Michelle Branch and Patrick Carney have agreed to suspend their pending divorce case for six months to attempt reconciliation, a court order signed Tuesday by a Tennessee judge and obtained by Rolling Stone confirms.

The court order states that Branch, a Grammy-winning singer-songwriter, and Carney, drummer for the Black Keys, can attempt to repair their marriage without giving up any ground in the event the effort fails.

“All proceedings in this case are hereby suspended without prejudice,” the order signed by Davidson County Third Circuit Court Judge Phillip Robinson reads. “During the period of suspension the parties may participate in counseling services to effectuate reconciliation and/or may resume living together as husband and wife and their acts and conduct in doing so shall not be determined condonation of any prior misconduct and all acts or actions by the parties prior to the entry of this order shall remain and constitute grounds for divorce.” 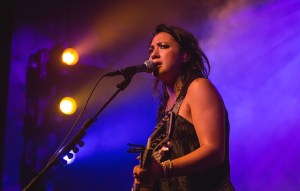 They made headlines last month amid a dramatic breakdown in their relationship. Branch publicly accused Carney of cheating in a Twitter message she later deleted. “Just found out my husband cheated on me … while I was home with our 6-month-old daughter,” she wrote.

Hours later, the “Everywhere” singer was arrested at around 2 a.m. on August 11 after police were called to the couple’s home in an upscale suburb of Nashville for an alleged domestic disturbance. Branch purportedly admitted she slapped Carney in the face “one or two times” during an argument. A Davidson County Sheriff’s Office spokesperson confirmed the arrest to Rolling Stone and stated Branch was released on $1,000 bail the same day. The domestic assault case was later dropped.

“To say that I am totally devastated doesn’t even come close to describing how I feel for myself and for my family. The rug has been completely pulled from underneath me, and now I must figure out how to move forward,” Branch said in a statement to People. “With such small children, I ask for privacy and kindness.”

Branch’s divorce lawyer declined to comment when reached by Rolling Stone on Tuesday. Attempts to reach Carney’s lawyer were not immediately successful.

According to the reconciliation order, Carney is on the hook for any costs associated with dismissal of the action.

‘I came second in everything’: Martin Kemp on Spandau Ballet, George Michael and stepping out of his brother’s shadow | Martin Kemp