Prefaced by Maxwelll’s  emotive cover of “The Lady in My Life” at the 2022 Billboard Music Awards last evening (May 15), Sony Music and the Estate of Michael Jackson are formally announcing the release of Thriller 40.

Arriving Nov. 18 in celebration of the groundbreaking album’s 40th anniversary, the double-CD set will package the original Thriller (whose nine songs included “Lady”) along with a bonus disc of never-released tracks that Jackson had worked on for the album.

Released Nov. 30, 1982, Thriller spun off seven top 10 singles with three achieving No. 1: “Beat It,” “Billie Jean” and the title track. In addition to winning eight Grammys and setting various chart records, the album has since been RIAA-certified at 34-times platinum. Having amassed more than 100 million in sales worldwide, Thriller is the biggest selling album of all time. Music from it as well as Jackson’s other hit albums is spotlighted in Broadway’s MJ The Musical, which recently earned 10 Tony Award nominations. 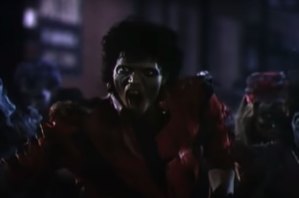 For the U.S., Walmart will sell an exclusive version of the original Thriller album featuring an alternate 40th anniversary cover. Target, meanwhile, will have an exclusive version of the original album with a commemorative Thriller 40 vinyl slip mat. Both versions will also be available outside the U.S. through various retailers. Additionally, several anniversary activations are planned between now and the end of the year. The first is new merchandise featuring the special Thriller 40 logo, now available exclusively through the MichaelJackson.com webstore.

Mastering the anniversary package from the original analog master tapes, Mobile Fidelity will also make the original Thriller available as a 33rpm LP, limited to 40,000 numbered copies, as well as a hybrid super audio CD (SACD). An UltraDisc two-LP set of Thriller will be released at a later date.