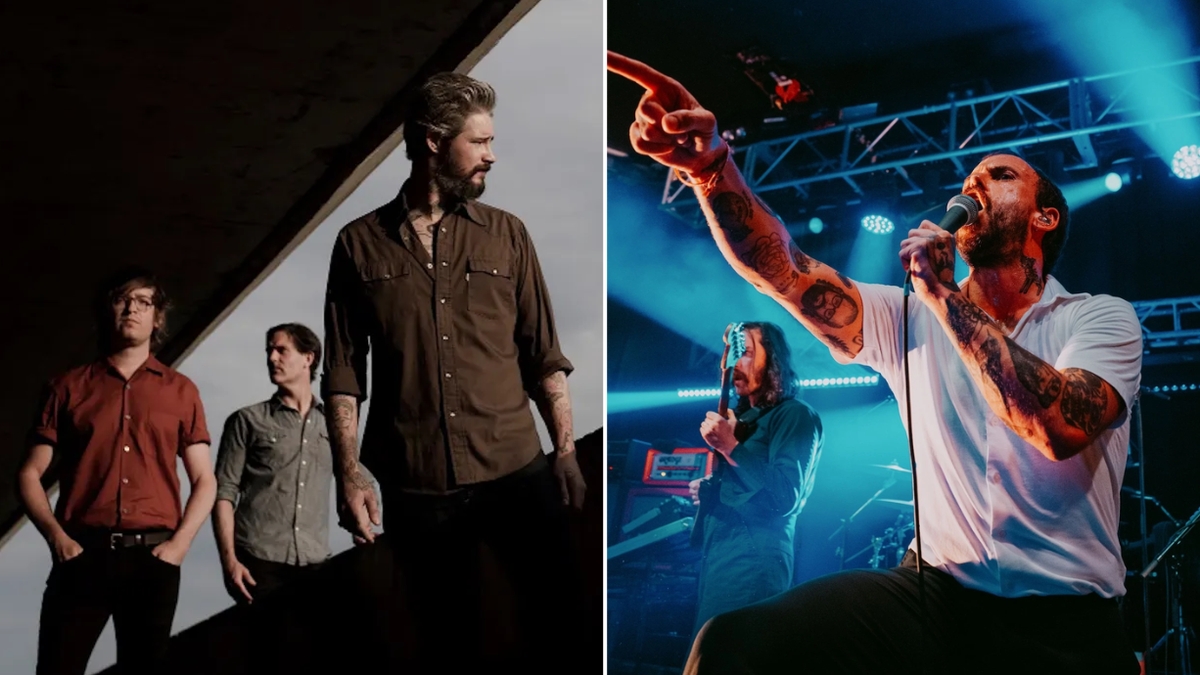 Toronto punks METZ have teamed up with IDLES’ Joe Talbot for their propulsive new track “Come on Down.” As a bonus, they also shared the previously unreleased “Heaven’s Gate,” which was originally available exclusively in the video game Cyberpunk 2077.

Chugging full speed ahead with distorted guitars, “Come on Down” was originally recorded for the band’s previous album Atlas Vending but left unfinished until Talbot came in. With lyrics like “I don’t feel myself today,” it jars the listener’s senses awake.

Watch the Bass Tone-directed video for “Come on Down” and stream “Heaven’s Gate” below.

“During the pandemic I really gravitated towards the idea of collaboration as a way to fill the void left by the loss of live music,” METZ’s Alex Edkins said in a statement. “I reached out to friends from far and wide in order to get that feeling of community that gigs provide. Joe Talbot (IDLES) is a longtime friend who METZ has shared the stage with many, many times, and this song was a very natural and fun way to catch up with him and do something positive with our time off the road.”

Talbot added, “METZ have been a band we’ve looked up to since they came into our lives and made things better. I will never forget the first time I saw them or any of the other times. Allowing me to sing with them is a gift and I hope you like it. I love it and I love them. Long live METZ.”

METZ’s last album was the aforementioned Atlas Vending, released in October 2020. This fall, they are heading out on a North American tour in celebration of the 10th anniversary of their self-titled Sub Pop debut. See the dates below; tickets are available now via Ticketmaster.