The reunited Mercyful Fate, which performed last month in Las Vegas, will embark on its first North American tour in two decades this fall. The group, which will be supported by thrashers Kreator and the black-metal band Midnight, will be playing in theaters on a trek that starts, fittingly, the week before Halloween. Tickets will go on sale Friday at 10 a.m. local time.

“These will be the first Mercyful Fate concerts in North American theaters in over 20 years,” frontman King Diamond wrote in a statement. “Memories of a lifetime. Your special chance to see Mercyful Fate with the full European festival production, but up close and personal. You cannot miss this… I hereby respectfully invite you to ‘Come to the Sabbath,’ by which you may free your soul and feast with us in the dark of Night. Witches and Demons, you may come as you are! Satanic Regards – King Diamond 666.”

The group, whose only original members are King Diamond and guitarist Hank Shermann, is currently working on a new album and debuted a new song, “The Jackal of Salzburg,” when it made its first comeback show in Germany this past June. They also played it last month at Psycho Las Vegas during a set heavily focused on the band’s Eighties prime. It was the first time the group performed in the U.S. since joining Metallica for a medley of their songs at the latter band’s 30th anniversary shows. 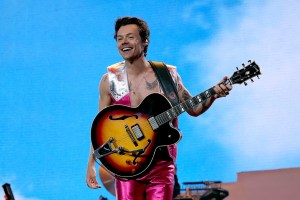 Although the group hasn’t toured in ages, Diamond has said he doesn’t view the tour as a reunion. “We are just picking it up again because the stars are aligned correctly now,” he recently told Creem. “And that’s been the thing all the time. Before, when people asked, ‘Do you think you’re going to play with Mercy again?’ I would never say never. But it’s got to be completely right. … Hank [Shermann] has the same philosophy. Either we do it 200 percent, or we don’t do it.”