London Hughes, Ziwe and More Women in Comedy Discuss Forging Their Own Paths and Sexism in Entertainment 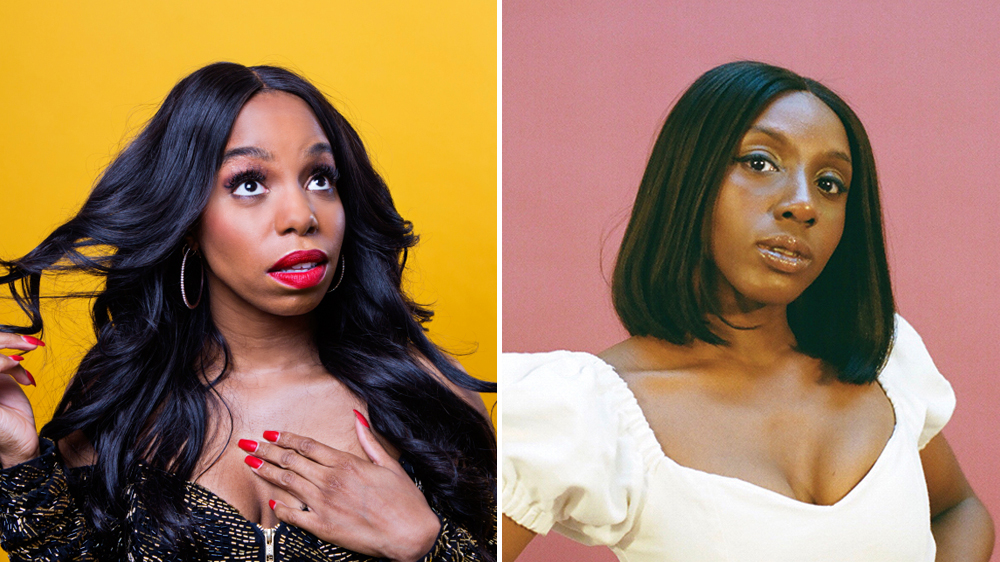 “You can’t follow trends, you have to set them yourselves,” said Ziwe, actor, writer and star of the upcoming variety show “Ziwe.”

Ziwe, along with Chelsea Devantez, London Hughes, Jana Schmieding and Rachel Sennott, gathered virtually at USC’s Women Creating Comedy panel, hosted by Shannon Hardy, to discuss carving their own paths and sexism in the entertainment industry.

To begin, the panelists — all pioneering women in comedy — talked about the tall task of making people laugh during a pandemic.

“There’s that old adage, ‘comedy is pain,’” Devantez, head writer of the upcoming series “The Problem with Jon Stewart,” said. “Pain and darkness have never stopped or influenced my comedy because that’s why I am a comedian.”

Hughes, who was the first British Black woman to be nominated for an Edinburgh Comedy Award for her stand-up special “To Catch a Dick,” added that funny women are needed more than ever during this difficult time. Speaking about transformations she’d like to see in the industry, she also noted that change starts with a series of seemingly small decisions.

The panelists also discussed the unique challenges faced by women in comedy, lending advice to young girls hoping to pursue a career in entertainment.

“You really have to create for yourself and create in that vacuum because you’re not going to get the instant gratification and validation,” Ziwe said.

While the panelists agreed that the concept of “paying your dues” is somewhat necessary to learn about the industry, they also noted how this idea has often been used to justify executives taking advantage of women and paying them less.

Schmieding said that in order to build a sustainable career, she had to really plan out her finances by pursuing a path in comedy while working other jobs. The panelists also discussed the idea of mentors, with Devantez pointing out that “looking sideways” at your peers for inspiration is often better than looking up at those above you. Ziwe emphasized the importance of making friends with classmates, but not necessarily in a “seedy” networking way. Most important, the panelists highlighted the need for women in comedy to support one another.

“The only reason that I ever got anywhere in this industry and as a comedian is because of other women — primarily women of color — who have lifted me up, and I vowed to do the same in my career,” Schmieding said. “It’s super important as a comedian to have a community.”

Meghan Markle Makes Impassioned Speech At 'Vax Live,' Says 'We Will Not Be Able To Truly Recover Until Everyone, Everywhere, Has Equal Access To...

Cruise Market Spars With CDC Over How to Reboot Cruisings