“Big Mouth” is a hard-boiled noir drama starring Lee Jong Suk as Park Chang Ho, a third-rate lawyer who winds up in charge of a murder case that turns him overnight into a genius con artist known as “Big Mouse.” In order to survive and protect his family, including wife Go Mi Ho (Girls’ Generation’s YoonA), the “big-mouthed” lawyer must expose a huge conspiracy among the privileged upper classes.

“Big Mouth” has been taking viewers on a wild roller coaster ride with its major twists and turns. Previously, Park Chang Ho discovered who Big Mouse really was, and he will officially dive into a legal battle with those in power. On the other hand, Go Mi Ho is struggling to find out about the strange connection between Gucheon Prison and Gucheon Hospital as a strange illness has been going around.

The newly released photos of the actors on set give a glimpse of their passion and affection for the drama.

First off, Lee Jong Suk doesn’t lose his radiant smile despite the hard efforts he must make to faithfully portray his role. YoonA, who is showing perfect synchronization with Go Mi Ho, shows her professional side as she calmly immerses in her role. Kwak Dong Yeon, who increased the drama’s thrill and excitement with his mysterious role, exudes a special presence on the set. 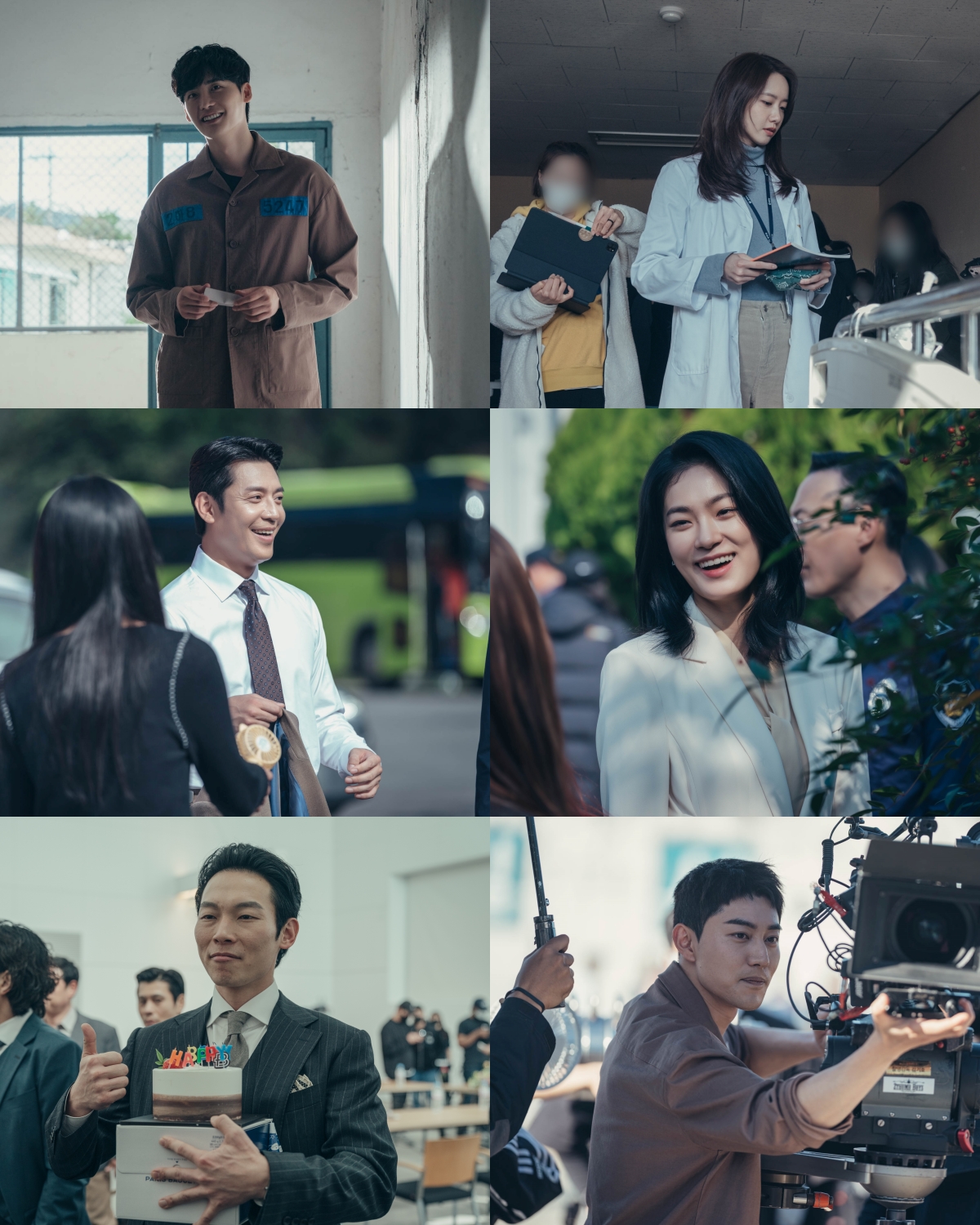 SEVENTEEN’s Parents Show Their Support At Their “Be The Sun” Concert In Jakarta, And...