The group agrees that there’s one thing they worry about. 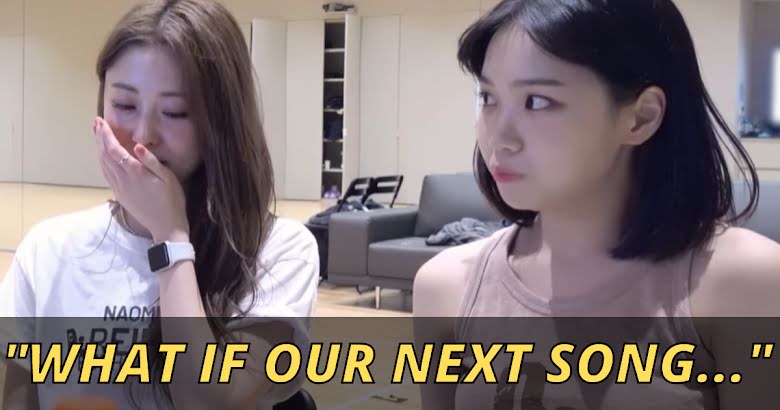 It’s already been a month since LE SSERAFIM returned with their second mini-album, ANTIFRAGILE, and fans still can’t get enough of the mesmerizing and impressive choreography.

“ANTIFRAGILE” is a fun, fast-paced song that was given quick choreography to match. Although the group now performs the tiring routine effortlessly, it took a lot of hard work and diligence to master the steps.

Recently, LE SSERAFIM released a behind-the-scenes video showing fans a closer look at their preparations for the “ANTIFRAGILE” choreography. While they were practicing for their recent promotions, they couldn’t help wondering about what was next for them, and they hilariously had one fear for their future promotions.

The behind-the-scenes video took place in the group’s dance practice room, and within the first few minutes of the video, the members were already out of breath while in the early stages of perfecting their choreography.

The group worked on every last detail, from facial expressions to dancing in thick sole boots as they approached the filming date for their music video.

The group worked hard to overcome obstacles, and at times the challenge proved to be too much for the group’s maknae Eunchae, who briefly became upset with setbacks due to her shoes, which she quickly overcame with her dedication.

After hours of practice, the group sat down for a well-earned meal. Members Kazuha, Yunjin, and Chaewon were the first to receive their food.

As they waited for Sakura and Eunchae, Chaewon and Yunjin shared that they didn’t think there could be a song with choreography that was more difficult than “FEARLESS.” They then hilariously shared that they’re scared for their next comeback if the choreography is going to become even harder.

When Sakura and Eunchae arrived, Yunjin filled them in on their discussion. The two also agreed that there wasn’t another LE SSERAFIM song with choreography that was more difficult than “ANTIFRAGILE.”

On the plus side, the group has a newfound appreciation for the choreography for “Blue Flame,” which was a song from the group’s first mini-album, FEARLESS.

Although the group has built their concept around being fearless and continuing to push through difficulties, there is at least one thing that can strike fear in the talented members.

Check out more on the demanding choreography and LE SSERAFIM’s true personalities below!

LE SSERAFIM’s Eunchae Suddenly Burst Into Tears During Practice, And The Members Showed Their True Personalities