Unbound Entertainment Group has just announced two more stops for CAMO’s “CAMO: WIFEY TOUR“. The Korean rapper/songwriter has become a rising star in the global music scene, captivating listeners worldwide. Her demand is reflected in her upcoming extended tour, as the artist will now greet fans in six cities across the United States and Canada this summer.

CAMO’s premiere show will happen in Los Angeles at 1720 on Aug. 16. The artist will subsequently host shows in San Francisco at the Brick & Mortar on Aug. 17, in Vancouver at the Fox Cabaret on Aug. 18, in Toronto at the Hard Luck Bar on Aug. 19, and in New York at the Mission NYC on Aug. 20. She will conclude her packed tour with her final stop in Calgary at the Commonwealth on Aug. 22.

CAMO was born and raised in Hong Kong, moving to Korea in her early teens to pursue a music career. She officially debuted on Mar. 10, 2020, with her first EP, “ICE“, gaining an admirable following for her lyricism and unique vocal color. Since then, she has collaborated with other notable Korean stars, featuring popular Korean rapper Simon Dominic on her second single, ‘Wifey’. CAMO has continued to demonstrate her popularity as an emerging act, unveiling impressive collaborations with BIBI, Coogie, JMIN, and many more.

Her extended North American tour follows the momentum of her shows in Europe last year. CAMO performed to eager crowds in Paris and London, expanding her presence as a worldwide artist. Her upcoming concert dates across Canada and the United States demonstrate her growing popularity as a fresh soloist ready to take on the global music market. 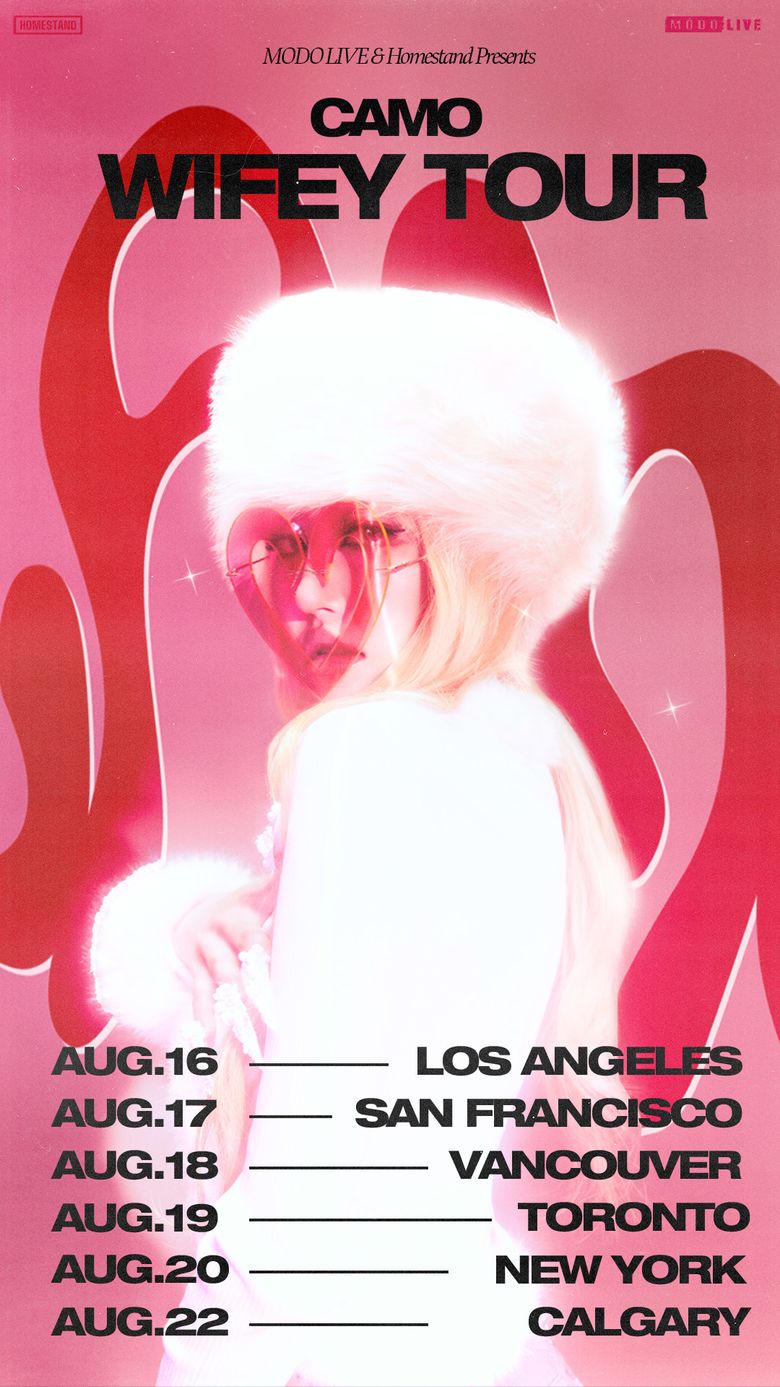 You can find tickets here!

Be sure to check out other K-Pop and K-Hip-Hop world tours happening in these posts:

Beatles’ Revolver reissue shows band in new light: ‘This is the record where we were each most ourselves’ | The Beatles