KCON 2022 Saudi Arabia has unveiled its lineup of performing artists!

KCON is a major convention and music festival that celebrates Korean pop culture and entertainment, and it includes concerts featuring performances by popular K-pop artists. Before the COVID-19 pandemic, the convention was held each year in countries such as the United States, France, Australia, Mexico, Japan, Thailand, and more—and after a two-year hiatus, KCON resumed holding in-person conventions this past May.

This year, KCON is heading to Saudi Arabia for the very first time. KCON 2022 Saudi Arabia will be held at Boulevard Riyadh City on September 30 and October 1, and it will feature two nights of concerts with different performing artists.

THE BOYZ, Sunmi, Rain, PENTAGON, P1Harmony, and SECRET NUMBER will all be performing on Day 1 (Friday, September 30 local time), while ATEEZ, NewJeans, Hyolyn, ONEUS, STAYC, and TO1 will be taking the stage on Day 2 (Saturday, October 1). 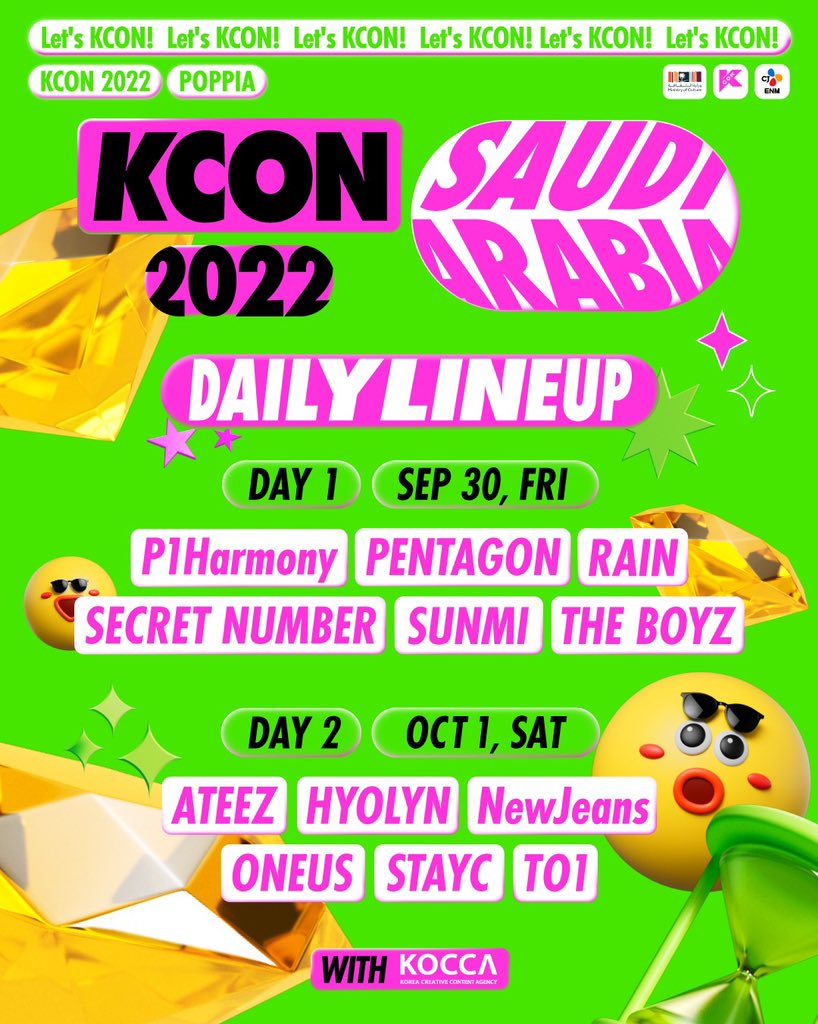 An Emmitt Till Biopic is Releasing This Year; Watch the First Trailer Here

Are you excited for the first-ever KCON Saudi Arabia?