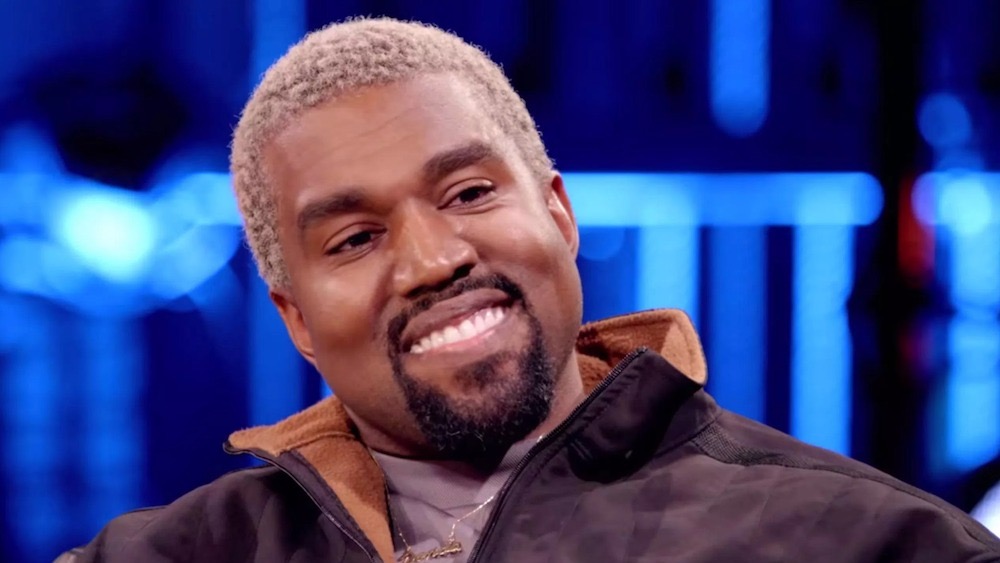 No one is happier about Kim Kardashian and Pete Davidson’s breakup than Kardashian’s ex-husband, Kanye West.

The photoshopped image also takes a swipe at Kid Cudi, whose creative partnership with West soured due to Cudi’s own friendship with Davidson. “Kid Cudi meant to play funeral but fearful of bottle throwers,” a sub-headline reads, referencing Cudi’s recent appearance at Rolling Loud where he ended his set early after fans of West threw objects onto the stage.

After Davidson began dating Kardashian late last year, West repeatedly verbally and physically threatened the SNL star by encouraging his fans to publicly harass the comedian. He also a pair of music videos in which he decapitated, skinned, and buried Davidson alive.

Despite the breakup, it does not appear that Kardashian will be getting back together with West, with whom she shares four children. According to TMZ, Kardashian and West’s divorce is still moving forward and is expected to be finalized before year’s end. Last week it was reported that West split with yet another divorce attorney — the fifth lawyer to work on the case to date — due to “an irreconcilable breakdown” in communication.

James Blunt to star in new documentary about his backstory