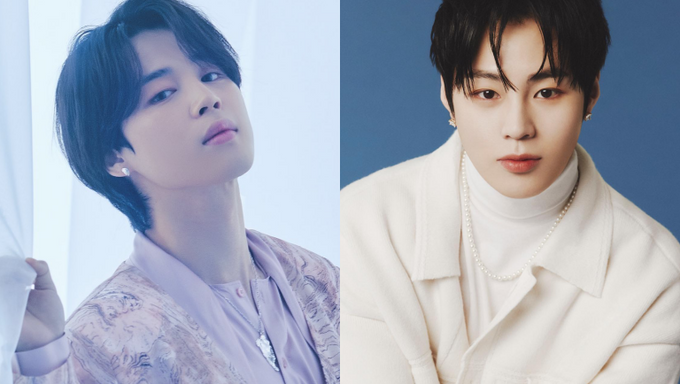 Readers voted for BTS’ JiMin and Ha SungWoon in our monthly poll to be featured this month. If you are a new K-Pop fan you might not know how their friendship started. Let’s take a look back at their friendship.

BTS JiMin and Ha SungWoon are known to be close friends.

For starters, let’s explore their bromance name. Ha SungWoon once posted a photo of the two with the caption #ManggaeGureum.

‘Manggae’ is from JiMin’s nickname ‘Manggae Ddeok’ which is a Korean nickname used for him because in his earlier years as an idol his cheeks resembled soft rice cakes (which is where the name comes from). ‘Gureum’ means cloud and stems from the ‘Woon’ in Ha SungWoon’s real name. 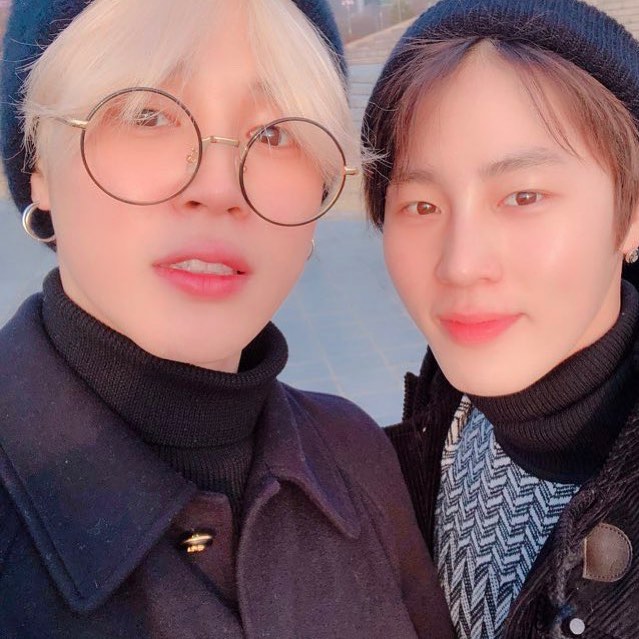 The cute combination of the two nicknames gave birth to their bromance name. They originally became close due to their similar personalities.

Ha SungWoon is known for speaking affectionately about his friendship with JiMin. He has been quoted saying that he thinks JiMin is very kind and is a person that he is always learning from. He elaborated that he learns small things one at a time from him.

It is adorable how much he cares for JiMin. In a variety show mission, he once called JiMin and had to get him to say, “I’m happy”. The mission was a piece of cake as the two had spoken about the subject the day before. Ha SungWoon had told JiMin that he wishes for him to always be happy.

On another occasion, when Ha SungWoon was asked if JiMin wished him a happy birthday, he mentioned how JiMin had come to his house the night before and emphasized how kind JiMin is and how much he loves him and his endearing attitude.

Ha Sungwoon, singer and Jimin’s close friend, was asked if Jimin greeted him happy birthday. He revealed Jimin is the friend who came to his house at night.

He said he’s thankful for Jimin and that he’s such a kind, warmhearted friend he cherishes a lot.pic.twitter.com/zhKSNalSv7

They even support each other’s music and careers. The duo recently collaborated on a project together. In fact, they had been talking about doing the collaboration for a long time before it finally happened.

The pair collaborated on a duet OST for the popular K-Drama that just came to an end recently, “Our Blues”. Ha SungWoon was apparently signed to the project first and the production staff asked him to recruit JiMin to do it, too. JiMin agreed on the condition that they would be doing the song together.

You can listen to their OST ‘With you’ below.

The two are so close that JiMin even joked about the fact that when Ha SungWoon attended his concert, he was not doing the ARMY bomb wave.

Here’s the video of Jimin from the concert. 😆pic.twitter.com/Hnhmy1DrXv

Originally, Ha SungWoon had gotten one ticket to the show but his father really wanted to go as a part of his bucket list. As we all know, Ha SungWoon is known for his kindhearted nature and he gave the ticket up so that his father could attend the show instead. Luckily, he got a last-minute ticket and they were able to watch the show together.

You can tell that their friendship goes way back.

In fact, JiMin even shared his support for Ha SungWoon during his “Produce 101 Season 2” days. The way they have supported each other over the years is so admirable.

They have always celebrated each other’s wins, too. It is truly heartwarming to see.

Not only do they support each other in their work activities but they also enjoy spending downtime together.

JiMin once shared a vlog with Ha SungWoon where they were spending some quality time together traveling in Hawaii.

You can check it out here.

It is sweet to see them being one of each other’s sources of energy! Total friendship goals!

Boy Crush: Here’s Why THE BOYZ Q’s Hypnotic Energy Will Make You Fall For Him Each Time