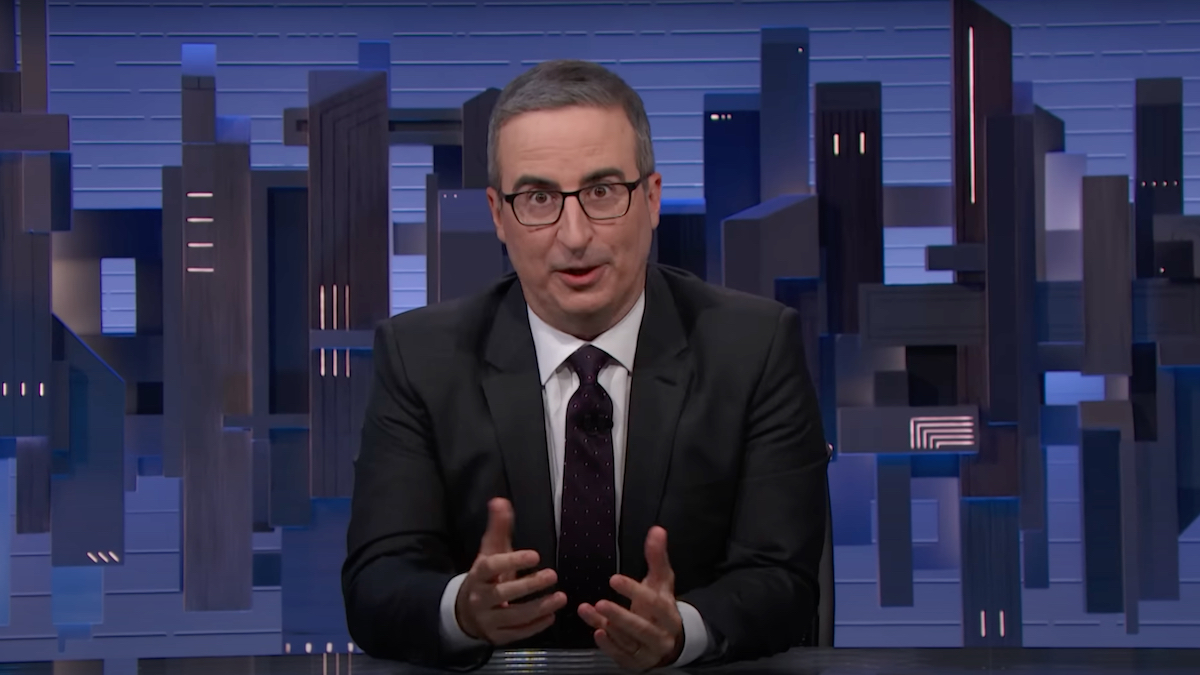 Sky still thinks it’s too soon to joke about the passing of Queen Elizabeth II. The UK pay TV service cut portions of last night’s episode of Last Week Tonight with John Oliver over tongue-in-cheek jokes the host made in reference to the late monarch, who died last week at 96.

Per Deadline, some viewers in the UK were surprised to find out that Oliver’s quips about Liz were scrubbed from the the British version of the HBO show. One incriminating punch line came when Oliver poked fun at accounts like The Crazy Frog and Dominos Pizza posting tributes to the Queen: “Obviously, we have to start with the UK, which is clearly still reeling from the shocking death of a 96-year-old woman from natural causes,” Oliver said. “It is a big moment this week and for some reason absolutely everyone felt they had to wade in on [it].”

A bit later, the host responded to the UK’s new prime minister Liz Truss’ praise of profit-making companies by saying: “The nicest thing the Queen of England ever did for anyone was die the week that woman became Prime Minister. Because for at least a week, she’s not going to be getting justifiably destroyed for answers like that.”

Of course, neither of these jokes were actually at Queen Elizabeth’s expense, but UK broadcasters evidently have a very low tolerance for harmless humor in this time of sensational mourning. US viewers can watch the full episode on HBO Max, but you can also check out one of Oliver’s jokes about the Queen below.

Queen Elizabeth II was on the throne for 70 years, making her the second-longest serving monarch in recorded history. People have expressed their grief in a number of ways: Despite writing the 1977 fascist-flaming ripper “God Save the Queen,” The Sex Pistols’ John Lydon wished her a peaceful rest. Pearl Jam performed a rendition of The Beatles’ “Her Majesty,” although their intention behind the cover remains a bit ambiguous. Lastly — but most certainly not least — it took the natural death of a nonagenarian for Kanye West to announce that he was “releasing all grudges.”

“The nicest thing the Queen of England ever did for anyone was die the week [Truss] became prime minister, because for at least a week, she’s not going to be getting justifiably destroyed.” pic.twitter.com/iGZFpZlSiz