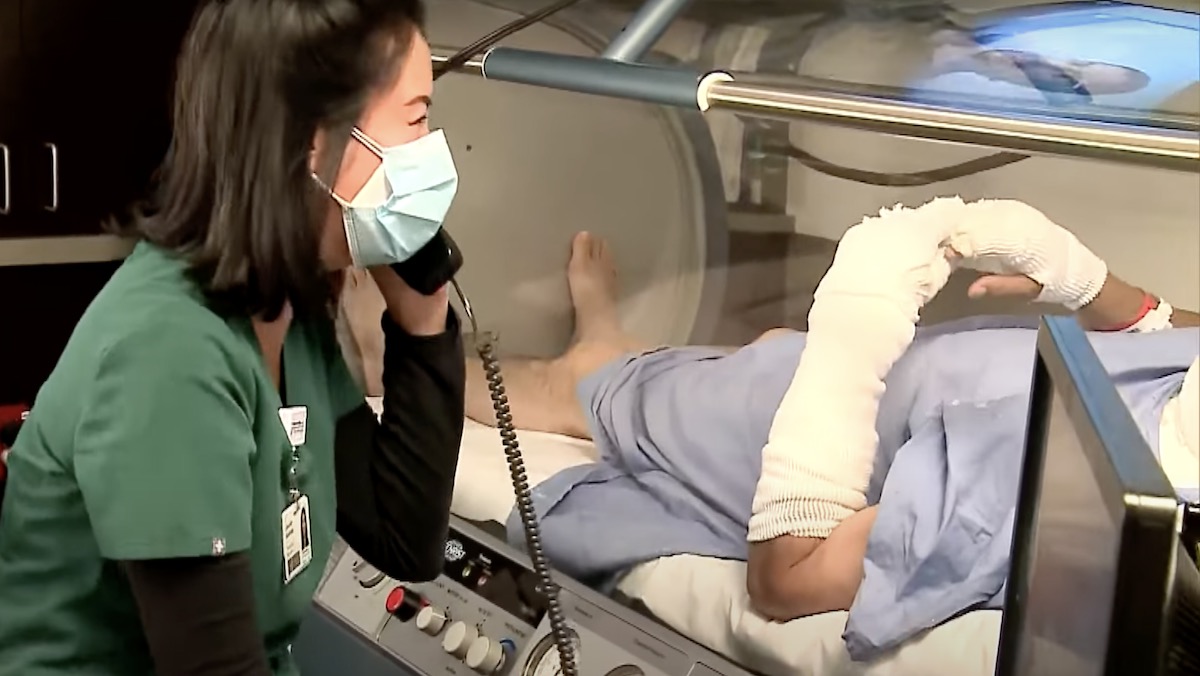 Jay Leno remains hospitalized, but is in “good” condition after suffering second and third degree burns when one of his vintage cars exploded last weekend.

In an interview with Inside Edition, Dr. Peter Grossman, the physician treating Leno at Grossman Burn Center, said that the 72-year-old comedian sustained “fairly significant” burns to his face, hands, and chest.

Leno already had one skin graft surgery, with a second procedure scheduled for later in the week. He’s also receiving “very aggressive” hyperbaric oxygen therapy — a treatment that decreases swelling and bacteria.

Grossman anticipates that Leno will make a full recovery, but acknowledged that he’ll likely have visible signs of scaring and disfiguration for the foreseeable future. “I think he’s realizing he does need to perhaps take it a little slower than he initially anticipated,” Grossman added, “but I do feel he will be back to work at some point soon, and back to things he loves to do, obviously, which is working on cars and going out and meeting people.”

R&B Singer B. Smyth Dead At 28 From Respiratory Failure

Leno was working on his 1907 White Steam Car when a clogged fuel line uncorked, spraying fuel in his face and a nearby spark ignited the gasoline. Fortunately, a nearby friend jumped on Leno and was able to extinguish the flames, potentially saving his life.