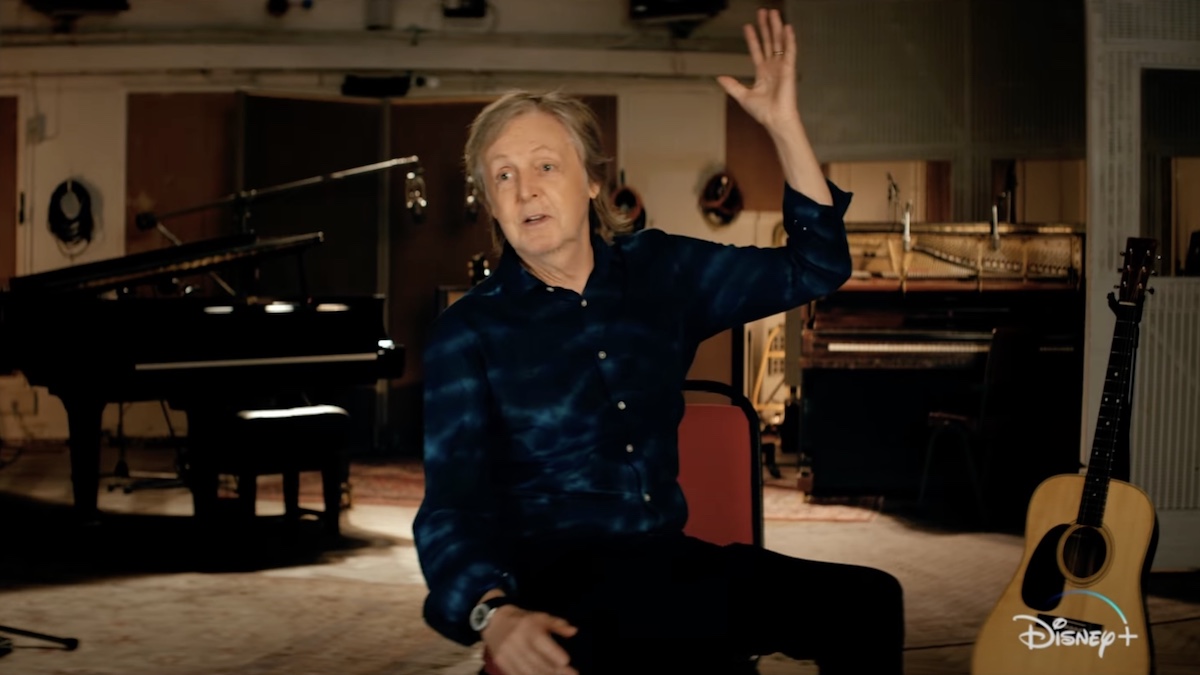 Abbey Road Studios was the backdrop for some of history’s greatest musical moment, but it takes center stage in the new documentary If These Walls Could Sing. The upcoming film from Mary McCartney streams December 16th on Disney+.

“When you enter a place with so much history around it, it’s kind of sacred in a way,” Elton John says to begin the new trailer. “People want to come here. They want the sound of Abbey Road.”

If These Walls Could Sing shows pictures of director McCartney crawling along the rugs of Abbey Road Studios, but it spends more time with her famous father, Paul, who along with the rest of The Beatles helped make those studios a household name. “This was our home, we spent so much time here,” he says.

One of the best moments comes when the elder McCartney, sitting in the studio, recalls a certain piece of equipment The Beatles had used, only to pause, turn around, and exclaim, “There it is!” Ringo Starr, Nile Rodgers, Noel Gallagher, Roger Waters, Celeste, and George Lucas are also seen extolling Abbey Road’s virtues in the trailer. Check it out below.