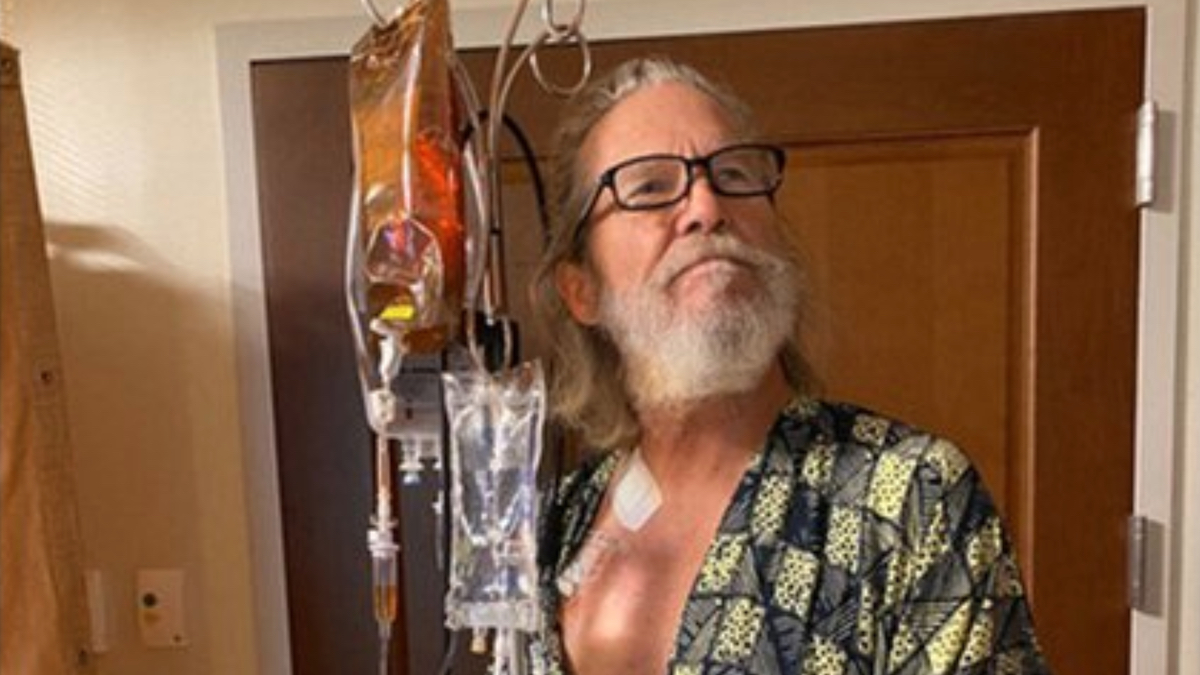 In addition to his seemingly endless list of awards and accolades, Jeff Bridges now has two more accomplishments to be proud of: Being in remission from cancer and beating COVID-19. But combatting those two illnesses in tandem is an unbelievably grueling task, and the actor recently opened out about getting “pretty close to dying” last year in a new People cover story.

Bridges was diagnosed with lymphoma in October 2020 after sensing what turned out to be a 12-by-9-inch tumor in his stomach. He quickly began chemotherapy, which thankfully nipped his cancer in the bud: “They got a cocktail that worked, and oh man it worked fast,” Bridges told People. “That thing just imploded.”

But while chemo works wonders on tumors, it does so at the cost of the patient’s immune system. In January 2021 — pre-vaccine times, mind you — Bridges caught COVID-19, causing him to spend almost five painful, miserable months in the hospital. “I had no defenses,” he explained. “That’s what chemo does — it strips you of all your immune system. I had nothing to fight it. COVID made my cancer look like nothing.”

The actor continued: “I was pretty close to dying. The doctors kept telling me, ‘Jeff, you’ve got to fight. You’re not fighting.’ I was in surrender mode. I was ready to go. I was dancing with my mortality.”

Bridges’ health started picking up again after his doctors treated him with convalescent plasma therapy, a treatment that uses blood from people who’ve recovered from an illness to help others recover from the same illness. Now, armed with multiple vaccine doses and a regular physical therapy schedule, The Dude has a new lease on life and an even deeper appreciation for his family: “Who would say, ‘I’d love some cancer and give me a dose of COVID?’” he said. “But my ability to receive all the love and give it was just heightened. Everything was turned up in the most beautiful way.”

You can catch a healthy Bridges in the new thriller series The Old Man, which premieres on FX June 16th.