In 2016, a drama called “Hwarang”, with a length of twenty episodes, made it possible to discover the universe of Hwarang to a large number of people. Behind the camera: Yoon SungShik and Kim YongJo, and as main actors: Park SeoJun, Go ARa, Park HyungSik, Seo YeaJi, Do JiHan, SHINee’s MinHo and BTS’ V. But do you really know about the real Hwarang?

To protect the Kingdom of Shilla (57 BCE – 935 CE), King Jinheung (reign: 540-576) decided to create an army of elite soldiers. This army was made up of sons of noble families, accompanied by disciples named Nangdo. These soldiers, answering the name of Hwarang, had to fight the invasions of the two other Kingdoms of Baekche and Goguryeo during the Three Kingdoms Era (57 av. J.-C.– 668). The history of Korean combat skills dates back to 5000 years and the Hwarang warrior system developed a particular style of fighting that was unique to the ancient Kingdom of Shilla. 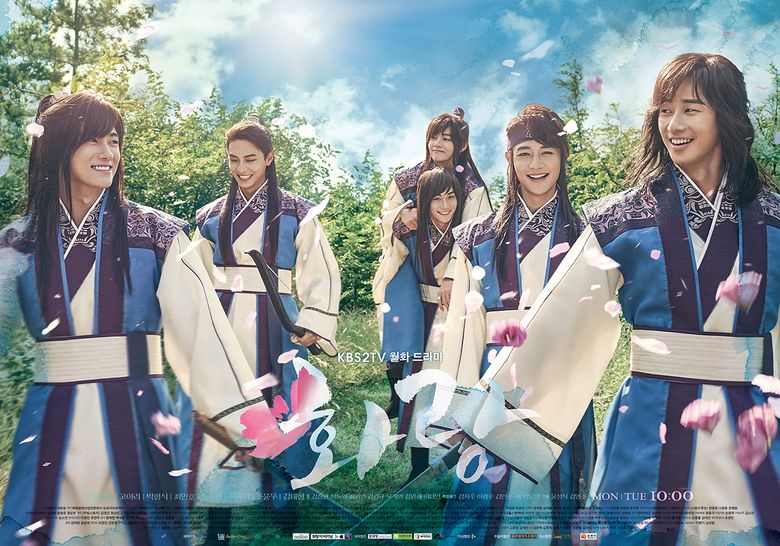 The term Hwarang meant “flowery knight” to symbolize the beauty of the soldiers and their delicate aspects. Thanks to them, the unification of the Three Kingdoms into one was possible, and their military training was based mainly on academic, martial, and social skills. They had monks as mentors, their leader being Wonkwang. The Hwarang trained mainly in the mountains and other hard-to-reach natural environments to prepare themselves to fight on any type of land. They mainly developed skills in archery, on the ground, or horseback. However, once the Three Kingdoms were unified, the Hwarang gradually weakened and returned to their noble status. 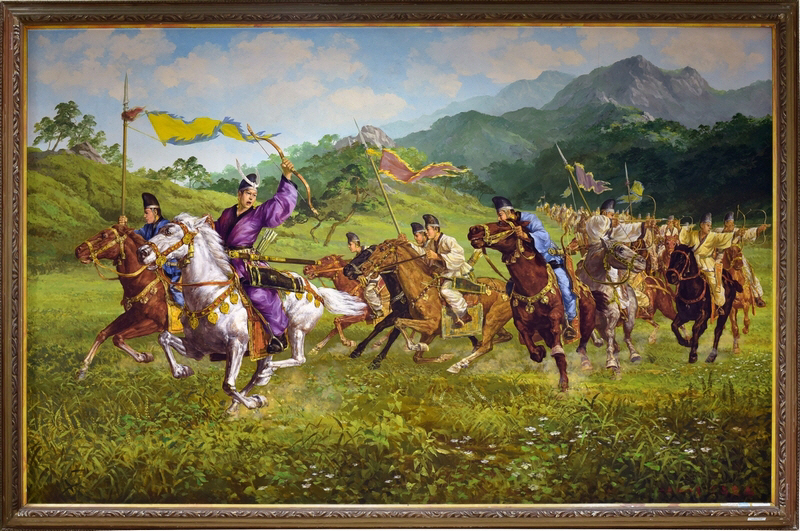 The learning of the Hwarang was based on five moral principles, dictated by the monk Wonkwang: (1) loyalty to one’s country, (2) honor and respect for parents, (3) trust and sincerity in friendship, (4) courage to not retreat in battle, and (5) never to kill without reason. They also learned art, culture, religion, combat, martial arts, meditation, emotional development, as well as songs, all based on the opposition between Yin and Yang.

Three old Korean books deal with the subject of these elite soldiers: the “Samguk Sagi” (historical chronicle counting the first ten centuries of Korean history, and more particularly, the period of the Three Kingdoms), the “Samguk Yusa” (collection of tales, legends, and historical facts), as well as the “Haedong Goseungjeon” (compilation of hagiographies of Buddhist monks during the Three Kingdoms period). 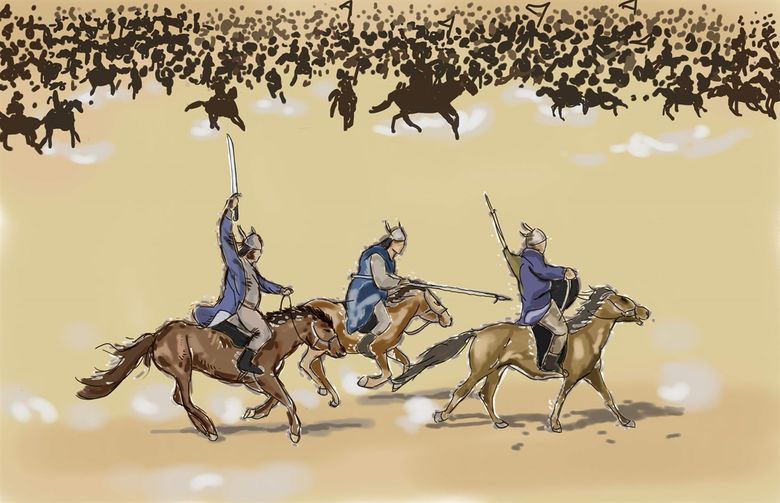 An equivalent of female Hwarang was created, called Hwanang, but quickly disbanded because of the constant arguments between the girls. In the 7th century, there were about a hundred Hwarang groups, but very few Hwanang. So, great detail was brought to the appearance of the Hwarang. They were dressed in beautiful clothes and wore makeup. It was even possible that a boy could not become Hwarang if he was not considered to be beautiful or graceful enough. Furthermore, the king insisted that they should not be depicted as soldiers, but as a group of educated and religious fighters.

The most famous Hwarang is undoubtedly Kim YuShin, having joined their army at the young age of fourteen, then becoming their leader. He is best known for making Korea’s unification possible when he worked as a general under King Muyeol of the Kingdom of Shilla. Besides, in July of this year, a movie about Kim YuShin has been released, called “Hansan: Rising Dragon”, starring Park HaeIl, Byeon YoHan, and Kim HyangGi. 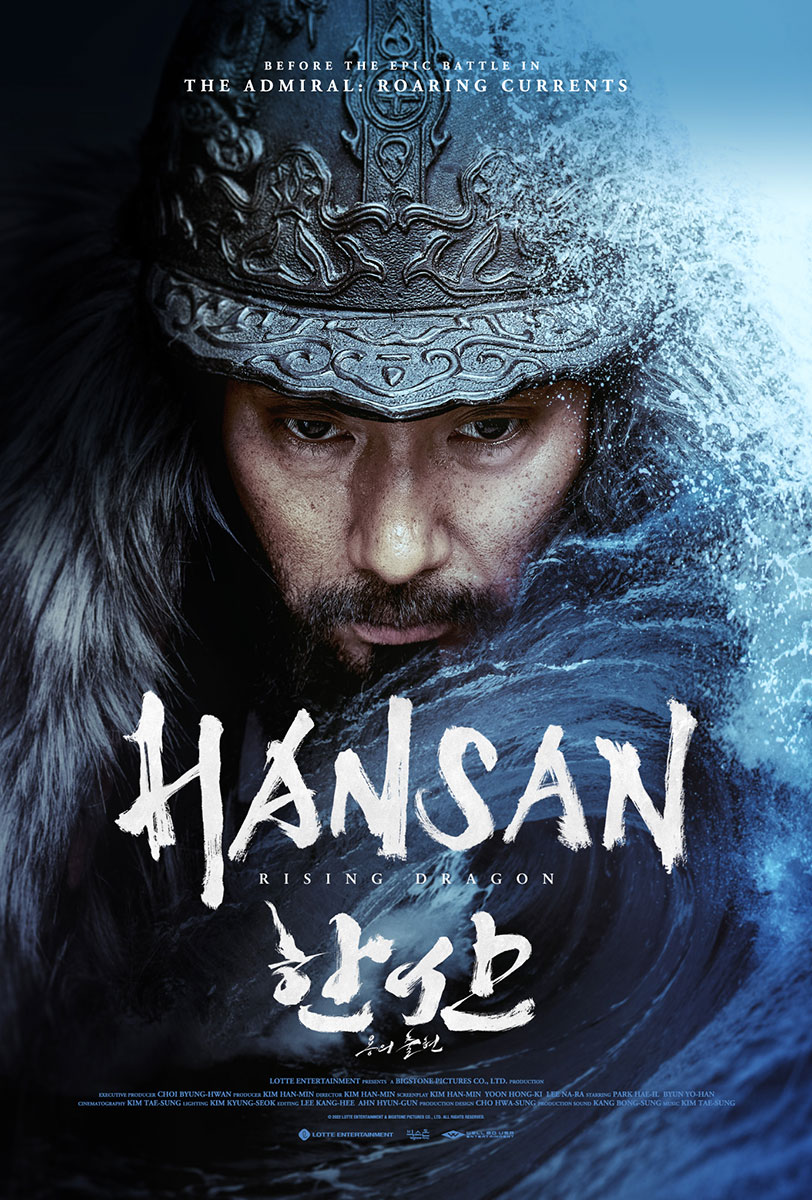 The combat skills of the Hwarang were preserved and were passed down through various generations to the present day. Nowadays, it is possible to learn more about their combat skills thanks to the Hwarang-do, a modern martial art inspired by the Hwarang soldiers.