Yungblud, a.k.a. the “Future of Rock Music” (according to Mick Jagger), is taking his recent self-titled third album onto the global stage with the arrival of tickets to his worldwide live set in 2023.

What Is Yungblud’s Next Tour?

Yungblud launches his 2023 world tour with a UK run starting in Cardiff on February 16th. He’ll stop in Birmingham and Manchester next, then play Newcastle and Glasgow over consecutive nights. The UK leg wraps at London’s OVO Arena Wembley on February 25th. He’ll then hop over to Europe for a March trek that hits Berlin, Paris, Milan, and more before concluding in Barcelona on March 12th.

He’ll kick off the North American block of his world tour in Seattle on April 28th, 2023, then move east via Las Vegas and Salt Lake City to a three-night stretch in Texas that hits Austin, Irving, and Houston. After two Florida shows in Miami and St. Petersburg, he’ll perform in Atlanta on May 19th and Raleigh, North Carolina on May 20th. Moving up the East Coast via Baltimore, Philadelphia, and Wallingford, Connecticut, Yungblud heads to Canada for shows in Toronto and Montreal to close out May.

The tour resumes in Sterling Heights, Michigan on July 23rd, 2023, followed by stops in Indianapolis, Cleveland, and Pittsburgh. Yungblud tops New York’s Rooftop at Pier 17 on July 14th, then hangs around the East Coast for shows in Asbury Park, New Jersey and Boston. He’ll head to Nashville on July 19th, Minneapolis on July 22nd, and Oklahoma City on July 24th. The tour is scheduled to end in Kansas City, Missouri on July 25th, 2023.

Who Is Opening for Yungblud on Tour?

Yungblud will be supported by powerhouse openers Neck Deep on his UK leg and The Regrettes for dates on his US and Canadian tour.

How Can I Get Tickets for Yungblud’s 2023 Tour?

General public tickets will then be released on Friday, September 16th at 10:00 a.m. local time.

Grab your seats via Ticketmaster. You can find individual ticket links below.

See Yungblud’s full list of tour dates below, and get tickets to all of his upcoming concerts here. 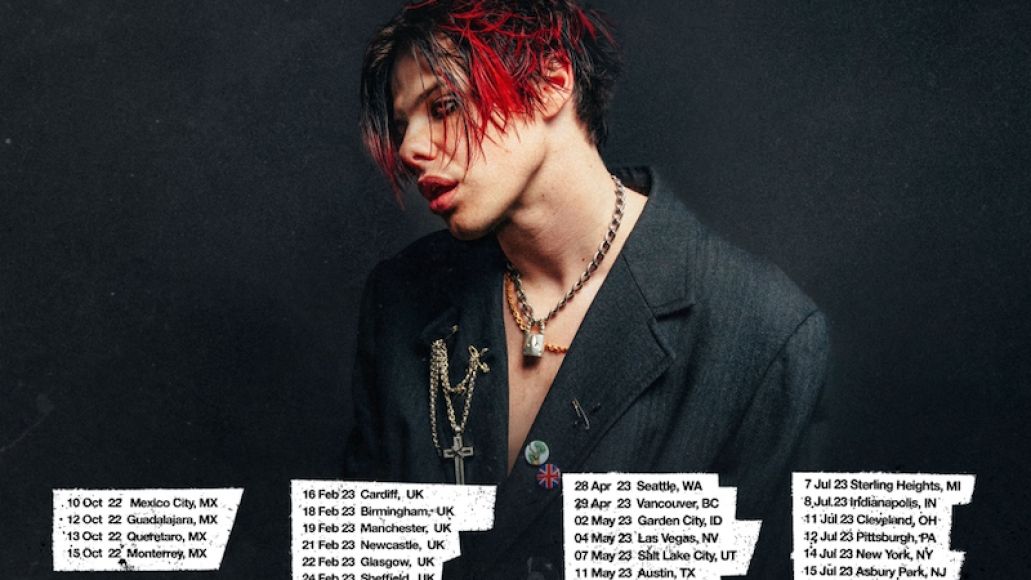 6 New Albums You Should Listen to Now: Bitchin Bajas, Pi’erre Bourne, and More