Each year K-Pop fans anticipate the new groups that will debut and take over the rookie scene. It’s exciting to watch how these groups grow and how they add their unique color to the varied rainbow that is K-Pop.

Naturally, trends are one of the things that make the K-Pop world go round. You can especially note this when taking a look at groups that debut and the approaches they take depending on what’s trending at the time. However, this is a more important decision for them as it usually sets the tone of what kind of group they’ll become.

We’ve noticed how the trends among debuting boy groups, in particular, have changed over the years. There have been notable changes in their concepts and even marketing strategies.

Marketing in K-Pop over the years

If we take a look at the overall promotion of K-Pop boy group debuts, we can easily see the difference in marketing techniques.

For example, in the first generation of K-Pop, g.o.d debuted in 1999 and became known for their ‘boy next door personas’ which was actually in contrast to the other groups at the time. Most groups focused on having members with handsome visuals (according to the standard at the time).

During this time when many K-Pop traditions were being established. For example, fans used balloons of different colors to distinguish themselves and the groups they supported (g.o.d’s color was sky blue). From here companies started marketing official fan colors which are still prevalent today but not as essential to a group or fandom’s identity. A lot of the groups that debuted in the past couple of years do not use official fan colors that much anymore. 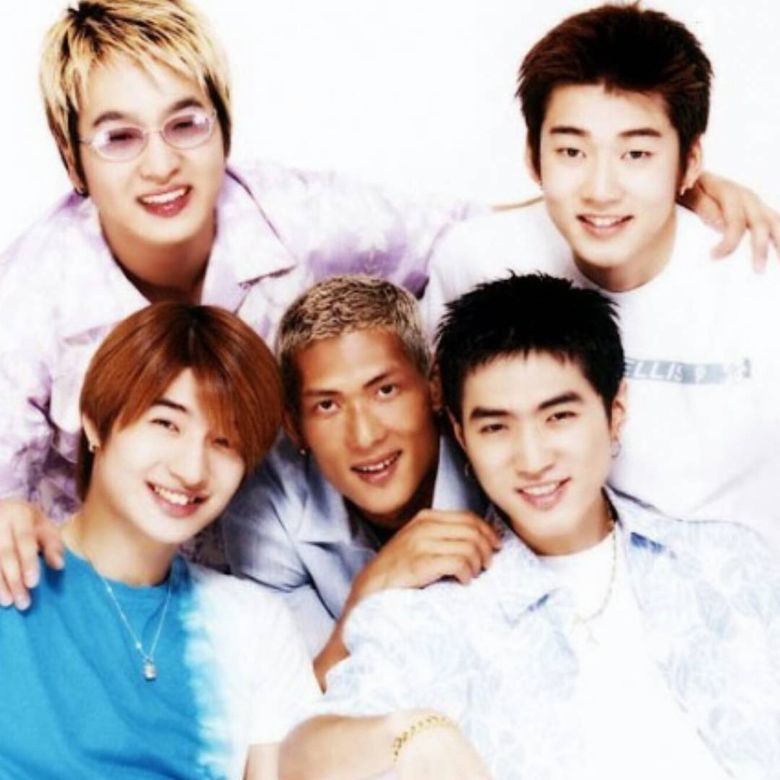 In the second generation of K-Pop, we saw the likes of BIGBANG bring attention to K-Pop on more than just Korea’s local scale. This was the era of expansion and raising interest in groups overseas (particularly in other countries in Asia) through marketing.

Groups such as BIGBANG became so big in countries like China that they had to cancel and reschedule concerts to prevent overcrowding as more fans than expected wanted to buy tickets to their performances.

Looking at rookie boy groups now, many of them are trying to appeal to and have succeeded in grabbing the attention of global audiences as much as possible. For example, groups such as EPEX have received recognition through a Hanteo Chart case study called the “Global K-Pop Report” in 2021 (the same year as their debut) dubbing them as super rookies because of their album sales and global appeal. Having global appeal is yet another trend still prevalent in K-Pop. 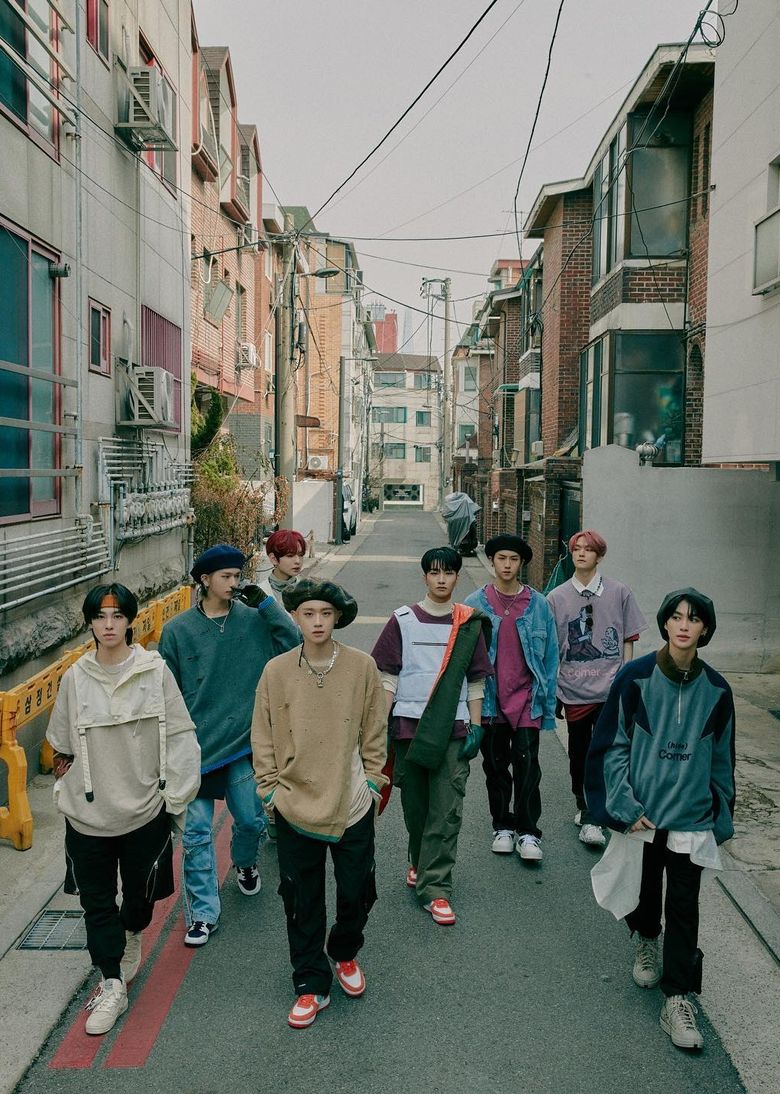 One Reddit user even credited the global success of a rookie groups to little things like whether they have English subtitles on their official channel’s videos or not, for example.

TOP MEDIA is home to groups such as MCND (who are thriving globally as well).

In the third generation of K-Pop, we saw a rise in social media popularity which also changed the way that K-Pop groups were able to market themselves. For example, groups such as BTS have some of the most followed accounts in K-Pop across all social media platforms. They gained their following over the years as fans fell for their music. 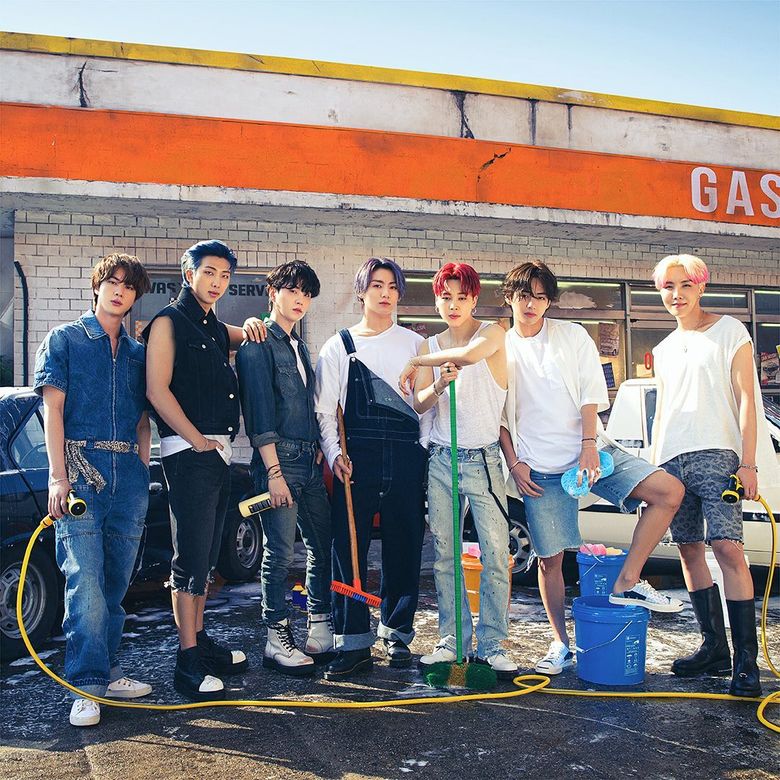 This became even more pronounced in the 4th generation and each rookie group that debuts have to come up with ways to maximize their social reach as it is a huge marketing tool for them.

In the past social media was mostly used to give updates on the group and to tease content. It was also only started after the group debuted. However, it seems that the way Korean entertainment companies are utilizing social media is slowly changing.

The trend seems to also have moved from just teasing the members of a new group to building their fanbase well before they do official group promotions. Many pre-debut groups are active on social media before they debut, allowing fans the opportunity to get to know the members in advance.

The pre-debut boy group under BigHit called Trainee A is a great example. They have yet to debut but already have a huge fan base (with more than 1 million followers on Instagram and more than 3 million on TikTok – as of June 2022) that is anticipating their official entrance into the K-Pop world.

Although social media following does not directly translate to a group’s success in terms of album sales and streams, it definitely translates to the awareness surrounding the group. Going viral on social media has become a crucial marketing tool in promoting rookie idols as apps like TikTok and Twitter appeal to the MZ generations the most.

Songs with dance challenges such as ‘Any Song’ by Zico proved that there is power in viral marketing.

Deserved. That Any Song tiktok trend he did went wildfire and it became a marketing strategy for kpop comebacks as well. 🔥🔥

Viral marketing can easily determine the success of a song, which has impacted things such as choreography in order to translate to social media. This has drawn mixed reviews from fans.

For example, some fans dislike how K-Pop choreography has changed to be contained in viral TikTok videos and challenges. Whereas, some fans enjoy the challenges and take part.

Unfortunately tiktok is part of marketing strategy in kpop and it’s something we can’t stop. Point dances are supposed to be repetitive and addictive. Like if sorry sorry by suju will be released today, the hand movement will probable a tiktok challenge. Even genie by snsd.

The fourth generation (the current generation of K-Pop) has brought a fresh twist to the above trends. This generation is all about experimenting; be it with social media, their promotion strategies, or their musical sound.

Groups such as TREASURE gained a lot of attention for their debut because of their promotion and marketing strategy. Instead of the usual debut and first comeback strategy where companies debut a group and then wait until fans crave the next song to make a comeback, they kept releasing music almost like a prolonged debut that made sure they cemented their impact in the industry even as rookies. 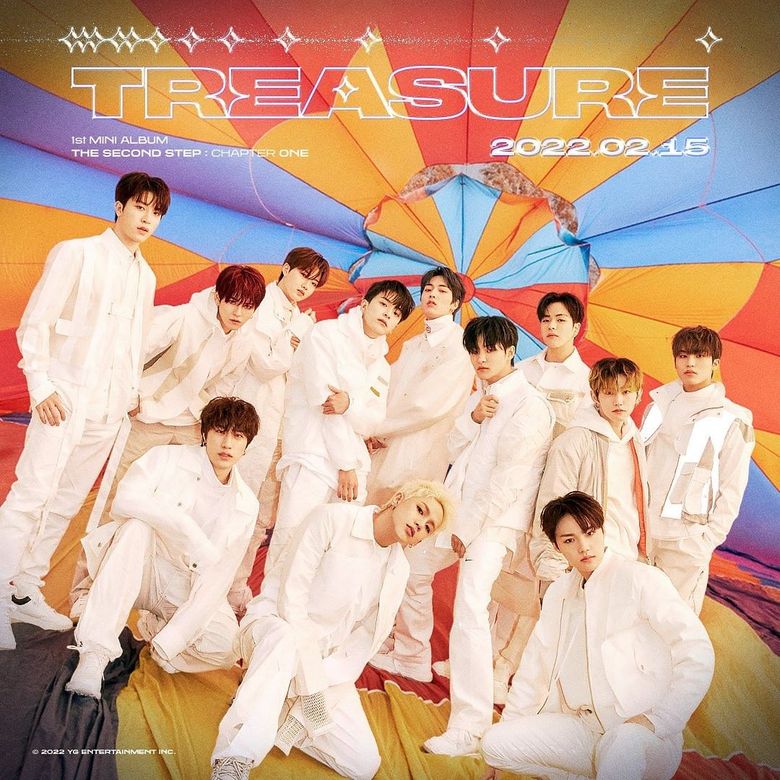 One Reddit user shared her admiration of YG Entertainment’s fresh debut strategy summing it up nicely. In the same way, rookie boy groups such as KINGDOM also had multiple comebacks in their debut year.

The way that groups are formed or members of the group are revealed have also become huge marketing tools when debuting rookie groups.

Groups made through survival shows are also rising in popularity. Before, male trainees who were independent or from different entertainment companies used to enter a show and compete to be part of a final lineup under a new company. Shows like this that gave us some iconic boy groups include the “Produce” franchise that gave us Wanna One and X1, for example.

Survival shows are great from a marketing perspective as they involve fans in the formation process of a group, simultaneously securing the final group’s fanbase and fan loyalty.

Other groups were even formed from there such as JBJ which was formed through a strong public sentiment that wanted to see the members debut. Even if idols don’t end up in a group from these shows, trainees can also hope to be scouted by other companies and added to their groups (if they don’t have an existing group already).

Companies have been showing favor to this type of group formation. An interesting example of a group made up of members from other (disbanded) groups and survival show contestants are OMEGA X. They are considered the Avengers of K-Pop due to their members with different strong suits coming together. 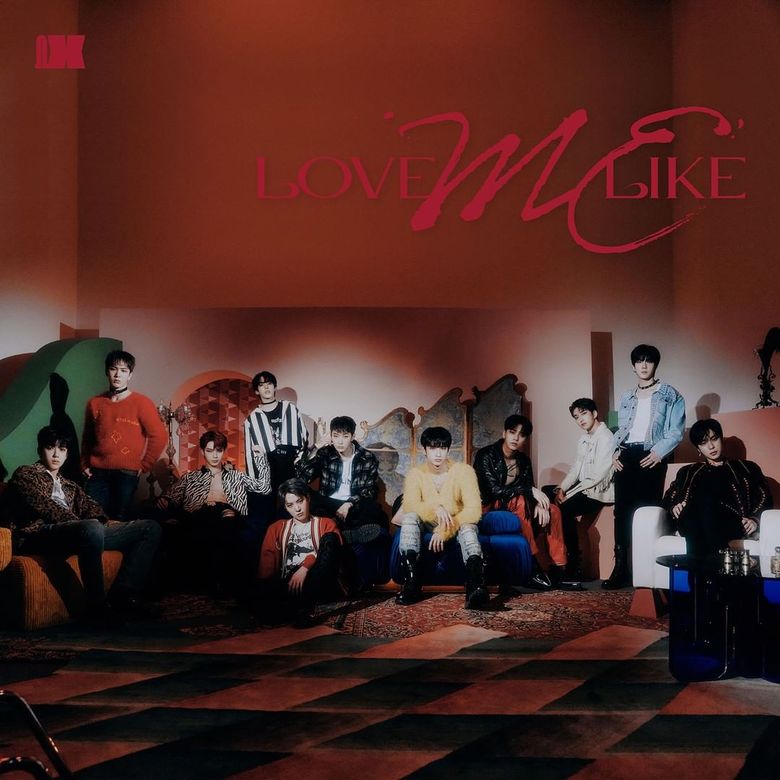 These days, it seems that companies want to leverage the attention and fan loyalty that comes from survival shows. Whilst some companies were already using this strategy before, more and more of them have started creating their own survival shows where a pool of trainees compete to debut in that company’s group now. For example, IST Entertainment created their own survival program called “THE ORIGIN: A, B, Or What?” which resulted in the boy group ATBO. 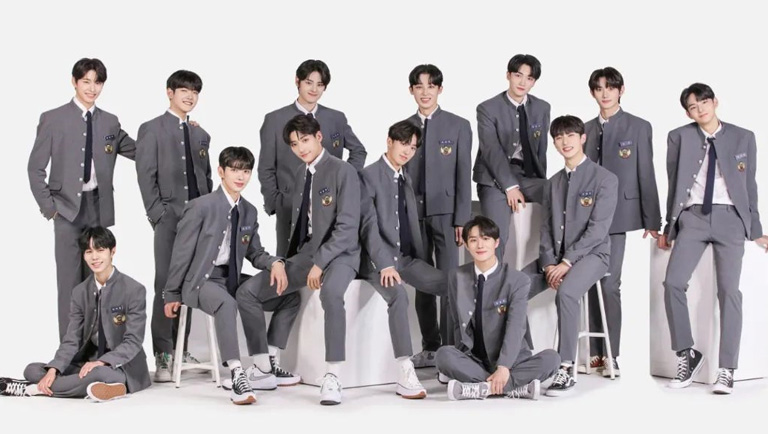 Another instance is how JYP Entertainment has used survival shows to find their group members multiple times. Their most recent endeavor was the joint survival program with P Nation called “LOUD“. Both companies founded their new groups with contestants from the show.

A brief look at marketing through group concepts

As we mentioned, fourth generation K-Pop idols switched up existing trends and further utilized them to generate hype for their groups. This even extends to their concepts.

Concepts recently have become heavily dependent on storylines, lore, and alternate universes. You can read more about storylines and their impact on fans in this article.

One observation that many fans have made is about the album titles used these days and group names themselves. Everything is connected to an overarching theme usually found within a group’s lore. For example, KINGDOM is one of the groups that stands out concept-wise among rookie idol groups. With unique names (uncommon in K-Pop) and a royal concept, they gained a lot of attention upon debuting in the K-Pop scene. Each member/king is in charge of a different kingdom e.g. Kingdom of Cherry Blossoms, Kingdom of Beauty, or the Kingdom of Change; and each album that they come back with represents a different reign. 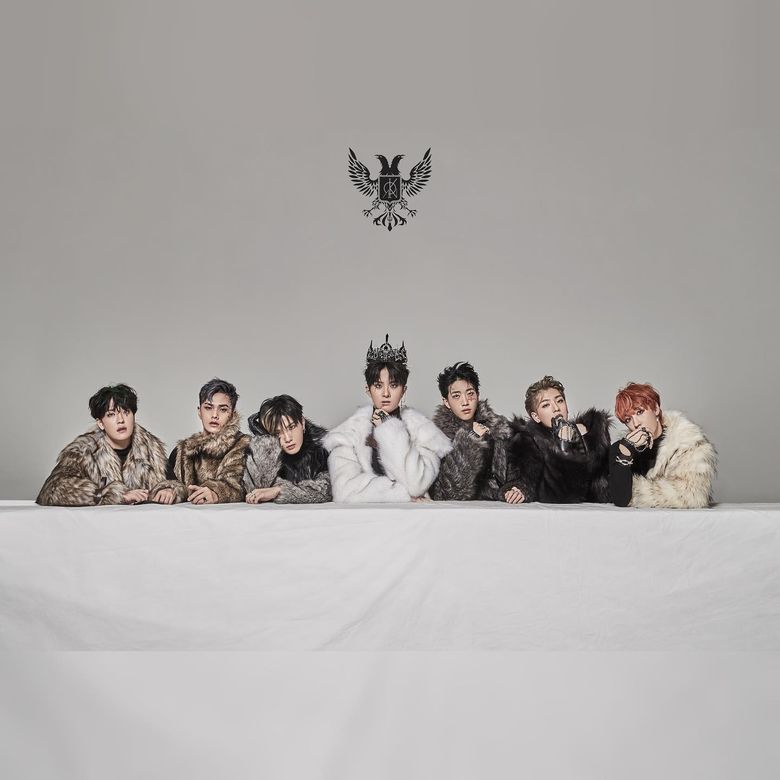 Anyone who looks at the name of one of their albums, concept photos, watches their music video, or hears their names will instantly become curious about their history and royal concept, showing the importance of storylines, lore, and alternate universe as a marketing device. These are essential to making a group stand out.

You may have noticed these trends and prevalences over the years in K-Pop and may be noticing them with rookie boy groups these days.

These are only a few of the marketing trends we have noticed. Have you noticed any? What do you think of K-Pop marketing strategies? Share them with us in the comments.

New Release Celebrates the Music and Art of Norma Tanega