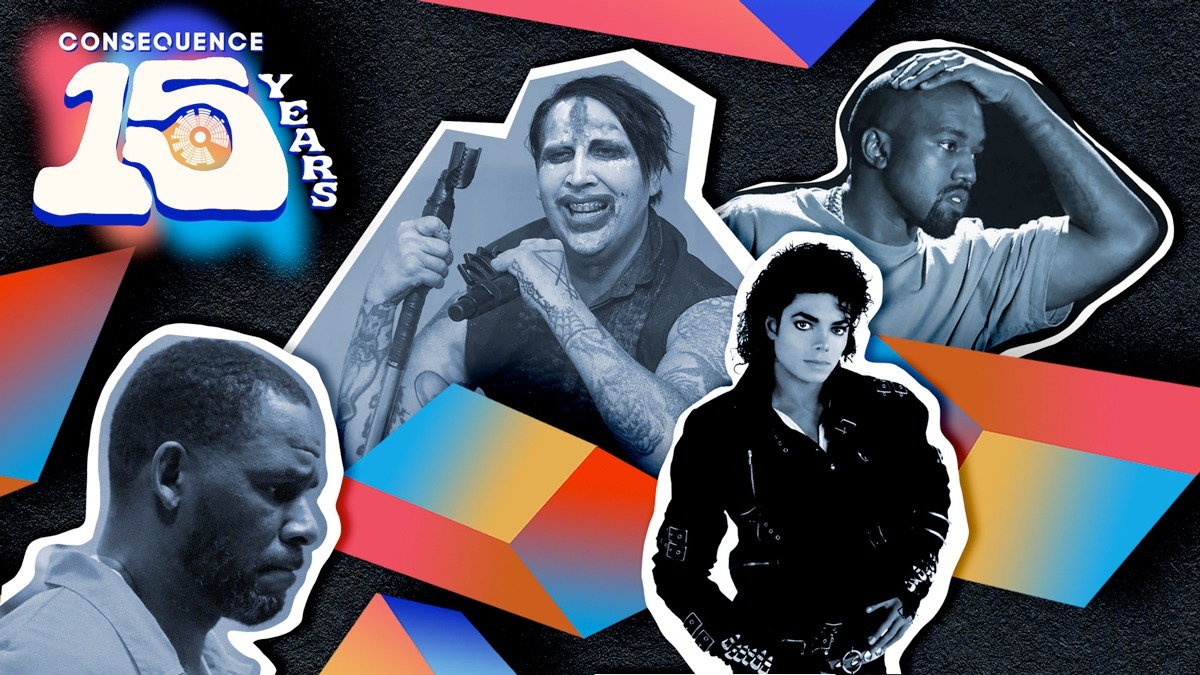 It’s Consequence’s 15th anniversary, and all September long we’ll be publishing a series of retrospective pieces encompassing our publication’s own history — and the entertainment landscape in general. Today, we’re opening up a discussion about how we decide to cover artists and their music — or not — when it all goes wrong.

When it comes to language around acceptable behavior, there’s a tendency towards binary thinking, as if breaking a taboo were the same as flipping a switch — “yes” to “no,” “politically correct,” to “politically incorrect,” “uncanceled” to “canceled.”

But that’s not exactly what happens. Let’s say, for example, that a great songwriter — a songwriter we all love — has been accused of something that a lot of people think is terrible. It could be violence or prejudice, racism, sexism, fascist politics, homophobia, transphobia, or sexual misconduct. It could be open to debate or interpretation.

When first we learn of such a transgression, each of us makes our own calculations. How bad are the allegations? How many? How credible?

Inevitably, a certain number of people drop out of the fanbase, while others double down. Sometimes, the accused faces legal repercussions, maybe even going to jail. But the world has more scandals than prison sentences, and mostly the stars press onwards, neither canceled nor uncanceled, diminished but not gone.

Everyone has their own idea of ethical music consumption, and there’s oceans between “proven guilty” and “perfectly innocent.” Consequence wrestled with this putting together our list of the 100 Greatest Albums of All Time. We asked ourselves how allegations of misconduct had changed our relationships to beloved music from important artists we’d covered frequently during our 15 years as a publication. We didn’t always agree. There’s no right answer.

So instead, let’s talk about that diminishing effect. Let’s talk about the patterns of how audiences respond in different situations, and those moments when a unified fanbase suddenly disagrees.

TWICE’s Chaeyoung Spills On Girls’ Generation Yoona’s True Personality After She Once Met The...