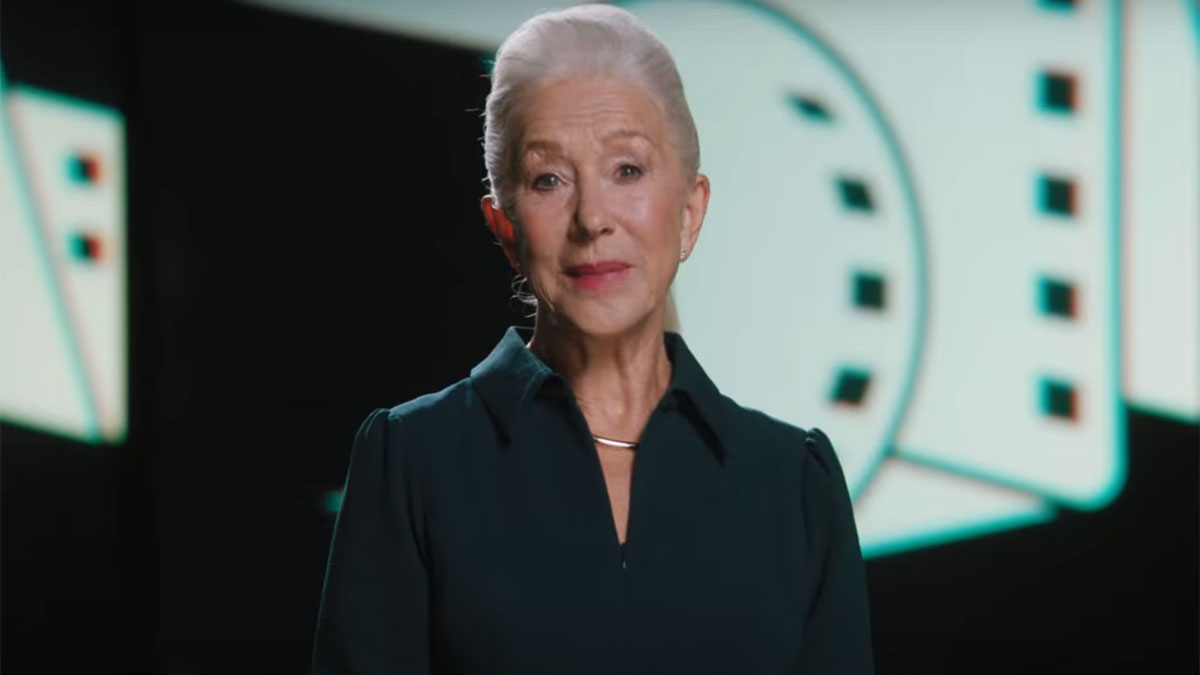 It’s been five months since I spoke with Helen Mirren about hosting the IFC spoof series Documentary Now!, and I still haven’t gotten over her saying that she doesn’t think she’s funny.

“I’m never comfortable with comedy,” she says, to be exact. “I’m so out of my depth with comedy. The only way I can deal with it is to be as serious as I possibly can be, if you know what I mean. I think if I was ever a part of a comedy team, I would definitely be the straight man. I wouldn’t be the funny one. I would be the one to set the joke up.”

It’s an opinion that comes from her deep respect for the genre: “I think much too seriously so I love watching comedy. I’m very admiring, especially on film, comedy is very difficult. I’m very admiring of people who do comedy well on film. I think it’s easier to do it live because film is so technical to maintain the timing and the lightness of improvisational quality on film, it’s very difficult. But no, I’m not very good at comedy.”

Not wanting to argue with Queen Elizabeth II/DCI Jane Tennison/Magdalene “Queenie” Shaw, I gently point out that she seemed very comfortable working on this show, given her talent for deadpan. “And that was the nice thing,” she says. “When they asked me originally to do the presentation for this, [I knew] this needed to be played completely straight and very very serious, like Masterpiece Theater. So I knew that I could do that.”

Mirren has been an integral part of Documentary Now! from the beginning of the series, which launched in 2015 with eerily accurate parodies of/homages to classic documentaries like Grey Gardens and Jiro Dreams of Sushi. So this June, I spoke with her in a trailer parked outside a Los Angeles soundstage, where she had just finished shooting her scenes for the upcoming season.

Watch: Han Ji Hyun And Bae In Hyuk Try To Stay Serious For Their Awkward Embrace In “Cheer Up”

The process took about two days, with her filming not just the opening and closing monologues for the series, but additional promotional material, like introductions for a recent series of screenings held at the IFC Center. Arriving early that afternoon meant I got to observe the filming process, and it’s a pretty pleasant way to spend a hot afternoon in Los Angeles, sitting in a director’s chair in a dark air-conditioned studio while, through a headset, you can hear Mirren’s calm clear voice as she works her way through each speech.

Praise Be to the Teleprompter

Hopefully it doesn’t ruin the magic to reveal that in her introductions, she’s reading those speeches via teleprompter, something she’s confident was a part of the conversation when it came to her initially taking the Documentary Now! job: “I’m sure it was an ‘And there will be a prompter, won’t there?’ sort of thing, absolutely. They’re pretty ubiquitous now.”

Otherwise, she adds, “It would take me months to learn it. Well I say that, but actually, once you’ve done it a couple of times, if you’ve just done it, you can remember it. You’re not saying it ten minutes later — but you can remember it right there and then.”

Fitz and the Tantrums to perform during Macy’s Thanksgiving Day Parade – 105.7 The Point