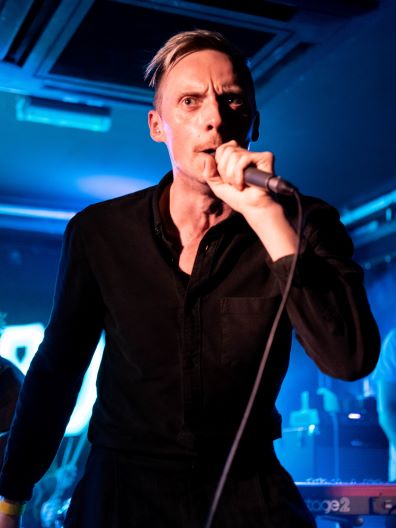 5 Uplifting Moments in Latin Music This Week (May 21) – Billboard

The world needs more people like Hamish Hawk. From the moment he steps onto the stage, he oozes charm and panache. Even before the end of the opening “Vivian Comma”, he’s got the room in the palm of his hand.

This is worth nothing without the tunes, but Hamish Hawk isn’t short of those. With a set based largely around last year’s Heavy Elevator album (recorded nearly three years ago, but delayed due to the pandemic), it’s an evening brimming with glorious guitar pop. There are echoes of The Smiths, Franz Ferdinand and The Divine Comedy via some shrewd lyrical observations and sugar-sweet melodies.

Hawk himself is a showman. His expressive stares and sporadic gestures combine with his smooth Scott Walker-esque voice give him a timeless presence. You imagine he’d be quietly comfortable in a silk smoking jacket, such is his suaveness. At no point does his charisma feel confrontational though and he clearly wants everyone to enjoy themselves as much as he is.

It’s a joy to finally hear tracks as joyful as “This”, “Whatever It Is”, “Needs Improvements” and “Calls To Tiree” live, but you sense this is just the start of great things to come for Hamish Hawk. New songs “Money” (boasting the opening line “Who buys a jacket from a gunmaker?”) and “Elvis Lookalike Shadows”, already sound like familiar favourites amongst his more established songs.

There’s no encore tonight, but it makes sense not to break a momentum built up by celebratory renditions of “Bakerloo”, “Unbecoming” (which sounds far more upbeat than the sing-along chorus of “And they will dance the Gay Gordons at my funeral” would have you believe) and “The Mauritian Badminton Doubles Champion, 1973”.

Instead, the band launches into a frantic but faithful cover of Pixies classic “Debaser”, before “Caterpillar” brings things to a close.

The pandemic may have stalled his run up, but Hamish Hawk is finally taking his chance to bowl us over.

CHRISTOPHE SZPAJDEL, Lord Of The Logos, Breaks Down Five Of His Most Iconic Works

CHRISTOPHE SZPAJDEL, Lord Of The Logos, Breaks Down Five Of His...