Jackson said, “I was lost…everything felt like a loop.” 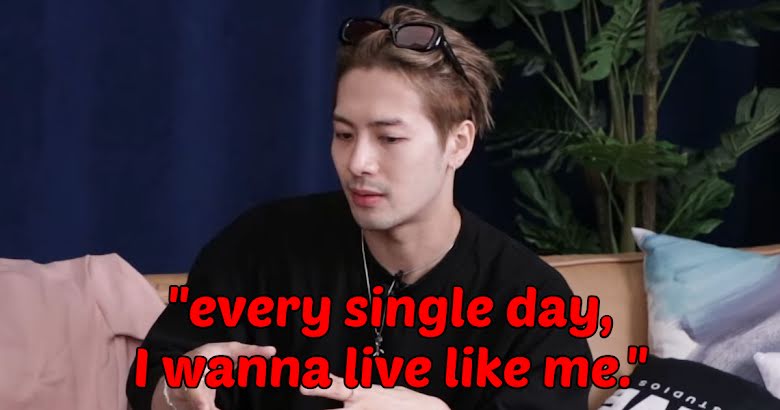 GOT7‘s Jackson Wang joined Eric Nam on the latest episode of his podcast, the Daebak Show, to talk about his second studio album Magic Man and what he had been doing to recover from a mental breakdown he had for over a year.

First, Eric asked Jackson what had made him reach the point where his mental health was at an all-time low. Jackson responded, “I was lost…everything felt like a loop. Every word, every people that I meet, every word that they say to me, everything…everything felt the same.”

I understand that because of this loop, I have this, right? But do I wanna be greedy and hold onto that, or do I wanna be true to myself at least once in my life? I might not be perfect…I felt the need to be honest to my audience…making sure that whoever they’re supporting know of Jackson Wang is really me.

He said he isolated himself and drank alone, telling his team to stop talking to him. In his time alone, Jackson realized that he couldn’t expect all the people around him to have the same artistic vision as him. People around him were mainly trying to package what he did as a product.

The outcome of Jackson’s realization was to completely cut ties with all the people around him to spend a year and a half with only himself, meeting himself and creating, which ultimately became Magic Man.

When Eric then asked Jackson if there was anything that helped pull him back from his slump, he said that when he spoke again to his producer and stylist, he felt like what they were saying meant something again.

Perhaps most importantly, Jackson learned that it was okay for him to say he was not okay.

He finished his thought by saying, “I might be gone tomorrow. You never know. But at least every single day, I wanna live like me. Be honest to myself, be honest to the audience, making sure that hey, this is the real me, not what you guys think I am.”

Watch the full podcast below. Jackson talks about overcoming his mental breakdown at the 37:48 mark.