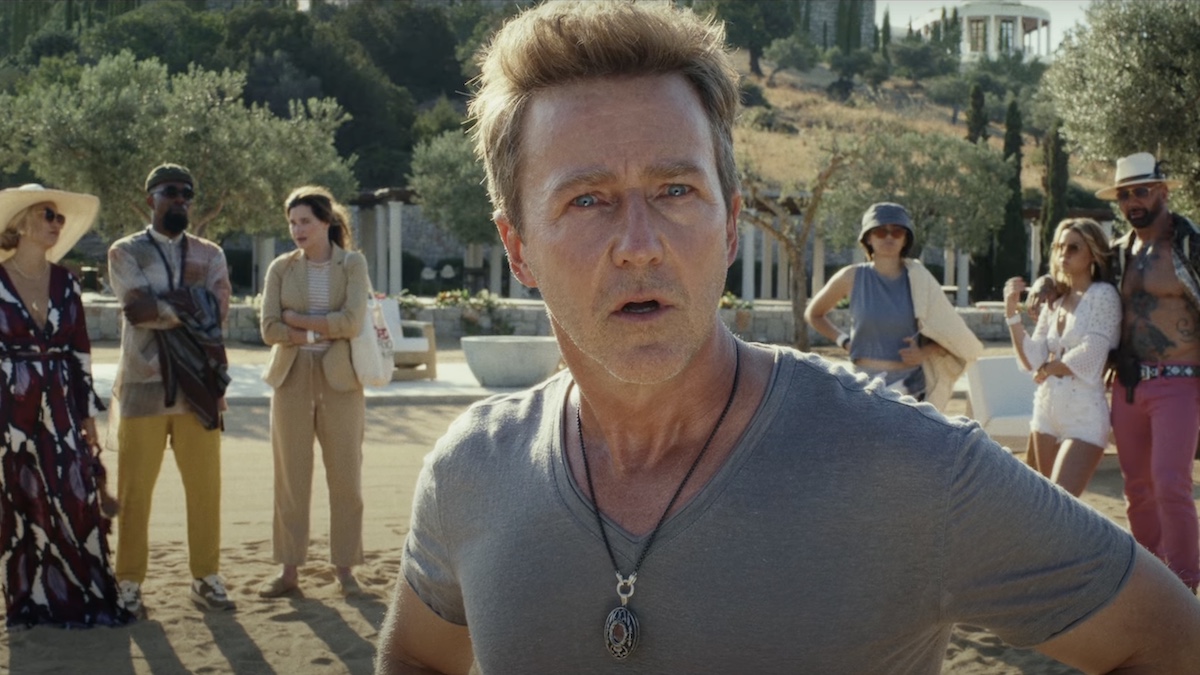 Daniel Craig’s “Kentucky-fried Foghorn Leghorn drawl” is back in the new teaser trailer for Rian Johnson’s latest film, Glass Onion: A Knives Out Mystery. This sequel to 2019’s Knives Out premieres at the Toronto International Film Festival  September 10th and Netflix on December 23rd.

The new preview opens with a yacht cruising over the picturesque waters of Greece near an island owned by billionaire Miles Teller (Edward Norton). From there, we see a group including co-stars Janelle Monáe, Kathryn Hahn, Leslie Odom Jr., Jessica Henwick, Madelyn Cline, Kate Hudson, and Dave Bautista seated around an ornate table. At the press of a secret button, the table unfold, revealing an intricate puzzle box of sliding pieces, twisting knobs, and hidden secrets.

“Ladies and gentlemen, you expected a mystery,” Craig’s detective Benoit Blanc says in the teaser. “You expected a puzzle. But for one person on this island, this is not a game.” The trailer also boasts Johnson’s trademark quippy dialogue, shots of gorgeous men and women in tiny swimsuits, and an all-time great confused look from Norton. Check it out below.

A theatrical release date for Glass Onion is pending. Revisit our feature on everything we know about the film now.

Universal Everything explore digital life in motion with Lifeforms

Cate Blanchett Is a Conductor on the Edge in TÁR Trailer: Watch

SEVENTEEN Woozi’s Reasons For Crying While Speaking About Their Track “Circles” Was Enough To...

Cate Blanchett Is a Conductor on the Edge in TÁR Trailer:...