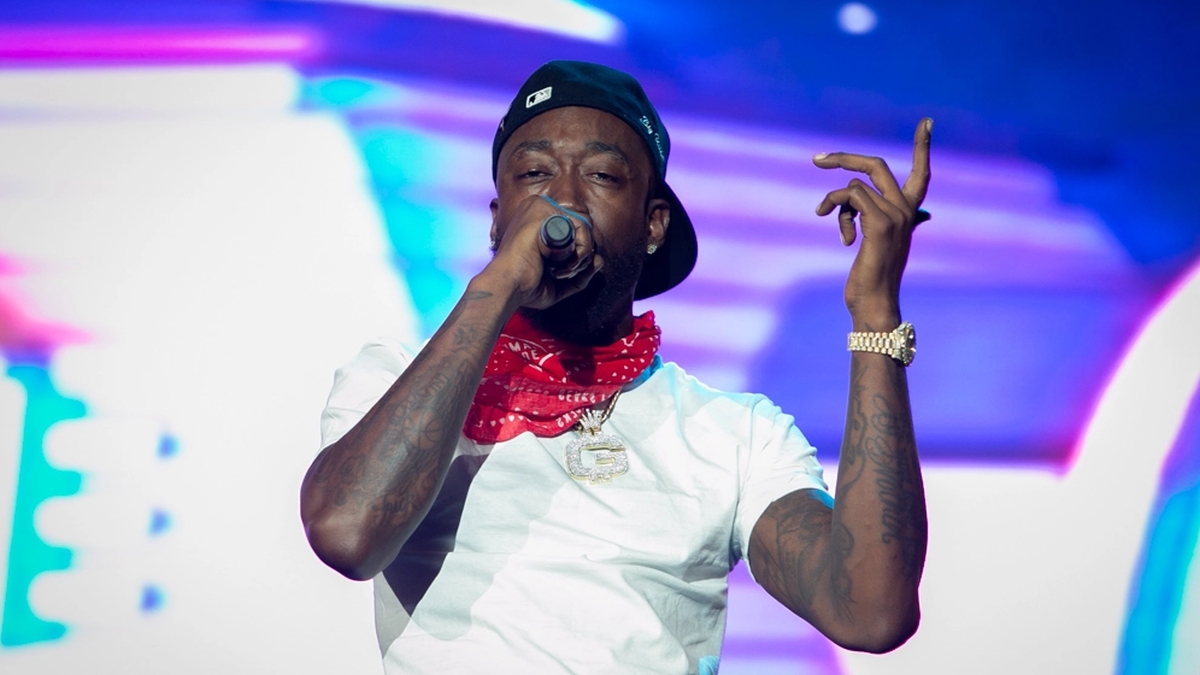 Rap Song of the Week rounds up and breaks down all the hip-hop tracks you need to hear. Check out the full playlist here. This week, Freddie Gibbs drops “Too Much,” the lead single from $oul $old $eparately.

Freddie Gibbs has kept anticipations high for his follow-up to 2020’s Alfredo by teasing it with superstar collaborations like the ScHoolboy Q-assisted “Gang Signs” and “Black Illuminati,” a previous Rap Song of the Week featuring Jadakiss. After recruiting the standout MCs from LA and New York, respectively, the Gary, Indiana native has turned to Memphis for the lead single from his newly announced Warner Records debut $oul $old $eparately.

Moneybagg Yo lends Gibbs a hand on “Too Much,” a celebration of excess and wealth. With a seemingly everlasting, unwinding flow that not even a freight train could stop, Gibbs keeps his focus simple: no amount of jewelry, alcohol, cars, or women can satisfy his desires. “All this money that I got, I could never get too much,” he spits. “All these hoes that I got, I could never get boo’d up/ Drive these cars on the lot, I be switchin’ the shoes up.”

Bringing a different kind of street gravitas, Moneybagg Yo contrasts Gibbs’ controlled chaos with nonchalant rhymes about his own hedonistic ways. “It’s chilly, bustdown Cuban with the matchin’ Richard Mille,” he raps. “Flyer than a eagle when I’m touchin’ down in Philly/ Nickname the coupe Lil Wayne, no ceilings.”

No matter what comes in his path, Gibbs will always mash the gas pedal, whether that means partnering with a new label after earning a Grammy nod or elevating an ongoing feud with Benny the Butcher. With an all-star cast of producers including Pharrell, The Alchemist, Madlib, Boi-1da, Tay Keith, and more, $oul $old $eparately is primed to be Gibbs’ most mainstream album yet.

Things “Little Women” Made Us Ponder Upon

GRiZ Announces Return Of ‘Another World’ in October at 1STBANK Center

Pusha T Responds To Ukraine’s Ministry of Defense Quoting Him