Foreigner will try to find out what love is one last time, with the veteran arena rock heroes announcing a farewell tour for 2023.

The run is set to kick off July 6 at the Ameris Bank Amphitheatre in Atlanta, with dates scheduled through the summer, wrapping Sept. 3 at the PNC Bank Arts Center in Holmdel, New Jersey. Eighties favorites and perennial weekend warriors Loverboy will provide support throughout the trek.

Tickets for all shows are set to go on sale Nov. 18. Complete information is available on Foreigner’s website.

As Billboard reports, next summer’s tour will just be the first part of Foreigner’s long goodbye. The group will announce additional North American and overseas dates soon, with plans to tour through the end of 2024.

In a statement, Jones said, “Many years ago, I wrote a song called ‘Feels Like The First Time’ and today we are launching one last worldwide tour.  We will be presenting a show that I know will have the same enthusiasm as our very first appearances. The tour will start this summer in America and we hope to get to every place that we have played over the last several years. While I’m sure our fans will have mixed feelings about the end of the road for the band, I know our shows are going to delight audiences everywhere.” 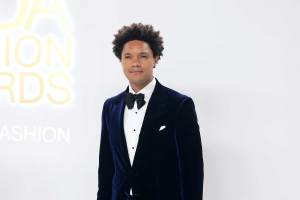 Foreigner formed in New York City back in 1976 when Jones linked up with former King Crimson multi-instrumentalist, Ian McDonald, and vocalist Lou Gramm. The group released their self-titled debut in 1977, scoring a pair of career-defining singles from the start: “Feels Like the First Time” and “Cold as Ice.”

The group’s success continued through the late Seventies and into the Eighties with hits like “Hot Blooded,” “Double Vision,” “Urgent,” and “Juke Box Hero.” In 1984 they finally notched their first and only Number One in the United States with the iconic power ballad, “I Want to Know What Love Is.”

Foreigner has continued to tour and record over the years, even amidst numerous lineup changes. (Gramm left the band in 2003, though he has made cameos at select shows in recent years; McDonald left the group in 1980, but also played some shows recently before his death earlier this year.) Currently, Foreigner features Jones, vocalist Kelly Hansen, bassist Jeff Pilson, keyboard player Michael Bluestein, guitarist Bruce Watson, guitarist Luis Maldonado, and drummer Chris Frazier.

BLACKPINK’s Jennie Proves Her Incredible Professionalism While Filming For TAMBURINS