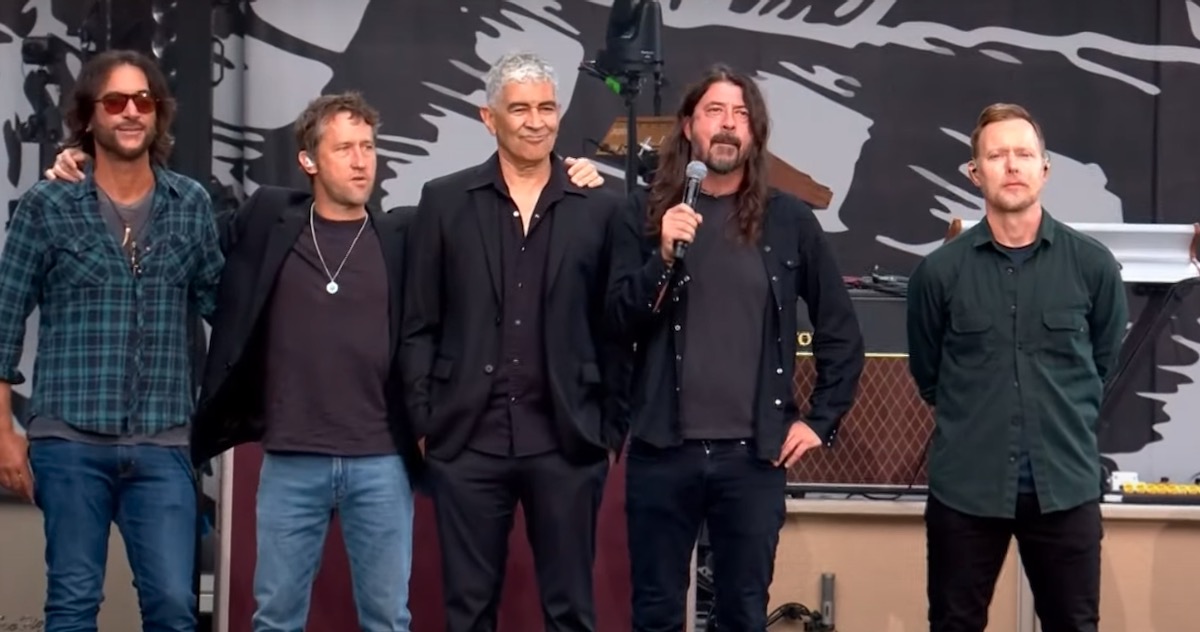 “Family” was the central theme of Foo Fighters’ tribute concert honoring their late drummer, Taylor Hawkins, at London’s Wembley Stadium on Saturday night. The massive stadium show may have featured a capacity crowd of 75,000 diehard fans who witnessed some of the biggest names in all of music, from Paul McCartney to Queen to Liam Gallagher, celebrate the life and legacy of Hawkins. And yet, not once during the six-hour, 50-song runtime, did the concert ever lose its sense of intimacy. Not once did it deviate from its purpose of honoring a rock titan whose life was cut well too short.

For six hours, Foo Fighters and their fans were able to grieve together as one collective family, honoring Taylor Hawkins in the only appropriate way: by rocking the fuck out.

There were smiles and tears, often at the same time. Dave Grohl frequently had to compose himself, especially during a gripping performance of “Times Like These.” But there were also moments of unabashed joy, such as when Hawkins’ 16-year-old son, Shane, joined Foo Fighters on stage to drum during “My Hero.” He beat the kit with the forcefulness of two drummers, his father no doubt playing along in spirit.

And through it all, Dave Grohl served as the master of ceremony. He spent most of the evening on stage, switching back and forth between guitar, bass, and drum.

Beyond that, it was evident that Grohl had spared no expense to ensure that the evening was a celebration worthy of rock legend. The six hours were scripted down to the second, each performer and song choice bearing some sort of special connection to Hawkins.

But for the evening’s final song, Grohl opted to perform alone and sing to an audience of one: his brother and bandmate of 25 years. “If everything could ever feel this real forever / If anything could ever be this good again,” Grohl crooned.

The future of Foo Fighters remains uncertain, but the legacy of their drummer may not be soon forgotten.

Below, you can find our live blog of the concert, including various clips, photos, and the full setlist.

NCT DREAM Announces Japan Stops And Dates For “THE DREAM SHOW 2 : In A Dream” Tour

Photos: Soccer Mommy Performs an Intimate Set and Interview At The Grammy Museum

Guns N’ Roses to reissue ‘Use Your Illusion I & II’ albums together in...