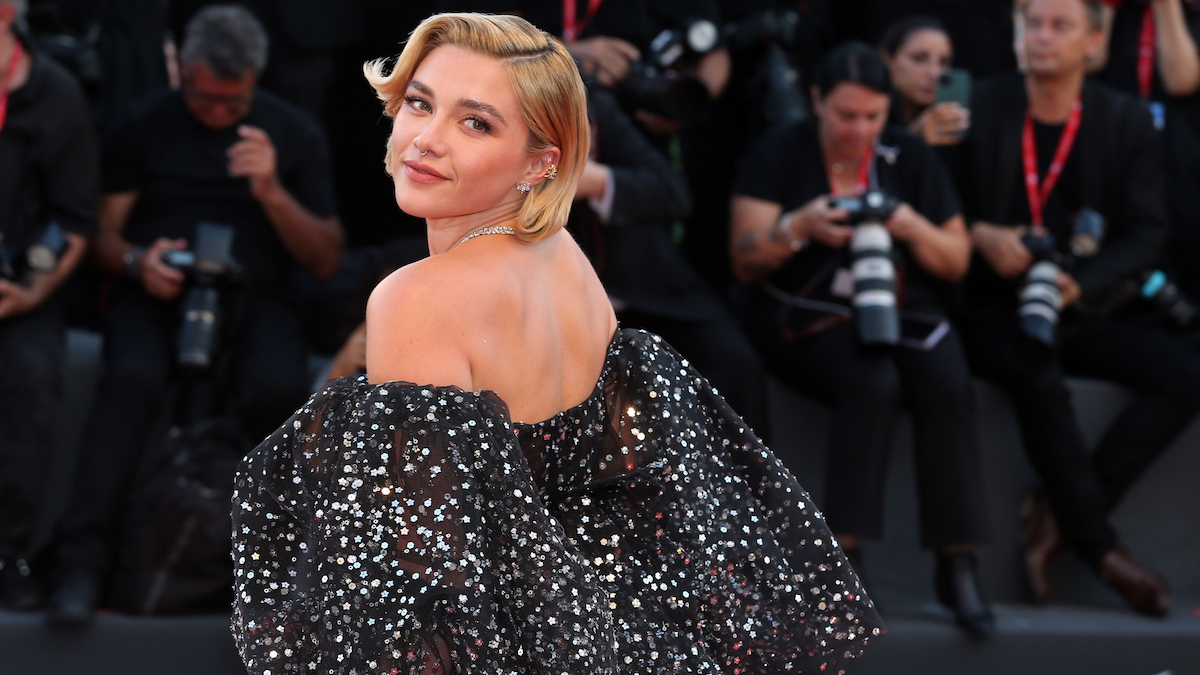 Don’t Worry Darling has been shrouded by rumors of cast in-fighting, an unprofessional workplace, and mistruths told to cover up the drama, and the film’s premiere at the Venice Film Festival really didn’t help put any gossip to rest. Star Florence Pugh, dodging the film’s press conference, strolled into the event late with a drink in her hand, while director Olivia Wilde stayed mum on questions about perceived tensions altogether.

Rumors that Pugh and Wilde didn’t get along on the Don’t Worry Darling set have swirled for a while, but the gossip really seemed to be rooted in reality when the Venice Film Festival confirmed that Pugh would not attend the project’s press conference. The festival explained that Pugh was in Budapest filming Dune and that her flight wouldn’t get in until after the conference, but a star choosing not to do press for a highly anticipated movie is pretty unorthodox — especially since Timothée Chalamet, the star of Dune, managed to get away from Budapest to support his current project, Bones and All, in its entirety.

Wilde was joined by Don’t Worry Darling stars Harry Styles (with whom she’s in a highly publicized relationship), Chris Pine, and Gemma Chan at the press conference, and she mostly talked around questions about the alleged drama. “Florence is a force. We are so grateful she’s able to make it tonight [for the red carpet] despite being in production on Dune,” Wilde said. “I know, as a director, how disruptive it is to lose an actor even for a day, so I’m very grateful to her, and to [Dune director Denis Villeneuve] for helping us. And we’ll get to celebrate her work tonight. I can’t say how honored I am to have her as our lead. She’s amazing.”

“As for all the endless tabloid gossip and all the noise out there,” Wilde continued, “the Internet feeds itself. I don’t feel the need to contribute; I think it’s sufficiently well-nourished.”

Another journalist asked Wilde about Shia LaBeouf, who recently claimed he quit Don’t Worry Darling because he and Pugh couldn’t find adequate rehearsal time and was not fired, as Wilde had originally said. That question was blocked by the press conference moderator.

Meanwhile, shots of Pugh arriving late in Venice looking unbothered (and Chris Pine looking miserable at the press conference) have already become Twitter memes. The actress, who has barely posted about the project on social media, posted a photo of herself at the event on Instagram without even mentioning Don’t Worry Darling, captioning the post, “I’m here.” On the red carpet, she discussed what makes her role in the film inspiring, saying, “I think it’s very, very inspiring to see a woman push back and say no and question everything, and it’s very exciting to see a woman do that in and out, and off camera.”

An Effort Mired in Mediocrity

When you’ve successfully buried the movie you’re in that you know is bad
pic.twitter.com/0N3maVKIcp

somebody get chris pine outta there #Venezia79 pic.twitter.com/zmYxmvpbka

florence pugh answering about why is her role so inspiring pic.twitter.com/0loEagBjDR