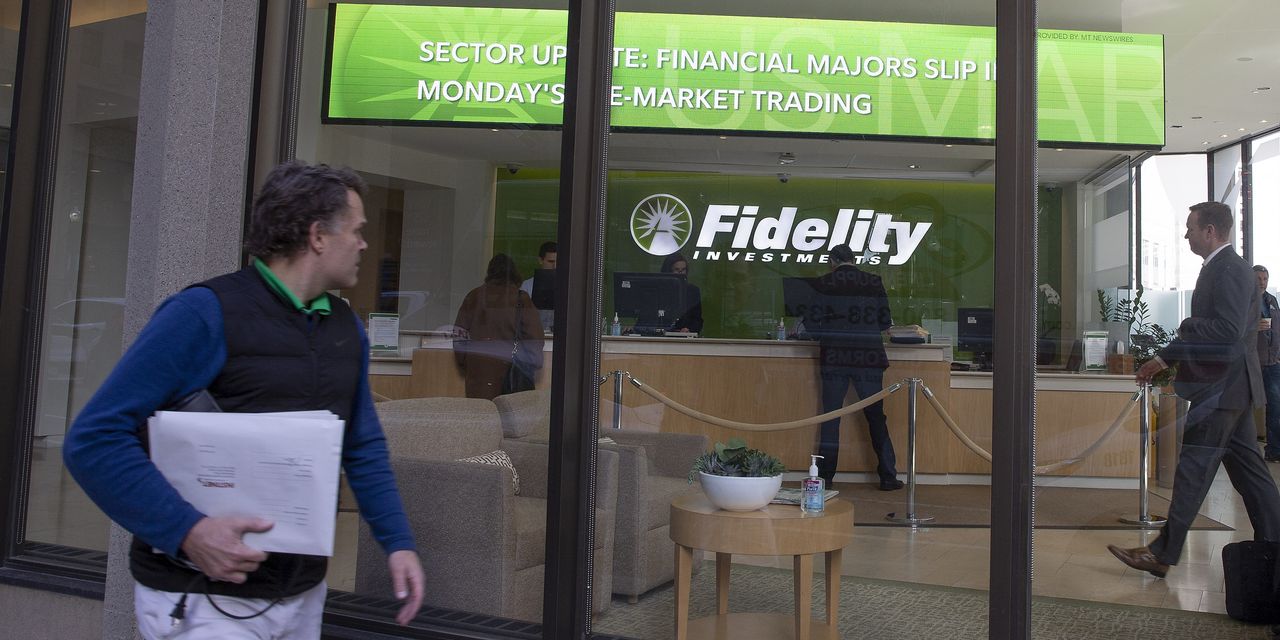 Fidelity Investments Inc. is ramping up a business that helps money managers profit on those eager to bet against stocks.

Fidelity said this week it is launching a platform for fund managers looking to lend out their holdings to other investors, including short sellers. Fidelity’s move is the latest sign that the money-management industry, which once dismissed the business as unnecessary and even a bit unseemly, has come full circle. Lending out securities has emerged as an important source of extra revenue, juicing returns and keeping clients from fleeing to cheaper investments.

The Boston firm launched its securities-lending business in 2019, serving as agent to the company’s own family of funds. The firm is now extending those services to other asset managers. Fidelity Agency Lending is part of the firm’s capital-markets group and employs more than 90 people.

“With pressures on fees and returns, securities lending is a nice way to generate low-risk returns for your shareholders,” said Justin Aldridge, head of the unit.

The revenue on those loans boosts funds’ returns, which helps their managers bring in more client money. As a lending agent, Fidelity in turn keeps a share of that revenue. Lending out a large-cap stock might boost a fund’s return by 0.01% to 0.02%. Loans on less-liquid shares, and in particular those in high demand, might add 0.25% to 0.30%, said Mr. Aldridge.

Fidelity’s foray comes at a difficult moment for short sellers.

Corporate executives and their companies’ shareholders have long criticized them for pulling down stock prices and focusing too heavily on short-term results. Many of these traditional adversaries have also acknowledged the shorts’ role in the markets and in exposing corporate fraud.

Earlier this year, though, an army of individual investors took to online-messaging forums to rally around GameStop Corp. and other companies frequently targeted by shorts. In their bid to drive up stocks prices, the angry traders pilloried short sellers. Some well-known shorts, including Citron Research’s Andrew Left, were targeted with abusive and threatening texts.

Mr. Left has since said he would stop publishing short selling research.

Mr. Aldridge argued that most of the revenue that fund managers collect on their securities loans go to those funds’ investors in the form of higher returns.

“The main person that benefits is the shareholder,” he said.

Industrywide securities-lending revenue rose steadily in the years following the financial crisis and by 2018 had exceeded $10 billion, according to IHS Markit. Annual revenue totaled $9.3 billion in 2020, down 7% from a year earlier, as low interest rates limited loan income.

Fidelity has a long history in the securities-lending business, for years serving as a broker to hedge funds and other sophisticated investors in search of stocks to borrow and helping its own brokerage clients lend out their securities.

The U.S. Suspects Russia Used a Microwave Weapon Against Americans. Does It Even Exist?

Fidelity’s own family of investment funds used Goldman Sachs Group Inc. as its lending agent until 2019, paying the investment bank 10% of the revenue it collected from lending out securities. The firm yearned to keep a larger slice of that revenue and had been in discussions with U.S. securities regulators over the plan for close to a decade.

Fidelity “took into account Securities and Exchange Commission guidance,” a spokeswoman said, and launched its own lending business that year to serve the firm’s funds. Rivals BlackRock Inc. and Vanguard Group also serve as lending agents for their own funds.

While the move will help offset the fee cuts Fidelity has made to its rapidly growing lineup of index funds, the firm believed its actively managed funds stood to gain even more.

“We’ve thought of it more as a benefit to the active funds than the index funds,” Abigail Johnson, Fidelity’s chief executive, told The Wall Street Journal in an interview that year. “You need active funds to get a wider variety of securities because the index funds are all in the same things.”

With its latest step, Fidelity will now compete with Goldman, State Street Corp. , JPMorgan Chase & Co. and other banks in managing the lending programs of other asset managers. The firm’s digital platform allows fund managers to set custom parameters for every individual security in their portfolio.

Mr. Aldridge said Fidelity’s service will let managers have more control over which securities they lend and when. For instance, a portfolio manager may want to limit loans on certain stocks ahead of when it casts votes at shareholder meetings.

What You Need to Know About Investing