Get your ‘Champagne’ on and enter the alluring world of South Korean alternative hip hop veterans, Epik High! CK Star Entertainment is proud to present and announce their Asia Pacific Tour 2022, spanning stops in Singapore, Melbourne, Sydney, Bangkok, Jakarta and more to be announced. Epik High will be the first K-Pop act that will be touring APAC since the pandemic. 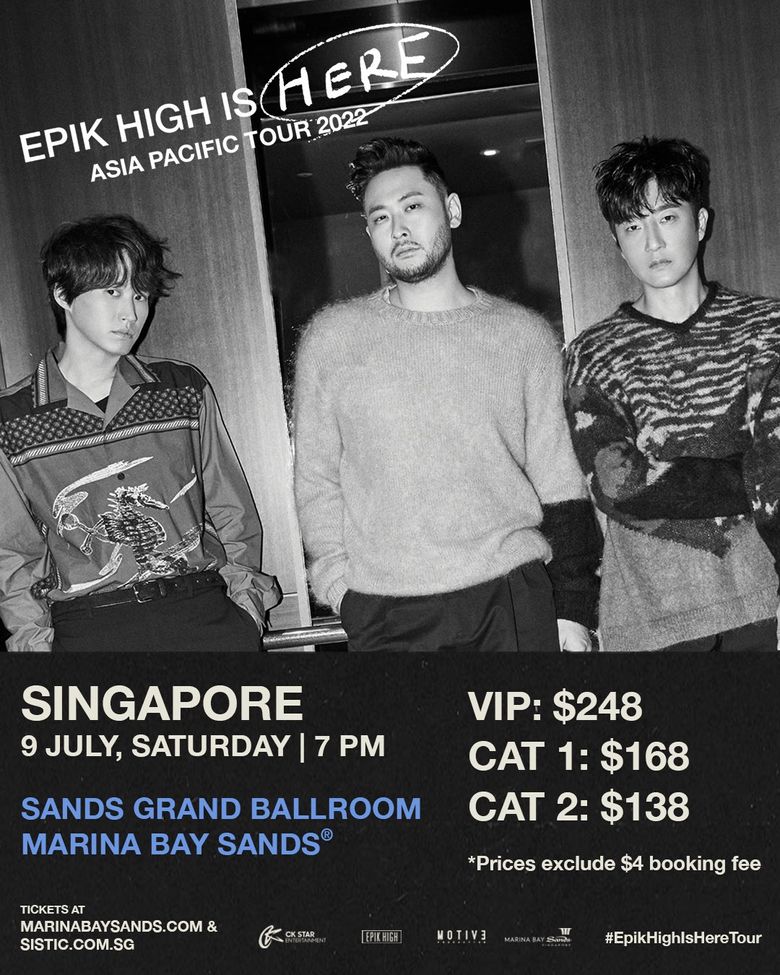 Fresh from their 2nd fiery appearance at “Coachella 2022” and a slew of 28 sold out shows on their North American tour, the eclectic trio is back on familiar shores. Fans in Singapore can rejoice at the good fortune of being the first Southeast Asian stop in the Asia Pacific leg of the tour for one night only, staged at Marina Bay Sands, Sands Grand Ballroom on Saturday, 9th July 2022. 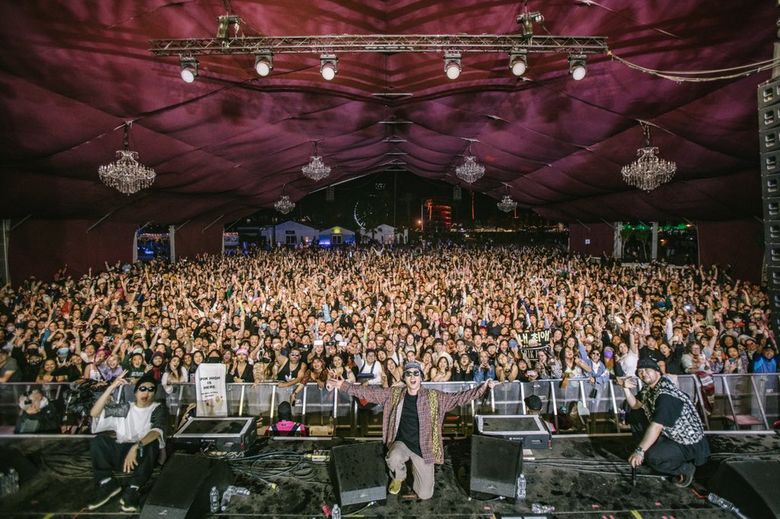 No stranger to Singapore, Epik High had previously performed in 2019, meeting with hordes of fans and preparing for a bigger, more exclusive return. This new tour marks the trio’s second concert on our island in conjunction with the the release of their highly anticipated 10th studio album in two parts, “Epik High is Here 上 (Part 1)” & “Epik High Is Here 下 (Part 2)”. 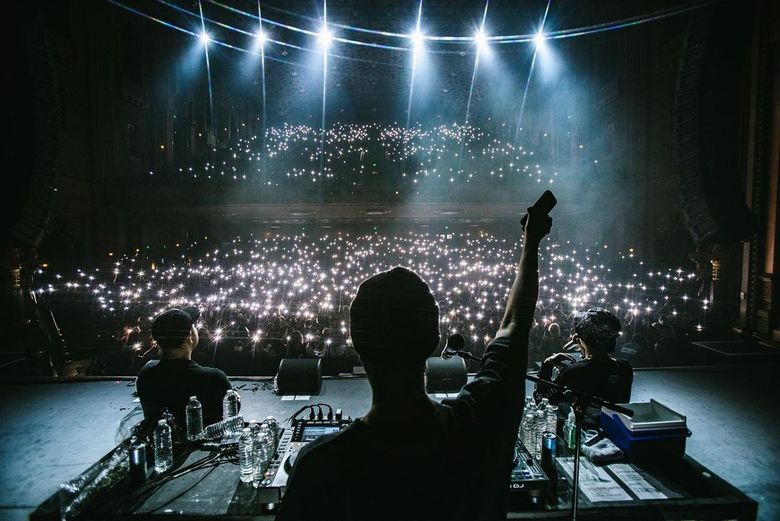 The split of the album was intentional, mirroring the way traditional Korean novels were released in two parts giving time to take a break and process what you have consumed before moving on to the next. According to a recent interview with Rolling Stone magazine, the message behind this newest release is that Epik High is here even when you think no one is willing to listen. This album shares wisdom that only comes from the experience of 20 years of lows and some pretty epic highs.

Fans of Epik High, HIGH SKOOL will learn the group’s independence has merely whetted their capacity for producing the experimental and provocative music all have come to love. Expect to rave to emotive hip-hop track ‘Born Hater’ or universally-loved hit ‘Happen Ending’, and be challenged not to join in a nostalgic sing-along to classic chart-topper ‘Fly’. Along with the characteristically playful antics of the forever young-at-heart man band,  fans can be assured of a night to remember like no other.

For the Singapore leg of the tour, ticket prices start from SGD $138 with limited VIP tickets at $248. Each VIP ticket is entitled to a Meet & Greet, Group Photo & Poster and will be available for purchase here and at the SISTIC website on 25 May 2022, 10am.

Epik High is a trailblazing trio formed by Tablo, Mithra Jin and Tukutz, Epik High debuted in 2003. Their singular blend of hip-hop and sharp lyrics, which openly discuss themes like mental health and social issues, turned them into one of the most pivotal groups in Korean music. Throughout their twenty years together, they released hundreds of anthemic songs, inspired artists like BTS and were the first Korean act to ever play at “Coachella” in 2016.

Are you excited for Epik High’s APAC tour? Let us know through the comments.

The New Album Is Here

Here Are Three Times He Stepped Over the Line