[Editor’s note: The following contains mild spoilers for The English.]

The new Prime Video series The English is an unconventional Western for a number of reasons, but the most central one might be the romance at its center. “It was the most tender love story and surprising love story,” star Emily Blunt tells Consequence. “I loved their chemistry.”

Set in the late 1800s, largely on the wild plains of Kansas and Wyoming, The English focuses on a vengeful Englishwoman (Blunt) and the Pawnee ex-soldier (Chaske Spencer) who becomes an essential part of her quest for revenge. As they work together to fight and survive, a bond develops that was very much by design, according to writer/director Hugo Blick (The Honourable Woman).

“The cowboy picture, at least the ones I respond to, they’re revenge motifs about something that’s been done wrong to our central character, and they go out and get to settle it because no one else can,” Blick says. “And then there’s this other side which is less familiar to the West — the epic romance thing that you might see in a Dr. Zhivago. So you’ve got this wide open, huge issue of revenge, and then that intimacy of a love story. It develops in its own story, its own pace and its own revelations, and it was equally as important from the get-go. So those two rather disparate elements gave the story its tension, and possibly its unusualness.”

Cordelia and Eli first meet in dire straits, both of their lives in peril thanks to the lawless elements of the West, and despite their very different backgrounds become closely bonded very quickly. Spencer says that in reading the script, “I wanted to know more and more, as I kept turning the page, of where their relationship was going. Seeing how they came from two different sides, two different cultures, I found it really fascinating that they found some middle ground and it was built in tragedy and healing.”

Blunt agrees, saying that the bond between Cordelia and Eli is “so beautiful. I thought she was just this sort of buoyant, hopeful oversharer, and he was quite withheld and restrained and a man of few words. And so it made for these lovely sparkly scenes between them as they reveal more and more of themselves to each other and need each other to survive, need each other desperately.”

The ebb and flow of the relationship over these six episodes came quite naturally to the actors, though they did put in a little development in advance. “We would rehearse over Zoom before we got to Spain,” Blunt says. “Then we had a couple of weeks in Spain to talk about it. But I don’t think we overworked any of the scenes. We mainly just talked about it and realized how similarly we approached them and felt about them.” 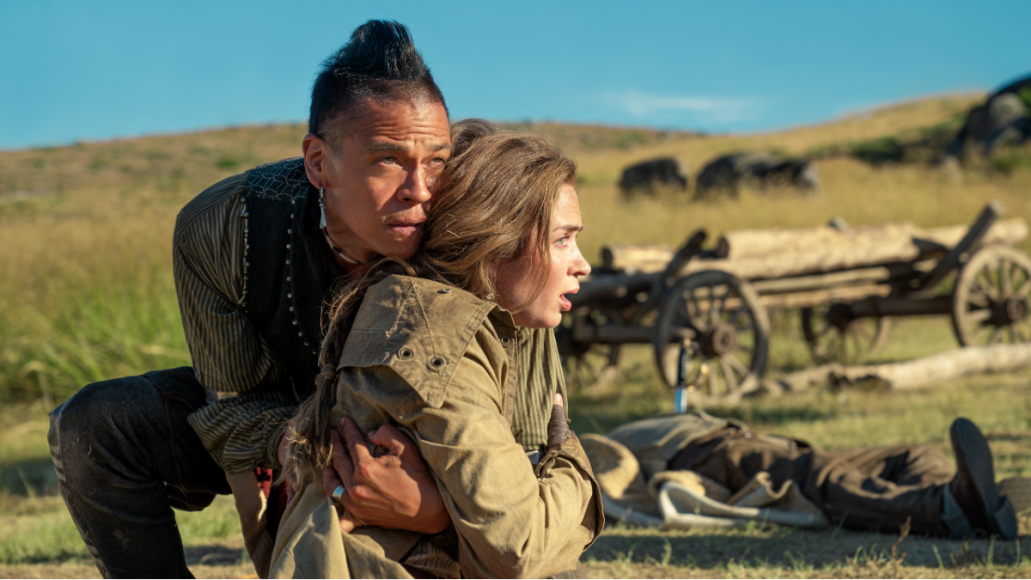