Does Gordon Ramsey exist in the Kwangya Cinematic Universe? 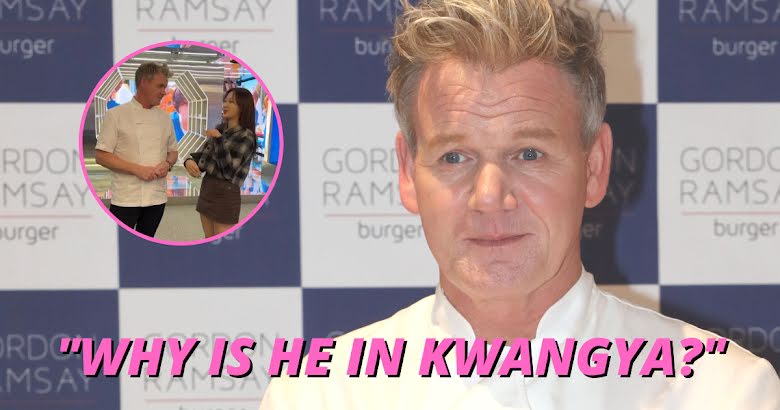 Celebrity chef Gordon Ramsey had an eventful time while visiting his new burger restaurant in South Korea, but may have done a lot more than just that after fans spot NCT‘s Johnny and aespa‘s Giselle in his Instagram story.

On November 10, celebrity chef Gordon Ramsay arrived in Seoul and he visited his restaurant at the Lotte Tower in Jamsil, which happens to be the very first burger shop opened by his brand in Asia. Despite already having controversies about his restaurant potentially overcharging customers, Ramsey received even more criticism after asking Korean police to increase security during his subway commute.

It seems like Ramsey did more than just visit his restaurant while in Korea. Following his visit, he posted an Instagram reel with many quick shots of the variety of things he did in Korea. It took a while after posting for anyone to notice, but fans were able to spot NCT’s Johnny and aespa’s Giselle in his Instagram post! 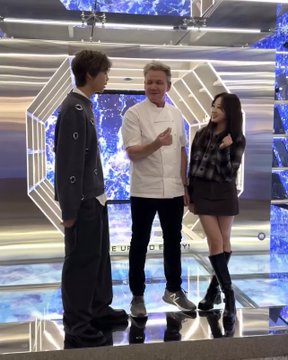 In the shot, Gordon can be seen making a finger heart while standing in what looks like could be a music video set. Fans were able to place the location in the SM Entertainment building, as clips of an NCT music video can be seen playing in the back of one of the posts. 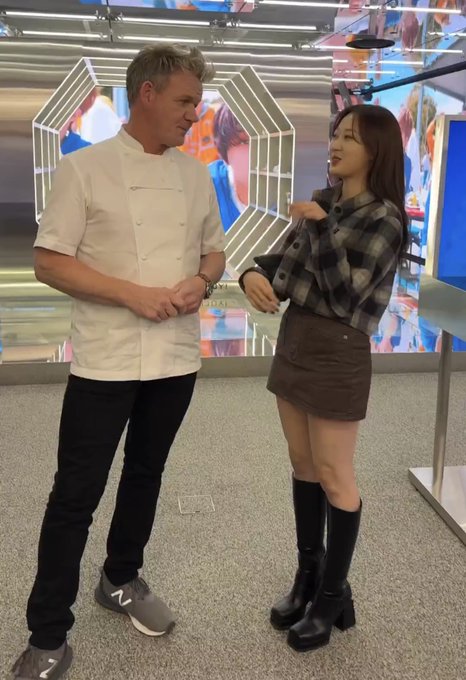 Many are wondering what Ramsey could possibly be doing “visiting Kwangya” but his visit probably has to do with his restaurant business. It seems like his newest all-you-can-eat pizza restaurant is located in the SM building, potentially explaining why he was seen there.

Fans have expressed their shock at the unexpected “collab” and even joked about NCT’s Mark’s previous interaction with the celebrity chef.

Giselle, johnny and Gordon Ramsey deciding to be the most random trio ever pic.twitter.com/Q1KuRMBDw7

i really hope gordon ramsey got to meet mark pic.twitter.com/ctjgeei0rC