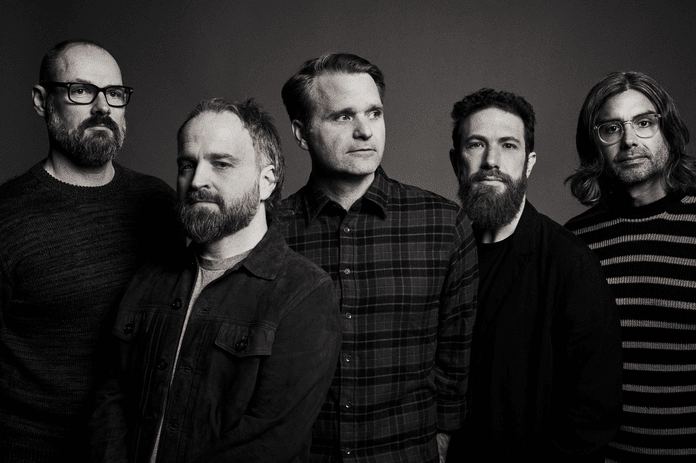 Asphalt Meadows Due Out September 16 via Atlantic; “Rand McNally” Can Only Be Heard at One of 800 Venues the Band Has Performed At Before

Death Cab For Cutie have shared a new song, “Rand McNally.” It is the latest release from their forthcoming album, Asphalt Meadows, which will be out on September 16 via Atlantic, and as of now, it is only available for listening in-person at one of the 800+ venues the band has performed at since their inception. The band have also announced a Live From Home concert, which will be streamed live on Monday, September 12 at 2 p.m. PT / 5 p.m. ET. The livestream will feature a Q&A, and all proceeds will benefit the reproductive rights organization The Brigid Alliance. Access “Rand McNally” via this website/app.

In a press release, frontman Ben Gibbard elaborates on the new song: “‘Rand’ was written for everyone we toured with back in the day, for everyone who let us sleep on their floor, and for past bandmates. I felt after all these years that they deserved their own folk song. But also a promise to keep going and keep creating.”

He adds: “I started Live From Home during the pandemic when I wanted nothing more than to play music with my bandmates. As we’re now back together, it feels only fitting to have everyone in that little room with me to bring it full circle.”

NAV Explains Why He Left Drake Off ‘Demons Protected By Angels’

Quavo and Takeoff announce album ‘Only Built For Infinity Links’