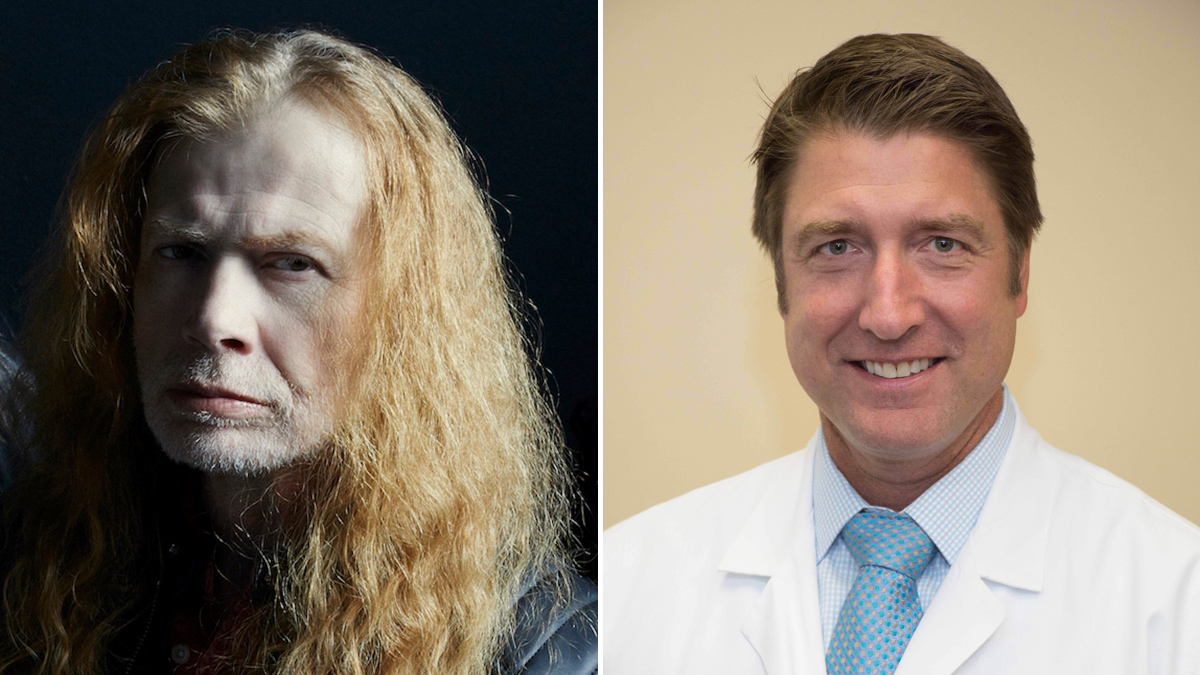 Dave Mustaine beat throat cancer in 2019 with the help of Vanderbilt University oncologist Dr. Anthony J. Cmelak. So when the Megadeth leader needed some song lyrics about radiation, he knew just who to call.

In a new interview with Nashville Tennessean, Cmelak discussed how he co-wrote the lyrics for “Dogs of Chernobyl” on Megadeth’s new album, The Sick, the Dying… and the Dead!. The six-minute track is based on the animals abandoned following the infamous Soviet nuclear disaster in 1986.

It would be Mustaine who initiated the collaboration, giving Cmelak a ring on a Saturday morning to see if he would contribute some of his knowledge about radiation for a new song. Cmelak provided the lyrics the following Monday, and Megadeth would record the track two days later.

“I think he wanted descriptive terminology on how your bodily functions would change after exposure to massive doses of radiation,” Cmelak said. “He also wanted a flair of someone being left behind … I geared toward that and it came around very quickly.”

The final lyrics don’t leave much for the imagination, with Cmelak and Mustaine providing all the gory details: “Nausea overwhelms my brain, distance is the goal / Stomach spasms, leaking gut, I have lost all control / Saliva gurgling, I’m retching, till I overwhelm the bowl / I ask God, in repentance, ‘Do you still want my soul?’”

Cmelak would use that very radiation to help treat the tumor in Mustaine’s throat without damaging his singing voice. Thankfully, the thrash legend declared he was cancer free following months of radiation and chemotherapy.

“I just felt horrible for him because here’s this guy who has been on stage in front of tens of thousands of people,” Cmelak told Nashville Tennessean. “To see him change from being scared [not] about his career, but his life — to see him go through it day to-day — he seemed to take it in strides.”

Mustaine and company are currently supporting the new album with a US tour with Five Finger Death Punch. The outing continues tonight (September 12th) at Jones Beach in Wantagh, New York, and runs through October 15th in Salt Lake City. You can buy tickets via Ticketmaster.

Stream “Dogs of Chernobyl” below.

9 Female K-Pop Idols Who Are Like Human Vitamins To Cheer Up Your Day...