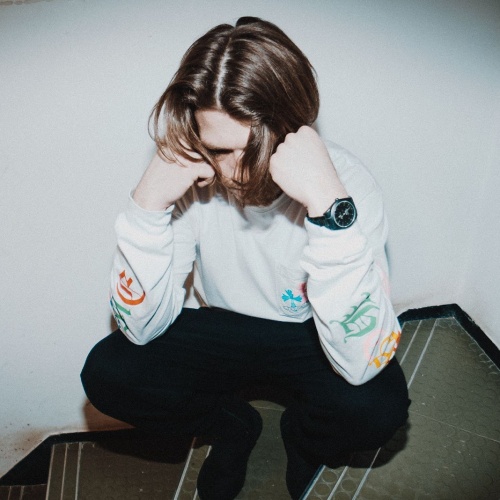 A restless kid from the streets of East London, Damn Drew is releasing his brand new Pop-Punk single ‘Never Sober’ on Friday 17th of June 2022, backed with an effective music video in which he worked with videographer Caroline Hajny (Little Mix). His previous track ‘Rage’ was just an introduction of what is to come, teasing his captivating mix of catchy melodies, cutthroat lyrics and raw energy, reaching over 70k streams on Spotify and gaining the support of Wonderland Magazine. ‘Never Sober’ follows suit in blending Damn Drew’s modern Pop-infused hooks and melodic vocals, infectious Rap beats and flow, and a true Punk DIY approach to songwriting and video production, translating his life into music.
We caught up with Damn Drew to find out more…

Hi I’ve been good thank you, just been really busy working in sessions this last year working on few projects. I’ve put together some music I’m really proud of, an I’m focusing at the moment on my own Ep which will be ready in the near future and Eyelar’s new project with Sony and Columbia.

When did you first start writing music?

Can you tell us a bit about your upcoming single ‘Never Sober’?

Yeah of course I can. This song is about my previous relationship that got extremely toxic and how I was self medicating by the end and after to deal with it.

You’ve got a really great video to go with the single. Talk to us about the concept behind the ‘Never Sober’ music video.

The concept behind the video was my reality really. It was shot in the house I’m currently living in with my friends and band. An basically the idea is to show my effort to escape this relationship and pain I was going through using any escape I could which as partying, drugs and alcohol.

Who would you say are your biggest inspirations?

Without a doubt Kurt Cobain would be at the top of that list followed closely by Radiohead. I get inspired by some new acts like Kenny Hoopla and Fontaines D.C. and Turnstile.

Your last single ‘Rage’ caught a lot of attention. What are your hopes for your new track, ‘Never Sober’?

The hope is that I can get some people to enjoy it an maybe even help some people who is going through something similar.

What has been the toughest challenge you’ve had to overcome to get where you are today?

I’ve had lots of challenges in my life to say the least. From loosing friends to drugs an friends to prison, even having my restaurant parter steal from me and fly back to Sicily of course toxic relationships and so much more. As you can imagine I’ve got a few there albums in me.

Is there any advice you’d like to give to the people listening to your music? What would you like them to take from your track?

My advice would be I’ve got so much music coming so hold tight. I can’t wait to release as much as I can this year. Also going to start gigging around London soon so I’ll have it on my socials an any venues I’m playing. I’d like anyone listening to the track who can relate to that feeling of tired and desperate an a need to feel numb from a situation. There’s always light at the end of the tunnel as long as you make changes things will get better.

Have you anything exciting planned for the rest of 2022? Anything your fans can look forward to?

Common announces Broadway debut in ‘Between Riverside And Crazy’ revival

Check Out Photos From Flow Festival 2022