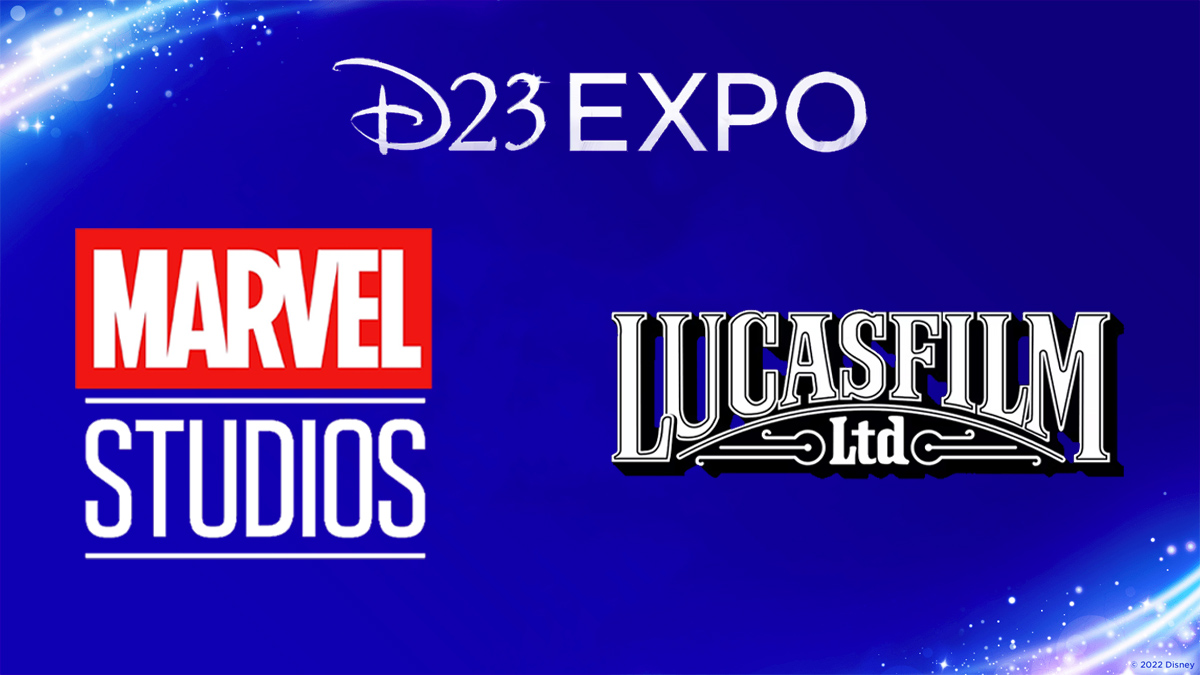 Disney is holding its first in-person D23 Expo since 2019 this weekend, bringing fans all the latest updates on Marvel, Pixar, and more. This Saturday, September 10th sees perhaps the most highly anticipated panel take over the grand Hall D23 at California’s Anaheim Convention Center, with Lucasfilm, 20th Century Studios, and Marvel sharing the stage for a two-hour extravaganza.

While a selection of panels from the event will be streamed online for fans around the world, the Big Three presentation can only be seen by in-person attendees. Not to worry, though, as we’ll have you covered with a complete live blog of every trailer, casting announcement, and fresh bit of news that gets revealed.

So what can we expect from this major studio showcase? On the Marvel front, there’s a good bet we’ll see a full trailer for Black Panther: Wakanda Forever, as well as release dates and first-looks at the Guardians of the Galaxy Holiday Special and the untitled Halloween special. Secret Invasion could also use a teaser trailer, and we have our fingers crossed for peeks at GotG Vol. 3 and Ant-Man and the Wasp: Quantumania. Until we hear something official, we’re also going to be in constant anticipation for Fantastic Four casting, in addition to any more Phase 5 news (Thunderbolts, Captain America: New World Order, etc).

As for Lucasfilm, some Star Wars updates on Andor, The Bad Batch Season 2, and The Mandalorian Season 3 are likely — perhaps even a teaser for the latter? We can also hope for some first-look images from Ahsoka starring Rosario Dawson, including the debut of Natasha Liu Bordizzo as the live-action Sabine Wren. There’s also the possibility of some new The Acolyte casting, as well as an outside chance on updates for Patty Jenkins’ Rogue Squadron film or Taika Waititi’s developing project.

Ministry Of Culture, Sports And Tourism To Make Decision On BTS’s Military Service By December

Outside of the galaxy far, far away, Lucasfilm might finally be ready to give us an Indiana Jones 5 title and maybe — just maybe — a teaser trailer.

20th Century Studios, meanwhile, really only has one thing that would make sense for a big D23 debut: the full Avatar: The Way of the Water trailer.

Keep it here for rolling updates on all the D23 news from Marvel, Star Wars, and more.