They took the “Run BTS” challenge overseas in their own unique way! 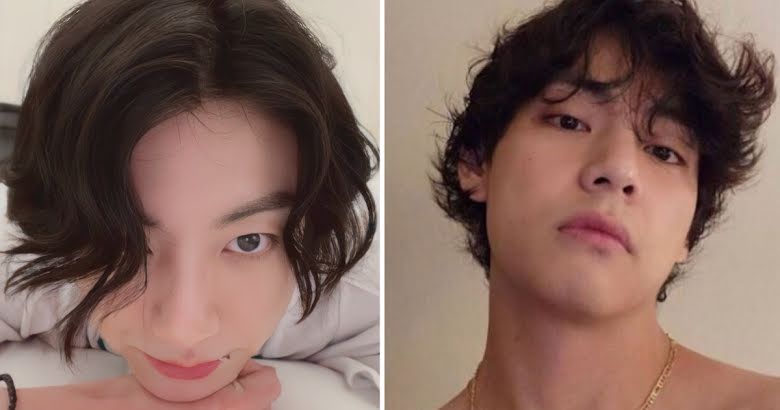 BTS might be the biggest group in the world with so much attention on them. Yet, the members always like to show that they’re just normal people with a sense of humor.

Recently, BTS’s Jungkook and V gained attention for putting their own spin on the group’s challenge.

One of BTS’s most addictive songs has to be “Run BTS,” and ARMYs couldn’t contain their excitement when the members released a dance practice for the song.

If the song wasn’t good enough, BTS raised anticipation after creating a TikTok challenge for the iconic song. As expected, the members all showed ARMYs how it was done on social media.

If that wasn’t enough, idols from across companies have been doing their own versions of the challenge. In particular, the HYBE artists have gained attention for their passionate and incredible covers of the track on their TikTok accounts, including TXT, NewJeans, and LE SSERAFIM.

Well, it seems like BTS also wants a chance to show off their own versions of the challenge, and youngest members V and Jungkook put their own international spin on it.

On November 15, Jungkook and V wowed fans with their visuals and personality as they both headed off for international schedules. While Jungkook set off to Qatar for the upcoming World Cup, V jetted off to Paris.

Although both idols are probably busy, they took time out of their schedules to update fans.

On November 16, Jungkook surprised fans on Instagram after sharing a video on Instagram of him doing the “Run BTS” challenge. Unlike the other artists, Jungkook’s version was much more chilled, and he unsurprisingly allowed his own personality to shine while still showcasing his talent.

After watching the video, fans even explained that there’s a new trend influenced by Jungkook, as fans are now using the idol’s version as inspiration.

Our SNS King made a new trend and everyone start to do it and called RUN BTS DANCE CHALLENGE-JUNGKOOK VERSION .

This is completion for some tiktokers doing the new trend. pic.twitter.com/PVptLuwfMW

Later that day, V also surprised fans with his own version of the “Run BTS” challenge, and it was unlike anything seen before. Unlike the initial videos, V did his challenge from the comfort of his Parisian hotel room while in bed… without a shirt on.

Of course, when the videos were posted, netizens couldn’t get over Jungkook and V’s unique take on the challenge. As expected, they were truly unique, and the fact they were taken abroad makes it seem even cooler. Many even pointed out that V’s music started where Jungkook’s ended…

a moment of silence for everyone who thinks we’re the targeted audience for taekook’s ig story like jungkook literally posting him swaying his hips with a teasing grin and next thing we know taehyung is posting his thirst trap with the teasing action too ???😭 pic.twitter.com/HoPgg975St

Whether the other members post their own versions or not, the “Run BTS” challenge has taken over K-Pop, and it isn’t surprising to see why.

You can read more about HYBE idols’ habits when doing the “Run BTS” challenge below.