BTS‘s Jungkook was among the top five most talked about celebrities on social media during the FIFA World Cup 2022, according to the data of Netbase Quid.

The BTS maknae was featured on “Dreamers,” the official soundtrack of the FIFA World Cup this year, with Qatari artist Fahad Al Kubaisi. He became the first Asian artist to perform at the opening ceremony of the tournament.

He is the only non-athlete in the top five of Netbase Quid’s list, preceded by Messi, Christiano Ronaldo, and Mbappe. Neymar is the fifth on the list, following Jungkook! Fahad Al Kubaisi is the next most mentioned name at #6. 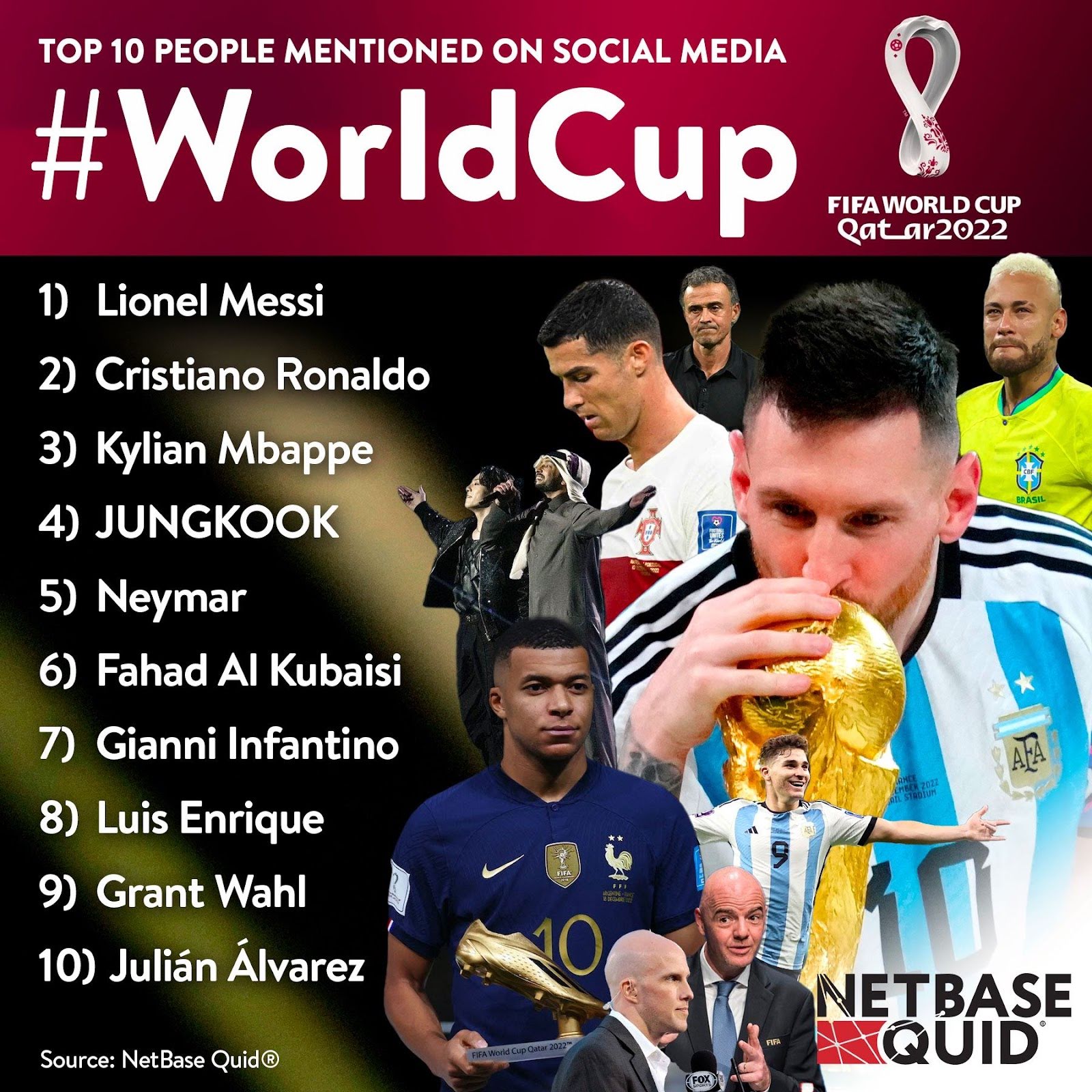 “Dreamers” built up a lot of anticipation as the song and the official music video were released separately. The eagerness to see Jungkook perform live in Qatar also kept fans on edge. It was his first official solo performance, and yet, not only ARMYs but even non-fans had nothing except praises to sing for him.

How to jumpstart your wellness goals for the new year

Producer STERLING WINFIELD On PANTERA Fans Complaining About ZAKK WYLDE: "It Blows My Mind That People Are That Picky"

Shemar Moore Recounts Being Turned Down By Alicia Keys in the Early ’00s: ‘I...

Where to Stream 2023 Oscar Contenders