The Fab Fourum News Your Beacon for News
Home Featured BTS’s Jimin Just Broke A Huge Spotify Record, Despite The Fact He Hasn’t Even Had His Solo Debut Yet


His solo debut is going to be huge! 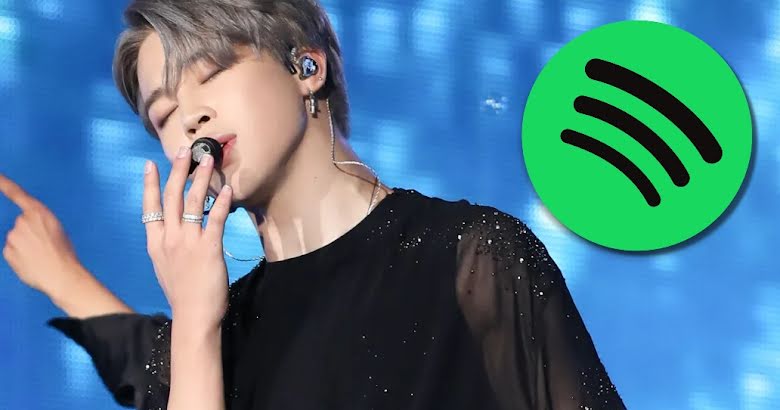 BTS fans are looking forward to the solo debuts of all of the members of the group who haven’t had theirs yet, with Jimin‘s perhaps one of the most highly anticipated of all of them.

While he does have an official Spotify account, it currently only has one song listed: The OST song “With You”, which was for the K-Drama Our Blues and collaborated alongside Ha Sungwoon.

Despite only having this one song and its instrumental version on Spotify, however, Jimin just broke a record that no other male K-Pop idol has!

He has now surpassed 150 million streams on Spotify, accomplishing this in just 141 days and 10 hours, the fastest that any solo male artist has achieved with just one song.

At the time of this article, “With You” and its instrumental have 139.6 million and 12.2 million streams respectively, which together break the 150 million streams mark.

The main “With You” track has also become the fastest Korean OST to surpass 139 million streams.

“With You” has surpassed 139 MILLION streams on Spotify! 🎉

It is the Fastest Korean OST to achieve this feat in Spotify history, in just 143 days and 10 hours 🥳

Along with these accomplishments, Jimin’s solo B-side tracks on BTS’s albums have been breaking records as well.

On September 14, “Filter” surpassed 320 million streams, making it the fastest Korean B-side, Korean male solo song, and unpromoted Korean solo song to reach this number. Along with this, it’s also the most-streamed solo song from Map of the Soul: 7, and the second-most streamed solo BTS song on Spotify.

“Filter” by Jimin has surpassed 320 Million streams on Spotify! 🎉

It breaks the record as the Fastest Korean B-side, unpromoted Korean solo song, and Korean Male solo song to ever achieve this feat on the platform.

Congratulations to Jimin for all that he’s accomplished, and we look forward to what his solo debut has in store for us!