His reaction is priceless! 🤣 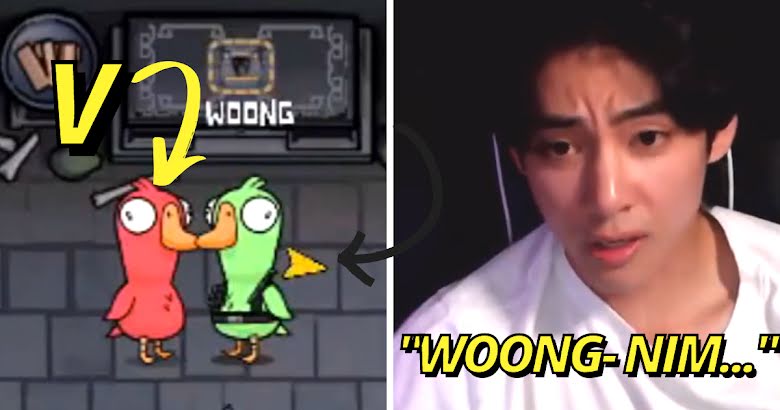 BTS‘s V recently held a live gaming stream where he played games with some lucky ARMY. The entire stream was full of funny moments, but one moment was so hilarious that it quickly trended worldwide on Twitter!

During a mafia game, one user is secretly granted the power of being “mafia.”

However, after meeting user Woong, it was clear they were the mafia! Killing everyone except V, they did everything they could to spend time with him.

Every time a new user entered the room, Woong would kill them and hilariously return to staring at V.

His facial expressions added to the funny situation!

It didn’t take long for the word “Woong” to trend worldwide on Twitter!

From the perspective of all the killed players, their ghosts also gathered around V. It seems no ARMY can resist him!

Fans made a series of hilarious tweets about the exchange.

user WOONG everytime someone tried to enter the room with taehyung: pic.twitter.com/PvUU4pkSq4

player woong k wording everyone but taehyung so that they could be together till the very end… i get you i get you pic.twitter.com/BTsq5gIuPE

user woong did not let anyone come near tae PLSJSHSJS pic.twitter.com/Irx0INkBJF

Check out the full hilarious clip below.

Player woong is mafia they are taking everyone’s life except tae pic.twitter.com/z5kMsHYmNf