He’s always on ARMY’s side! 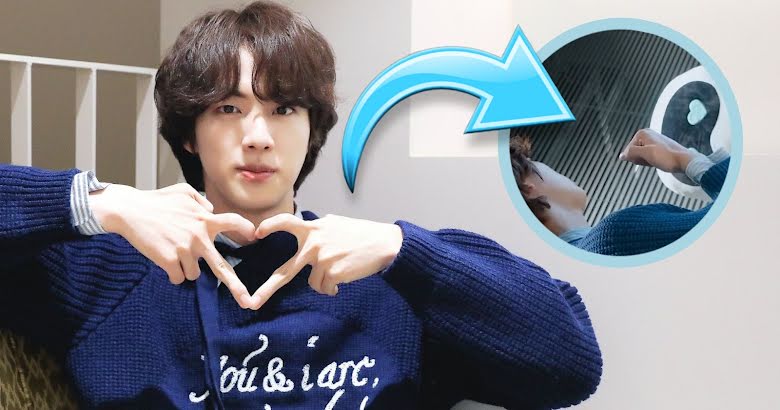 Following the release of Jin’s solo single “The Astronaut,” BIGHIT MUSIC has plans to release much more Jin-focused content, such as themed merchandise featuring his new character Wootteo, his new drinking show, and his photo-folio.

In a recently released “Wootteoview: Wootteo’s observation log of Jin ‘The Astronaut’,” we see Jin working behind the scenes on both his song and upcoming merchandise.

Jin was involved in the creative design process for the new merchandise, which include the little astronaut Wootteo. Considering he is an experienced designer, having created the beloved BT21 alpaca RJ, he knows what he is talking about.

So, he suggested to the staff how to make the products better…

Jin had several concerns, though. He wanted to ensure quality, knowing some materials can be irritating and itchy. Yet, he also wanted to make sure that it was affordable so that all ARMYs could purchase it.

So, he asked if the estimated cost could be lowered without reducing the quality of the items. The staff hesitated but promised to do their best to make it happen.

Jin: Will it affect the quality if we lower the price a bit?

Staff: We’re already on a tight margin with this estimated selling price, but I’ll try to lower it as much as I can…

Kylie Minogue: ‘I was searching for my favourite Manolos. Then I remembered: they’re in the V&A’ | Kylie Minogue

Previously, Jin designed pajamas and pillows for the BTS ARTIST-MADE COLLECTION. At the time, he requested soft materials be used but was then shocked, along with ARMY, to find out the price tag later. The pajamas sell for ₩119,000 KRW (about $100 USD) per set, while the pillow costs ₩69,000 KRW (about $58.00 USD).

I did ask them to use a nice material for the pajamas. But what kind of price… I got surprised too.

Clearly, when working on “The Astronaut” merchandise, Jin remembered this, so he personally asked about the price this time. He proves to always be on ARMYs’ side!

wootteo merch is coming and seokjin asked “will it affect the quality if we lower the price a bit?” i love him pic.twitter.com/29KJ0xEGHF

seokjin’s happy face when the merch staff accepted his offer to lower the price pic.twitter.com/cXZjVutRE9

We’re excited to see all the merchandise! It looks like it’ll be the perfect holiday gift for ARMY.

Watch the full video below.