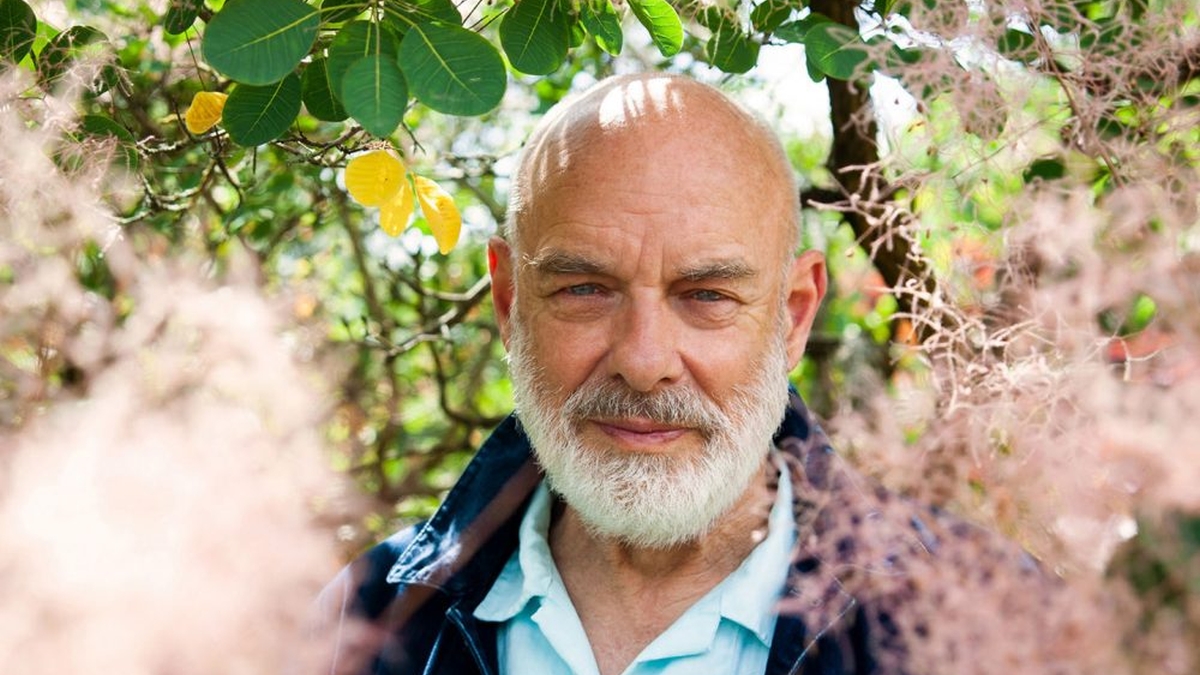 Brian Eno has shared “We Let It In,” the latest preview of his upcoming solo album, FOREVERANDEVERNOMORE.

Featuring backing vocals from his daughter Darla Eno, “We Let It In” follows in the footsteps of the first single “There Were Bells” by continuing to address the global climate emergency. As Darla Eno alternates between chanting the words “sun” and “deep,” Brian Eno sings in a lowered delivery reflecting the morose subject matter: “We open to the blinding sky and let it in/ With open hearts through burning fields/ The soul of it in gorgeous flame.”

The accompanying lyric video was co-directed by Eno with London-based multidisciplinary artist Orfeo Tagiuri and features handwriting by Eno’s granddaughter Anya. Watch it below.

“It’s become a different personality I can sing from,” Eno said about his changed voice in a press statement. “I don’t want to sing like a teenager, it can be melancholy, a bit regretful. As for writing songs again — it’s more landscapes, but this time with humans in them.”

The best performances at the F1 Singapore Grand Prix 2022

FOREVERANDEVERNOMORE is out October 14th via Verve/UMC. It marks Eno’s first album to feature his vocals on the majority of songs since 2005’s Another Day on Earth. Pre-orders are ongoing.

Here Are 17 Unedited Fantaken Photos Of IVE’s Jang Wonyoung That...