The Fab Fourum News Your Beacon for News
Home Featured Boy Crush: Rising Actor Park SeoHam And His Well-Deserved Admiration For His Multitude Of Talents


If you are a Kpopmap reader, you would’ve noticed an ongoing weekly series called “Girl Crush” that explores women in the Korean industry that many admire and have a crush on.

Welcome to the twenty-fifth article of our weekly series “Boy Crush“! This series will appreciate the men in K-Pop and K-Dramas that we have a crush on based on anything from their style, talent, personality, overall vibe, etc. We will learn more about the most crushable boys in the Korean industry and their incredible achievements.

Readers voted for Park SeoHam in our weekly poll to be featured this week.

IMPORTANT NOTE: On Aug, 15, the “Boy Crush” vote was held in advance for 4 articles as there will be no vote for the next few weeks. You can see the results here. The top 4 candidates with the most votes will be/have been featured in the series as follows: 1st place – GOT7”s Jay B (22 August), 2nd place  – Park SeoHam (29 August), 3rd place – Hwang InYoup (5 September), and 4th place – BAE173’s Lee HanGyul (12 September). The “Boy Crush” vote will continue from the 12th of September!

Let’s get to know our crush, Park SeoHam! 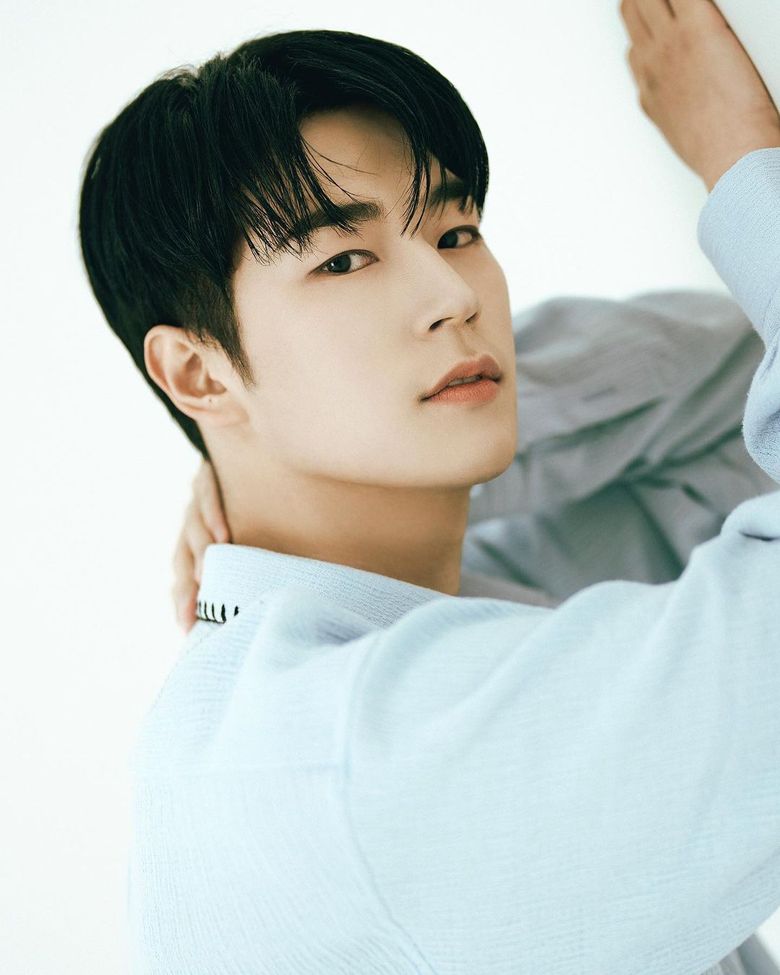 Park SeoHam is famous as a former member of the group KNK, famous for their tall average height and bop-filled discography, and as an actor who has won the fans of local and international K-Drama fans.

Today we’ll take a look at what makes him such an endearing boy crush.

If you’re new to Park SeoHam, here is some basic information about him. He was born on October 28, 1993. You may recognize him by the names SeungJun or GyeongBok; this is because he has changed his name a couple of times before. He was born as Park GyeongBok but was teased in school because his name sounded like the famous Korean monument Gyeongbokgung Palace. So, he changed his name to Park SeungJun when he was eight years old. His name changed to Park SeoHam in 2018.

As an idol, he was best known for being the tallest member of KNK at 192cm (at the time). He is currently said to be 193cm tall, although he has said himself that his height varies between 189cm and 193cm each time he checks his height. 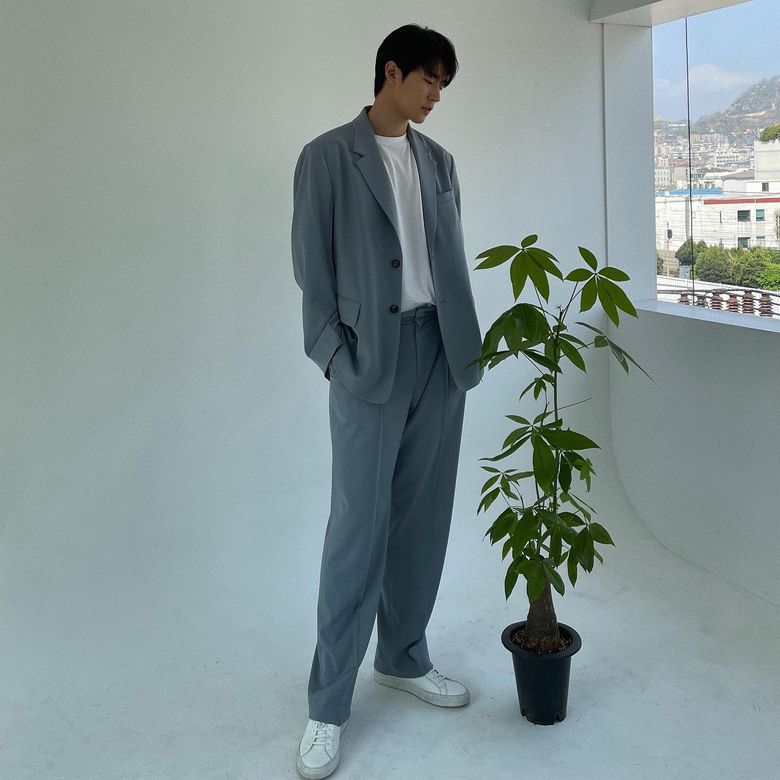 Park SeoHam debuted with KNK in 2016. He was the main rapper and a sub-vocalist in the group. Park SeoHam’s rap has a unique low-pitched tone that appeals to anyone who is listening. His singing is also highlighted by his calm and simple voice which overflows with charm. His falsetto is especially part of his voice’s attractive charm.

Many fans love the soothing quality of his voice, which feels like a slice of comfort to ease one’s mind at the end of the day.

If you want to experience the healing that comes with listening to him sing, check out this cover that he did of ‘Malibu Nights’.

His dancing is also mesmerizing to watch. Emphasized by his body proportions, his moves have an elongated charm. He is also quite flexible and it shows in his dance lines. Wave choreography especially suits his frame.

Other than that, he is very talented at highlighting the details of a dance. You can often see how he dances with every part of his body down to his fingertips.

This ‘SUNSET’ fancam is one of the performances that really shows off his performance ability.

You might also recognize him from his time on the survival show “MIXNINE” where he won over viewers with his impressive visual ranking.

Of course, we can’t leave out his acting. Let’s take a look at some of the most notable roles in his filmography.

However, the role that has seen his popularity spike was in the BL web drama “Semantic Error” (2022). His role as Jang JaeYoung has earned him the nicknames ‘everyone’s daydream’, ‘the best boy’, and many more.

His acting is the kind to make your heart flutter and wreck any actor who was originally at the top of your bias list. More than that, his latest drama earned him quite a lot of fans who are eagerly awaiting his next drama role.

His “Semantic Error” role meant a lot to him and his fans. Park SeoHam talks about how the role came to him when he was dealing with burnout and at a low point in his life. His heart was supposedly 90% percent set on retiring. We’re sure that many people can agree that they’re glad he didn’t give up and took on the part.

In the same interview, he said that “Semantic Error” symbolizes a project that helped him gain his confidence back and helped him set his own pace after the heartbreak of ending his activities as an idol.

When the director of the drama was asked why she cast him for the role, she said that one of the staff members showed her his Instagram and she felt like she could hear Jang JaeYoung’s voice coming from his photo. However, she had reservations because his personality was so kind and she was worried he wouldn’t be able to pull off a cool kid role. Regardless, she gave him a chance and saw his passion and potential.

Next, we need to talk about his visuals. Park SeoHam is known for his silky skin which is highlighted by his prominent eyebrow bones. One of the most adorable features on his face is the way that his eyes crinkle at the sides when he smiles. His eye smile can melt your heart. 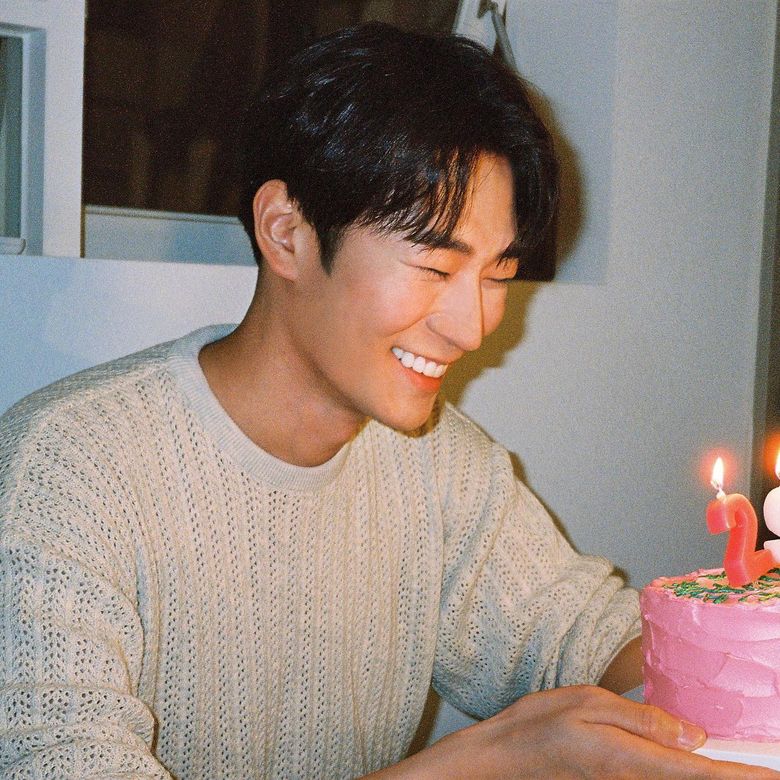 Let’s take a moment to appreciate his visuals in film camera aesthetic, too. 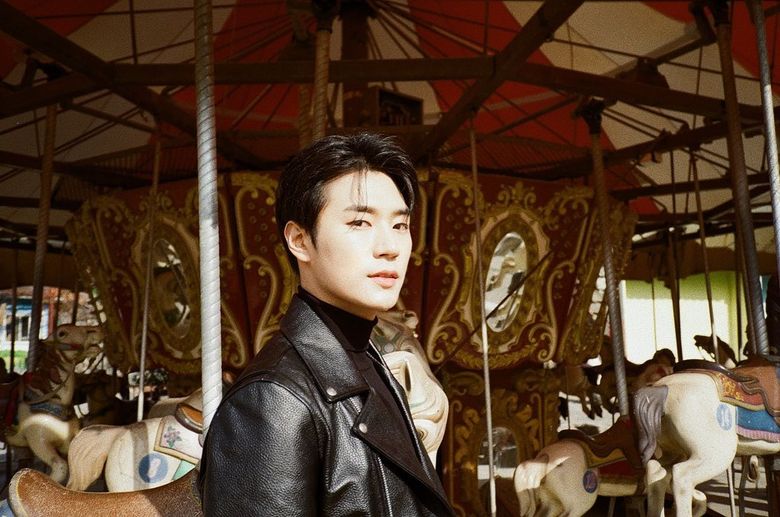 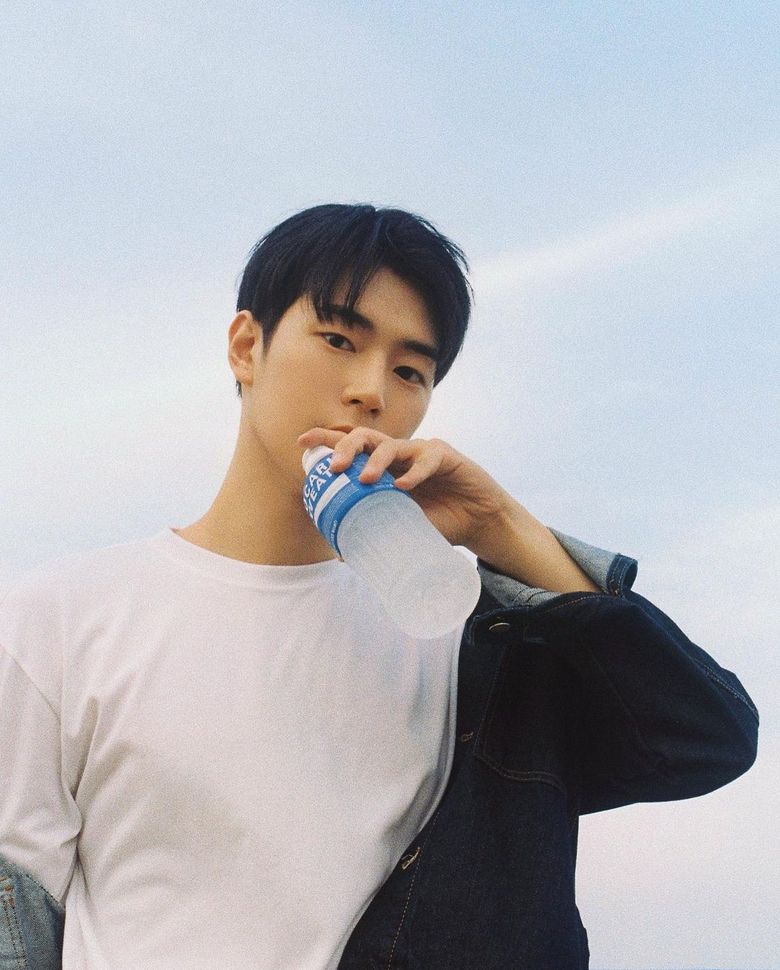 Park SeoHam is actually quite fond of film photography and has a separate account where he posts the film photos that he takes called @postboxham. Let’s take a look at some of his iconic snaps. 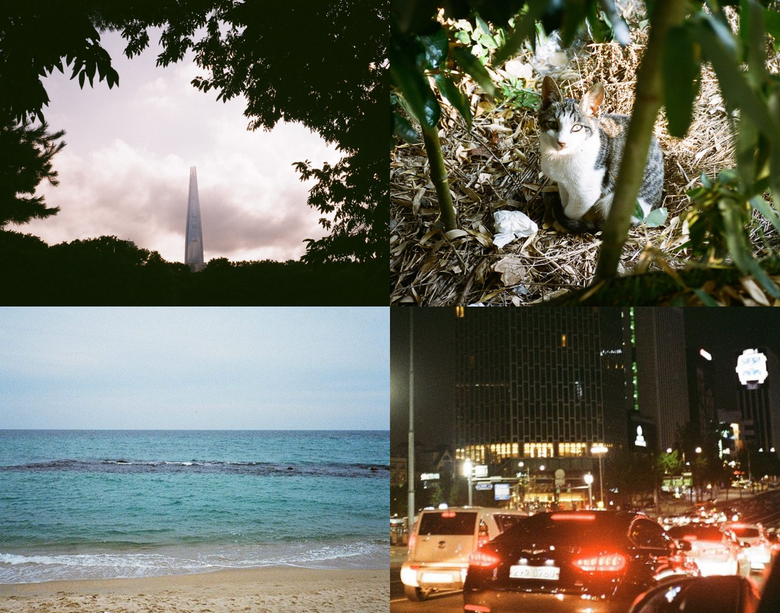 Due to his handsome looks and sculpted visuals, people sometimes think that he appears cold. However, he is actually known to be a super soft person. He is known for being sweet and kind. 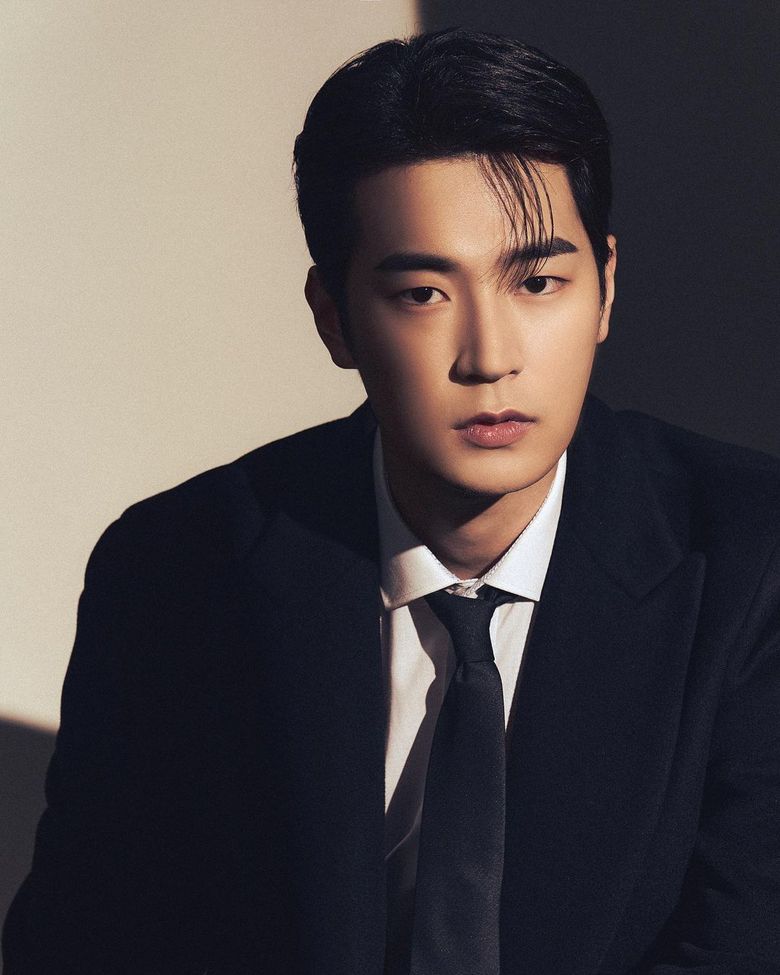 You can take a look at his daily life on his YouTube channel where he posts his own series of vlogs called “SUAMFLIX“. The vlogs are appealing because they are simple and authentic. He shows realistic parts of his life, such as the ins and outs of living alone, in a simplistically charming way that makes you curious about everything about him. It’s also an added bonus that you get to listen to his deep and captivating voice.

Honestly, you can watch any of his videos and enjoy them, but check out this cute blooper reel to start with.

One last random fact about Park SeoHam is his love for Digimon and Pokémon. How cool? Are you a fan, yourself? Let us know in the comments. 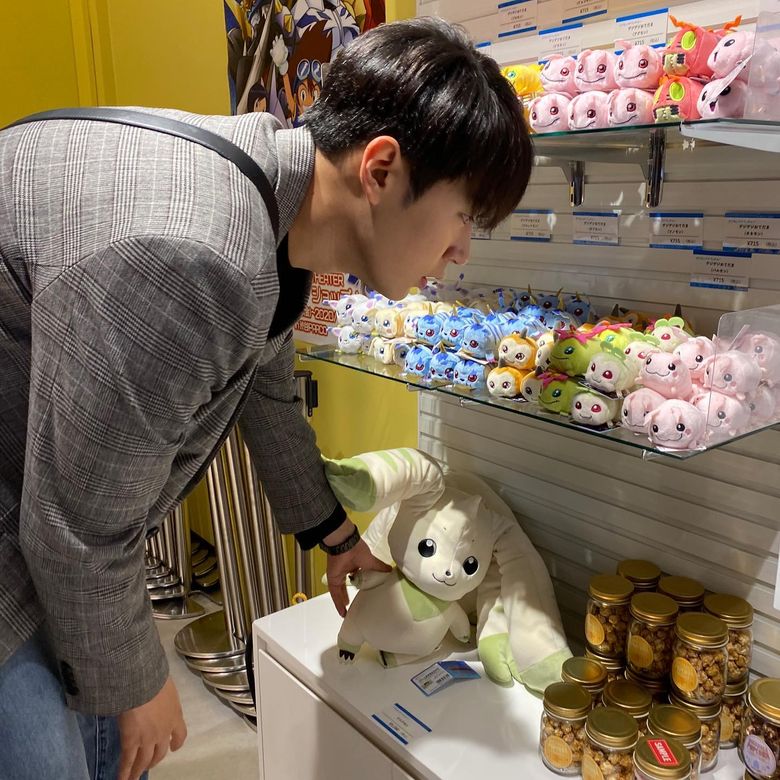 What do you think? Do you have a crush on Park SeoHam?