Welcome to the eighteenth article of our weekly series “Boy Crush“! This series will appreciate the men in K-Pop and K-Dramas that we have a crush on based on anything from their style, talent, personality, overall vibe, etc. We will get to know more about the most crushable boys in the Korean industry and their incredible achievements.

Readers voted for Park BoGum in our weekly poll to be featured this week.

Let’s get to know our crush, Park BoGum! 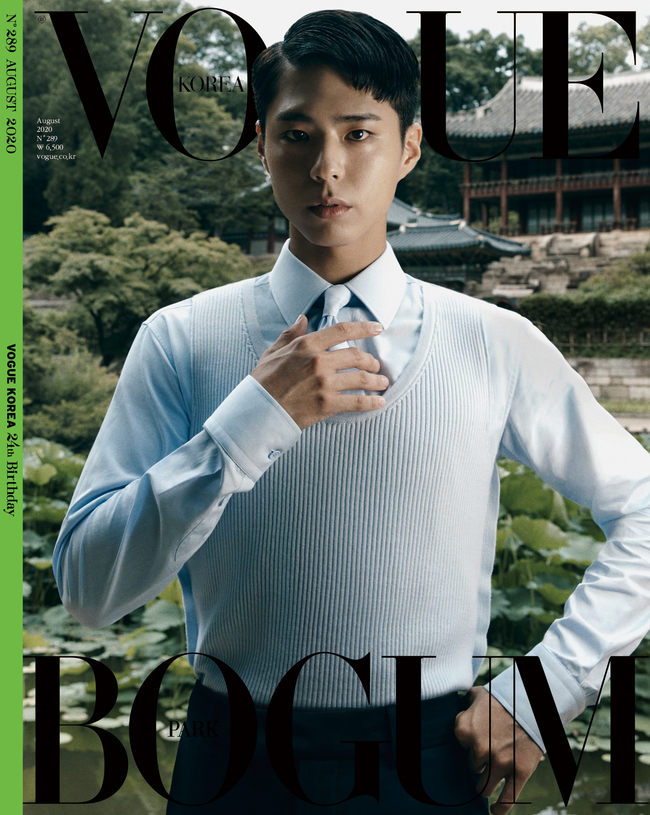 Park BoGum is known as one of the representative heartthrobs of the K-Drama industry. His filmography is one that many K-Drama fans are familiar with and he is high on the stan list of many.

Some of his representative K-Dramas and characters include:

“Hello Monster“, where he showed us his emotional acting and authenticity. The character is very different from his usual image, which made it an attention-grabbing role for him. It showed both his cold charisma and charm.

His character in “Reply 1988” was another highly-acclaimed role and it is one of the dramas that added to his popularity. The role captured the hearts of many and converted them into Park BoGum fans.

In “Love in the Moonlight” he showed us the beauty of his acting and his ability to portray heartbreak in a heartrending way, especially through his eyes.

“Encounter” made our romantic cells sing in praise of his boyfriend persona. Park BoGum showed us pureness in the face of love through his character.

In “Record of Youth” he showed a complex character with complex emotions. He received praise for not only making audiences enjoy his acting but making them feel those emotions, too.

The films that he has acted in are just as impressive. Some of the titles include “The Admiral: Roaring Currents“, “Coin Locker Girl“, and “Seobok“, to name a few.

These works should definitely find their way onto your watchlist soon if you haven’t seen them already.

If you are new to Park BoGum, here is some basic information about him. He was born on June 16, 1993. His initial dream was to become a singer-songwriter, however, the agency that was interested in signing him suggested that he become an actor and singer instead. That was the start of his journey and career as an actor.

He has received attention for his visuals since his school days, proving his natural-born star power. He was (and is still) known for his handsome visuals earning himself the nickname ‘hunnam (훈남 in Korean) which is a pet name Koreans use for a man who is exceptionally handsome and kind.

This has translated well into his acting career as he often gets cast in roles that best display those traits. There is a sentiment that a lot of Park BoGum’s roles tend to be tearful and have a tragic twist. However, his ability to portray those raw emotions and make fans tear up proves the top level of his acting delivery. In his happy roles and moments, he shines brightly with a beaming smile, too.

His duality is due to his firm grasp of expressions when acting. One fan described Park BoGum’s eyes as having their own acting prowess. That is how convincing his gaze is when he is in character.

On top of his acting skills, fans who are new to Park BoGum might have learned that he is a talented singer for the first time. His voice has an earthy tone that wraps around you in a warm blanket of melody. It has a calming nature and is reminiscent of the pleasant feeling one gets from listening to fire crackling on a rainy day.

In fact, in 2020, Park BoGum released a single called ‘All My Love’ with Sam Kim that expressed his love for his fans. If you are one of his fans, this song will move you with its warm sentiment.

Here is another must-watch video of his mini-performances on “You Heeyeol’s Sketchbook“.

His musicality doesn’t end there. As you noticed, he was playing the piano in the video. He enjoys playing the piano as it allows him to experiencethe pure joy of music. He made sure to always be able to play music by majoring in film and musical studies at university.

You can see more of his piano skills in this video:

BTS’s Jungkook Discovers He’s Always Been Destined For Luck And Success, Even According To His Palm Readings

Additionally, he is also gifted when it comes to dancing. He could’ve easily been an idol with his all-rounder charm. It’s lovely that fans get to enjoy so many sides of him and his diverse talents.

His talents don’t end there, however. Park BoGum also has amazing MCing skills and has been the MC for “Music Bank” among other shows/events.

Although we briefly mentioned his visuals at the beginning of the article, we need to discuss them in more detail. Park BoGum has sell-out visuals. There have been incidents where he modeled for a magazine and it sold out upon release due to his handsome looks.

His tall height and broad shoulders are especially appealing, as well as his eye for fashion and modeling abilities. He is famous for his proportions. This is why he gets so many loves calls from brands to wear their clothing. He recently took part in promotional activities for CELINE in Paris. His photos from the trip have been going viral as netizens have been reminded (not that you could forget) of his good looks once again. 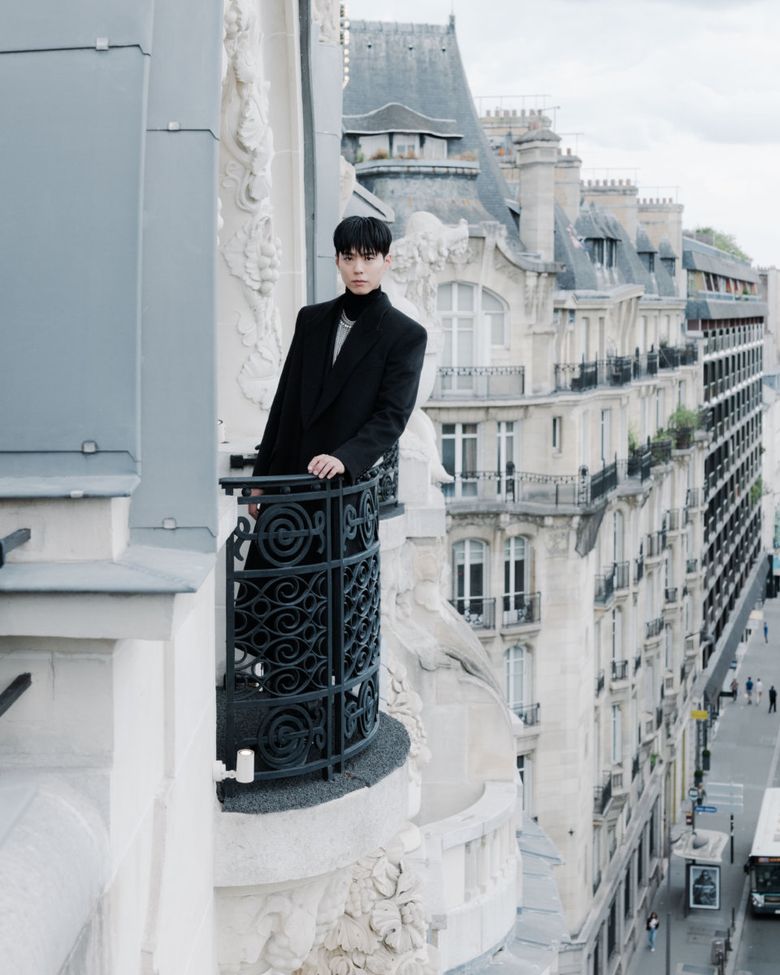 You can’t talk about Park BoGum’s visuals without mentioning his smile. Fans often give his smile credit for their adoration of him. His smile has a refreshing quality that is like hitting the reset button on anything that could make you remotely unhappy. One look at his smile can make your worries fade away.

In fact, on the show “Radio Star“, he was once described as, “A mineral spring that is hidden deep in the mountains, that you weren’t looking for.” You may not have been looking for it, but once you discover it, it is a welcome treat that will rejuvenate you. 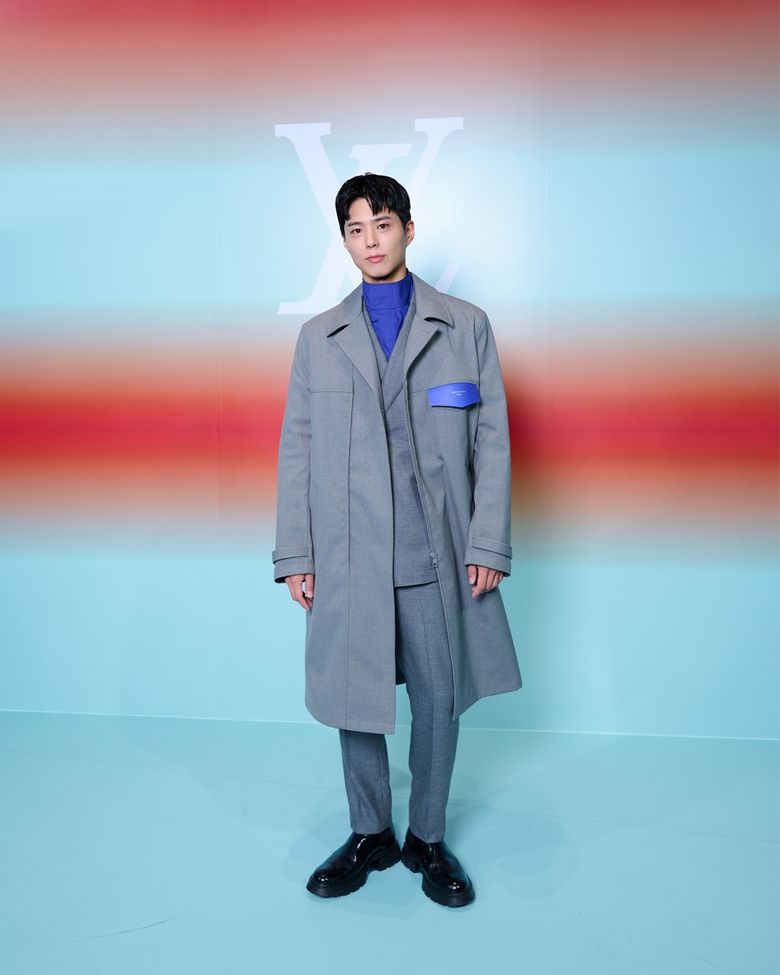 As we mentioned before, Park BoGum is known for his kind personality. He is well-mannered and known to be considerate of others. He is also known for being deeply sentimental. Park BoGum tends to cry easily upon hearing emotional words and exudes a sense of purity.

When asked to describe his personality he said:

I’m optimistic. I try to live whilst being thankful. As I keep expressing gratitude, I keep gaining more things to be thankful for.
Park BoGum

Many consider him to be boyfriend-like or ‘boyfriend material‘. You can see that vibe evidently in his photographs. Fans may wonder what type of boyfriend he would be or even be curious about his ideal type. He once said that his ideal type is somebody who suits him well, takes care of him like his mom, and is comfortable like a friend. He doesn’t have an ideal type when it comes to appearance and he doesn’t care about the age difference.

Additionally, his good nature is reflected in the way that he gives back. Park BoGum is quite generous and known to donate to a number of charitable causes. He does not only donate money but also donates his time by visiting nursery schools, delivering briquettes, and more.

Here are some random facts about him:

He is a big eater. Park BoGum could be a mukbang star if he wanted to as he tends to eat large portions.

He enjoys swimming and exercises regularly.

His fans call him ‘Bambi’ due to their resemblance.

Lastly, we’ll use a fan’s words to wrap up this article, “I mean look at him… Who wouldn’t have a fat crush on this cutie?!” 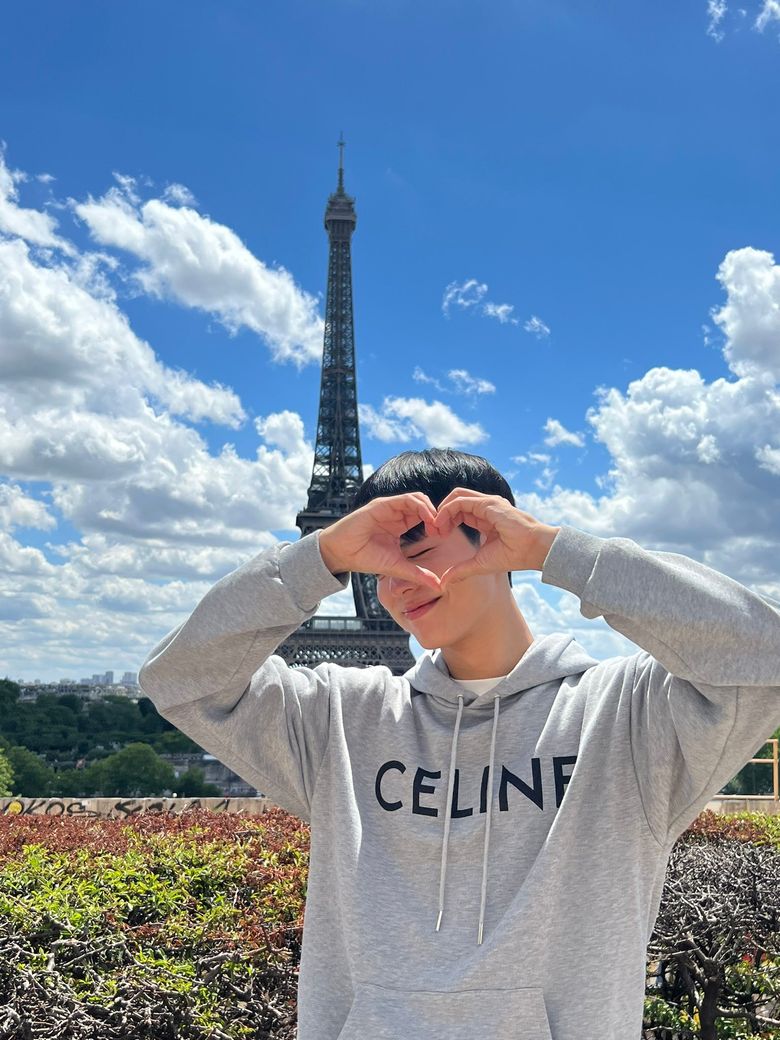 What do you think? Do you have a crush on Park BoGum?

The Rose “HEAL TOGETHER” World Tour: Cities And Ticket Details