Welcome to the tenth article of our weekly series “Boy Crush“! This series will appreciate the men in K-Pop and K-Dramas that we have a crush on based on anything from their style, talent, personality, overall vibe, etc. We will be getting to know more about the most crushable boys in the Korean industry and all of their incredible achievements.

Readers voted for THE BOYZ’s Q in our weekly poll to be featured this week.

Let’s get to know our crush, Q! 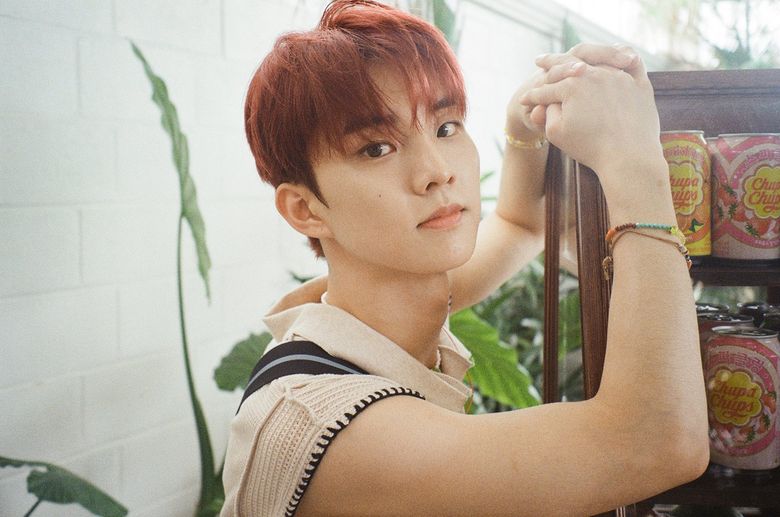 Q is famous as a member of the endlessly talented boy group THE BOYZ. They are known for their captivating performances, creative direction, and innovative content. Q is well-known in the group for his incredible dance skills, duality, and addictive energy.

These are not all of the things he is known for, so we will take a deeper dive into who he is as a performer and a person in this article.

For fans who are new to Q, here is some basic information about him. Q was born on November 5, 1998. His real name is Ji ChangMin. He debuted in THE BOYZ as a main dancer and vocalist in December of 2017.

Q passed his audition through a dance academy in his hometown of Cheongju, becoming a trainee in middle school. He trained for 3-4 years.

To me debuting is something that I can’t even express with words. It’s like a dream. It’s something I’ve been dreaming of since I was a student, since I was young. I think it’s like a new start.
Q

THE BOYZ is a heart-like existence. The heart has to beat for the members and I to move around.
Q

To me, fans are… Whenever I’m having a hard time, I enter the fancafe and read the letters fans leave. I gain a lot of strength. Even when it’s difficult, I have to work harder and make the fans happier. I’m so thankful to fans for holding onto me like this.
Q

Moving on to his multitude of talents, Q is one of the top dancers among 4th generation idols. Q is exceptional at doing isolations, popping movements, and waves in his dance routines. He is also a king when it comes to facial expressions that top off the performance and bring it even more to life.

In 2018, he became a living personification of a hip video game character in Dispatch‘s series featuring K-Pop main dancers. Check it out here.

He even entered the 1thK “DANCE WAR” dance survival show as contestant PINK 02 among other dancers known for their moves. Q’s other dance strengths include how sleek his dance lines are and his ability to bring the killing part of any choreography to life. He dances fully, extending the dance moves with his limbs to fill up space on the stage, all while preserving his control over his performance.

Here is one of the must-watch Q fancams for ‘Reveal’.

When talking about Q, you can’t leave out his exceptional cover dance skills. Q will take any cover choreography and perform it like it’s his own that was specifically designed for him. He can even perform covers on the spot.

Check out this video where he proves how much attention he pays to details before owning any cover dance with his top-tier skills.

Q’s vocals are filled with a smooth sentiment. His voice is melodic and has a calming charm to it, that makes you want to play it on a loop. Q once shared in a V-Live that he was tone-deaf before debuting and often sang out of tune. He worked really hard to fix that and overcome it. It’s safe to say that he more than overcame it though. Anyone who listens to Q’s singing now would never guess that was the case. His vocals are not only great to listen to but stable when he performs, as well.

You can feel that his vocal color becomes better and better with each comeback.

Check out his recent cover of ‘Dandelion’.

Q is also skilled in the music production process. He has a number of writing credits for THE BOYZ’s songs including ‘I’m Your Boy’, ‘Clover’, and ‘Out of Control’, to name a few.

Q has one of the brightest auras in K-Pop. He has an extremely adorable side to him that will instantly put a smile on your face like a shot of dopamine.

His members and fans often say that he is like a squirrel or an alpaca. He is also known as a dolphin for his high-pitch screams and a giraffe because of his long neck. 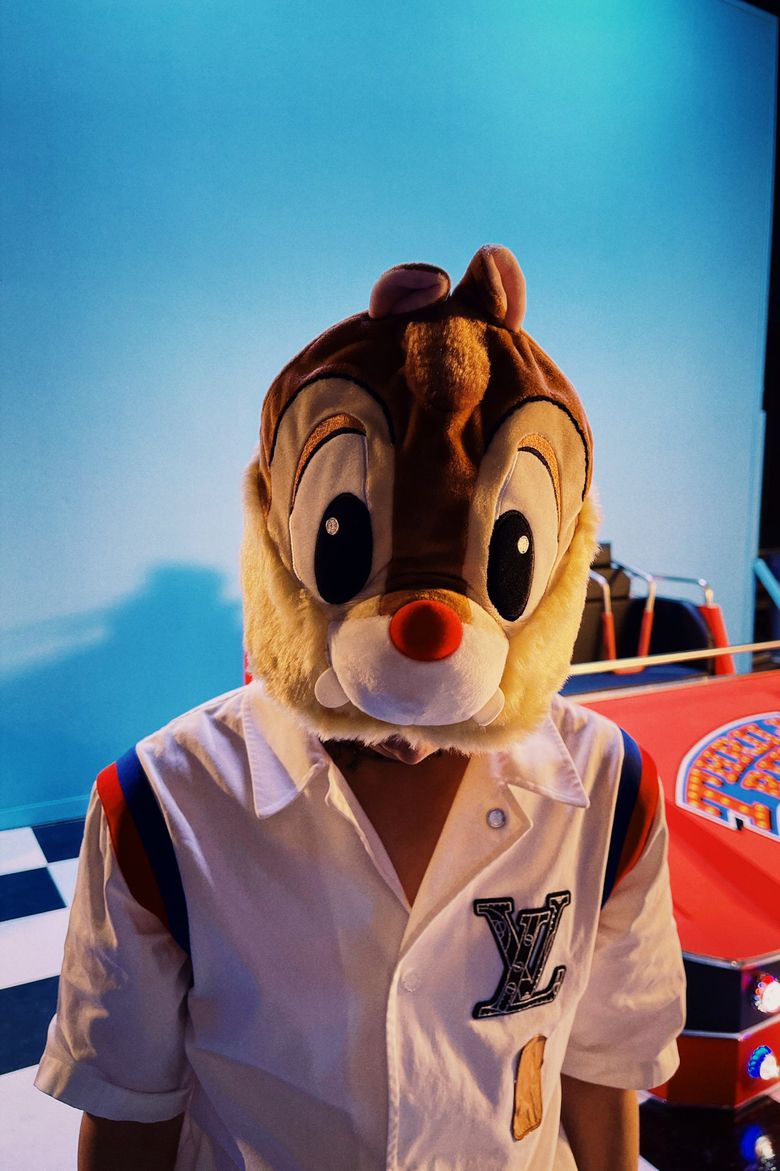 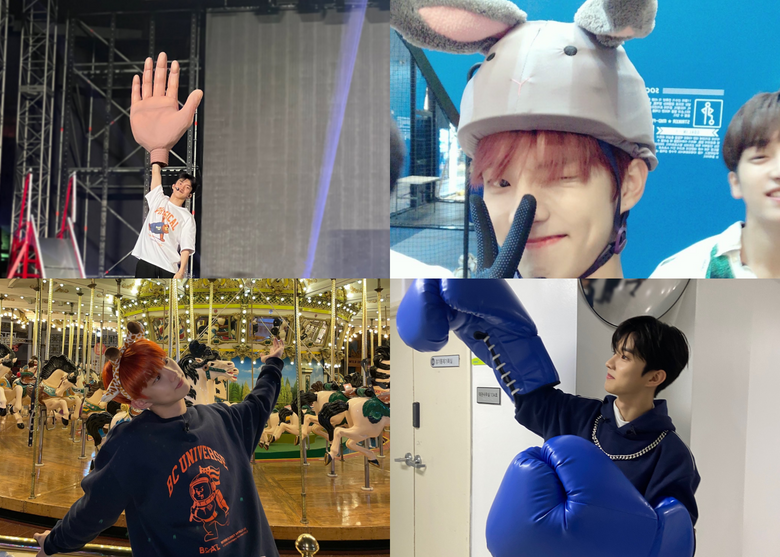 Maddie Font To Tae Kerr After First CMT Award Win: “Can We Just Get Drunk”

True to his squirrel nickname, he bites his members when he’s happy or excited about something and considers it as a sign of affection.

This tweet sums up his duality very well as he can be cute, sexy, sassy, funny, and more.

It’s the bday of my baby Changmin y’all, my bias wrecker. One of the best performer in this industry. A talented, harworking, funny & sweet boy. HBD LOML <3

Q is very close with his family. He once broke down in a behind-the-scenes video filmed for “Show Champion” when he was trying to thank his older sisters for their role in his journey. He thanked them for putting their dreams and the things that they wanted to do aside for him to be able to achieve his. So, he wants to succeed so that he can allow them to do everything that they want to do in the future. He has often said that family is the most precious thing to him and has said that if he was born again he’d want to be born into his family again.

Q and his members even sang ‘Break Your Rules’ at his sister’s wedding.

These moments really showed fans how thoughtful he is and how he lives his life with gratitude. 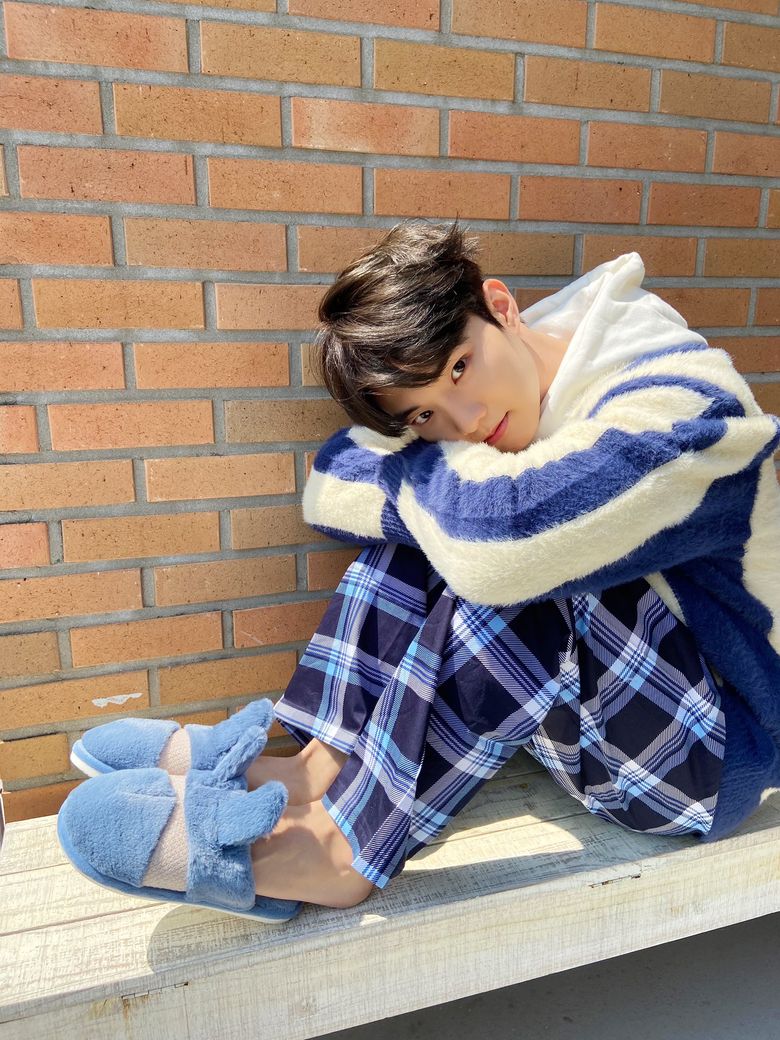 Not only that, but Q is an extremely considerate person. Even when he is having a hard time, he tends not to express it to those around him in fear that they might carry his concerns, too. Although he has his bright persona, there are times when he is down. However, he says that he always tries to cheer others up with his sunshine energy. Whenever Q expresses profound thoughts, he shows another lovable and relatable side of himself.

Q has another unexpected side to him. He loves all things horror and especially the characters. He always calls scary characters such as Chucky and Annabelle cute. 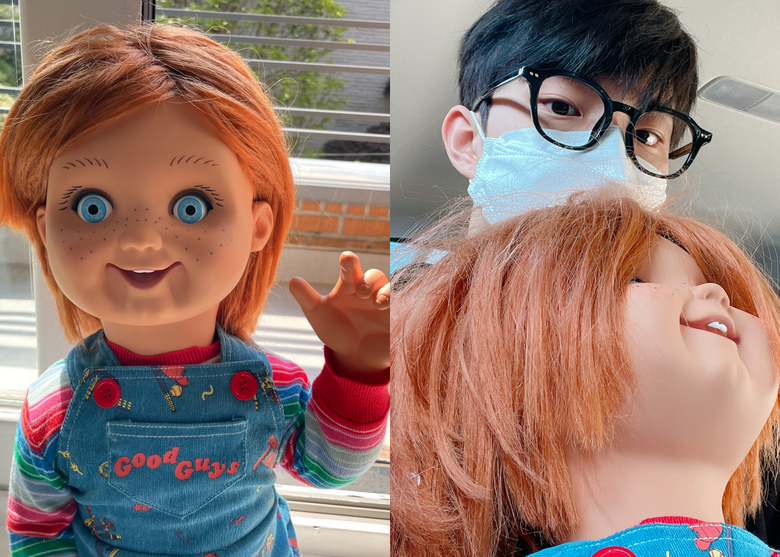 This speaks to how unique his personality is. When asked what his favorite thing at Starbucks is, he shared that he likes the napkins the most because he thinks they’re pretty. At first fellow member New was confused at Q not naming an actual menu item and thought that he mentioned the napkins because they wipe well or something, but Q was simply talking about their design.

Some more TMI facts about Q is that he loves tteokbokki (Korean spicy rice cakes) and eats the dish very often. However, he cannot handle spicy food so he often eats the mild version. He also prefers pineapple pizza over mint chocolate.

Q is an animal lover and has a pet dog named Gana who he adores. 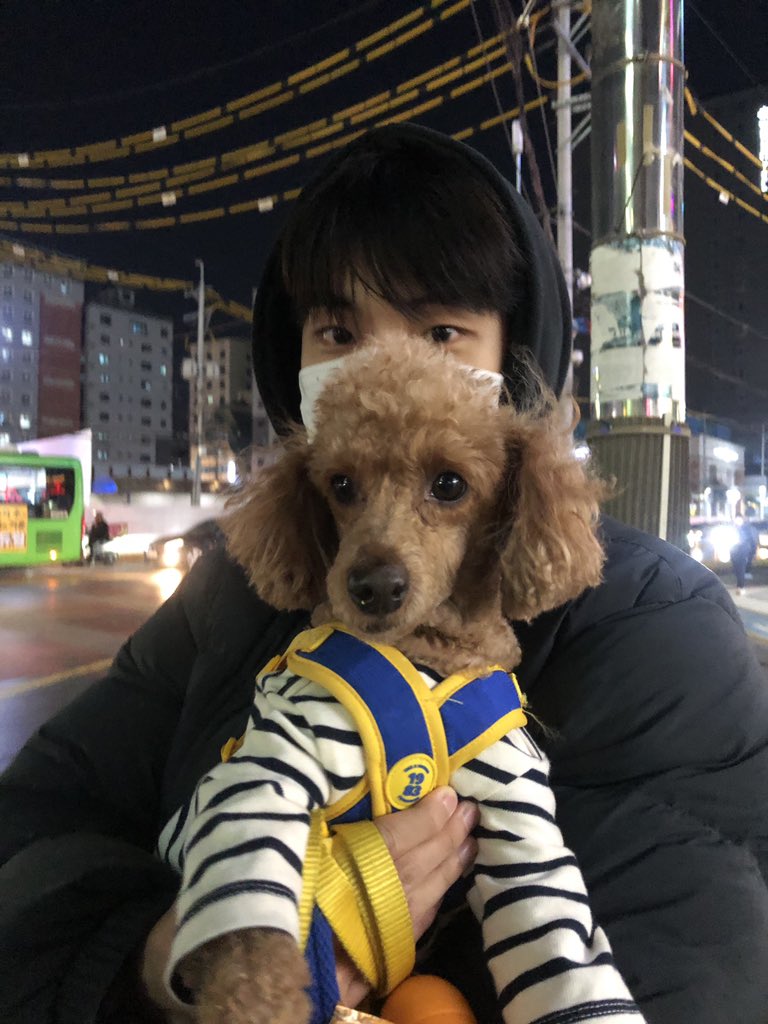 His youthful visuals emphasize his glowing aura. He can pull off virtually any hair color and looks especially cute in glasses. 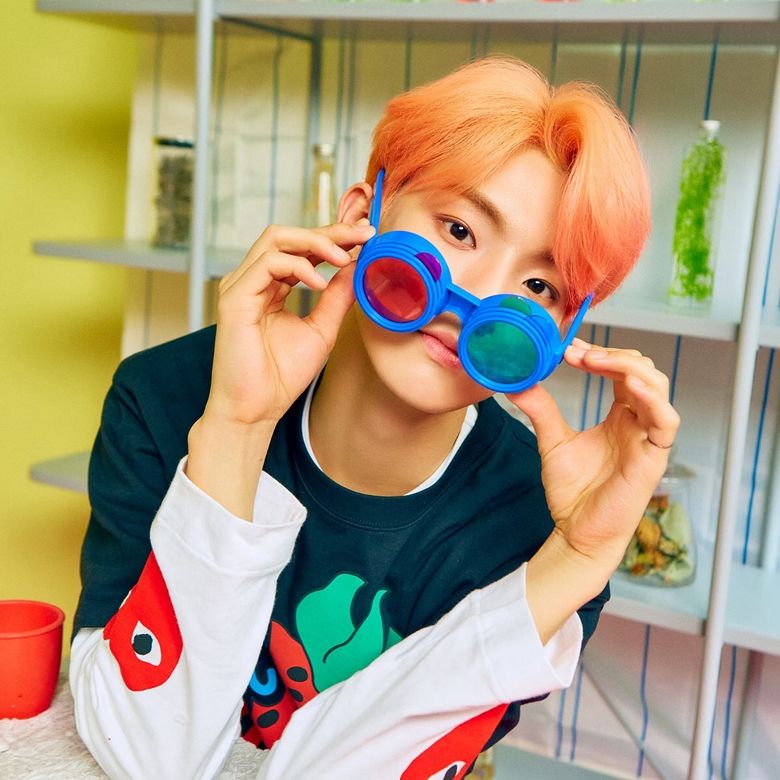 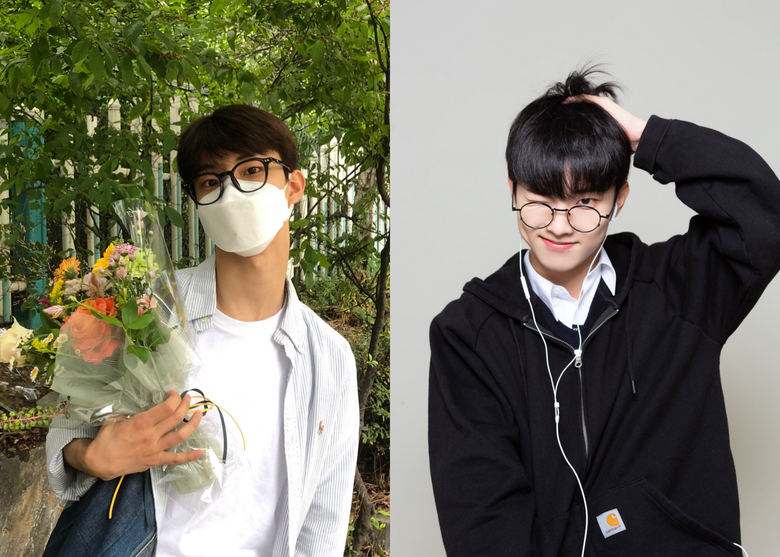 You didn’t think we would end this article without appreciating his dimples, did you? Q’s dimples add to his adorable smile that we just can’t get enough of. 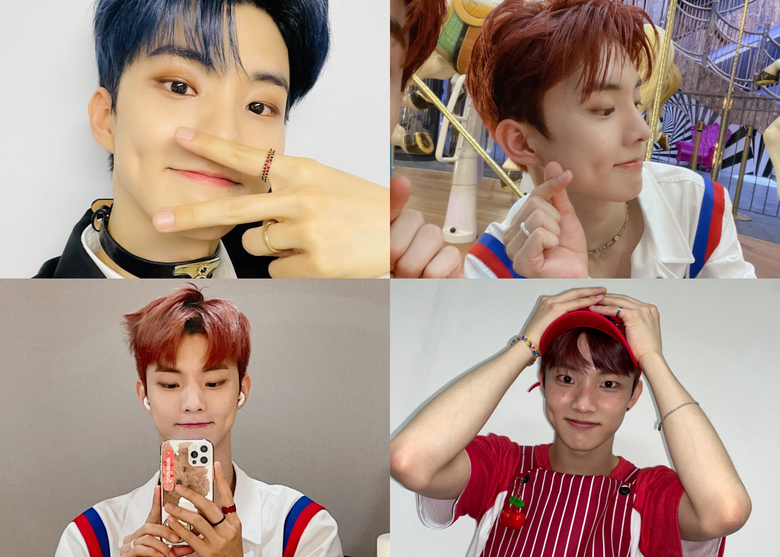 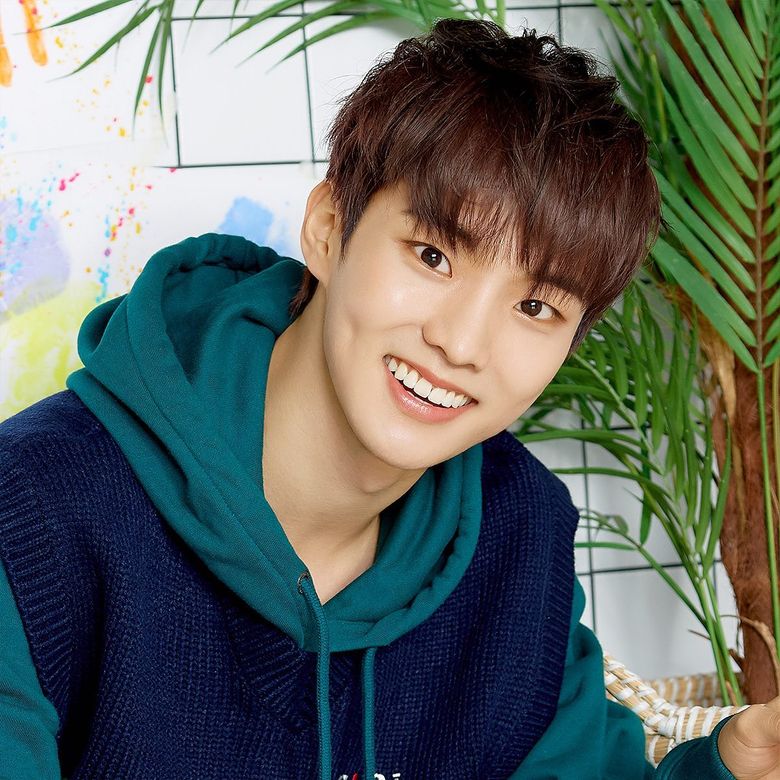 THE BOYZ will be releasing their 2nd Japanese EP “She’s The Boss” on May 27. Make sure not to miss it and show them lots of love! 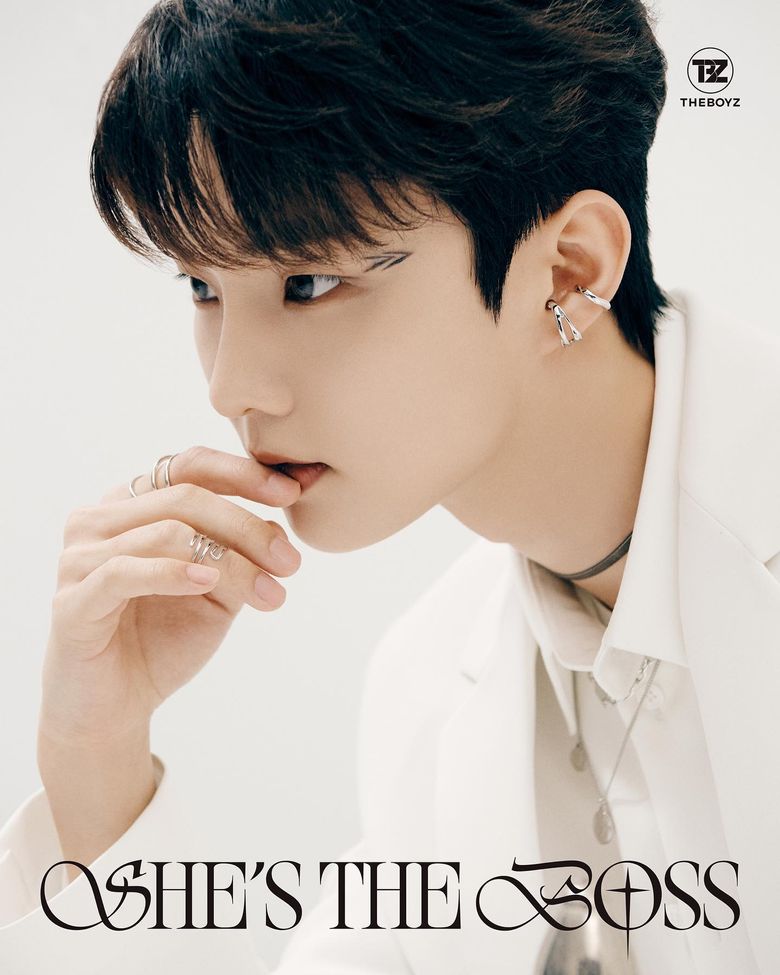 There are so many quirks and cute things to love about Q, but these were just a few.

What do you think? Do you have a crush on Q?

Don’t forget to check out our previous articles below:

IU Continues Tradition Of Making Meaningful Donation On Her Birthday

How to Get Tickets to Los Ángeles Azules’ 2022 Tour

Video Premiere: The A’s – He Needs Me