Welcome to the twenty-seventh article of our weekly series “Boy Crush“! This series will appreciate the men in K-Pop and K-Dramas that we have a crush on based on anything from their style, talent, personality, overall vibe, etc. We will learn more about the most crushable boys in the Korean industry and their incredible achievements.

Readers voted for BAE173’s HanGyul in our weekly poll to be featured this week.

Let’s get to know our crush, HanGyul! 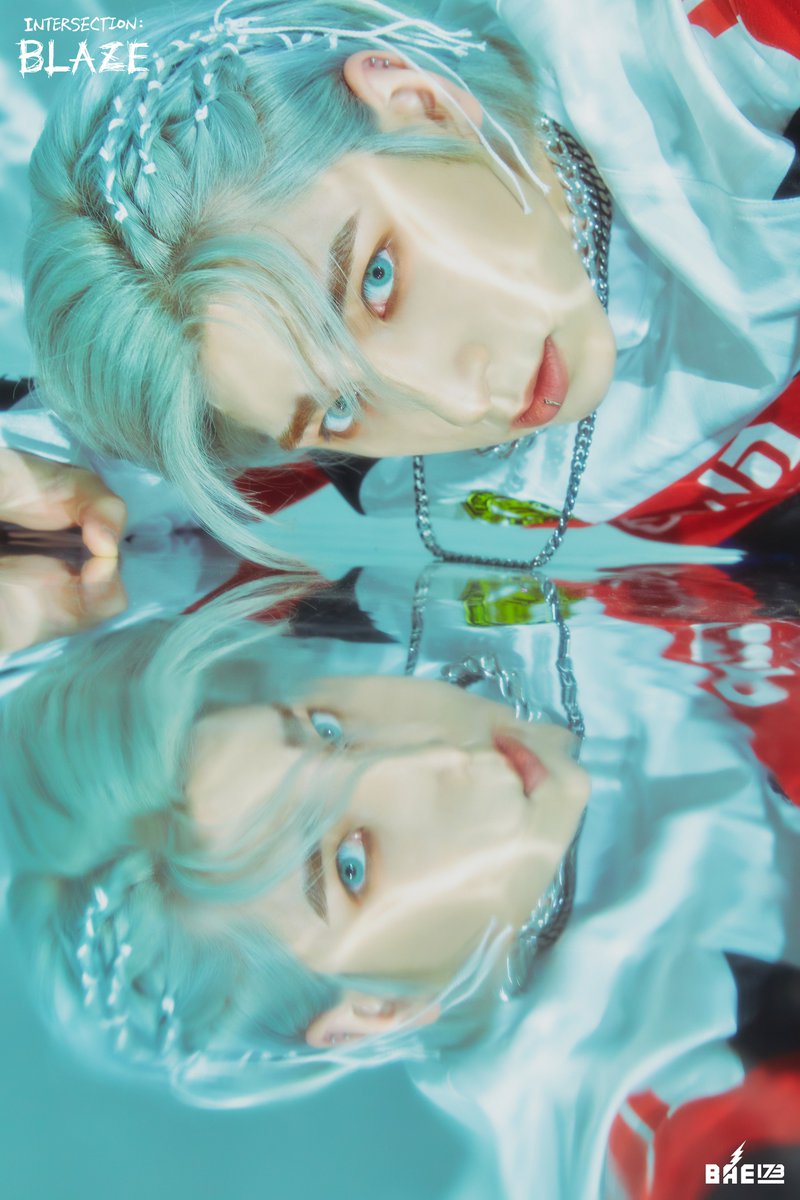 HanGyul is famous as a member of DaSHing boy group BAE173. You might also recognize him from his time in the groups X1, IM, and the duo H&D. He is also well-known for his time on the survival shows “Produce X 1o1” and “The Unit“. Despite his young age, HanGyul has achieved a lot of incredible feats during his career.

Let’s learn more about this legend-in-the-making and his boy crush charm today.

For those who are new to HanGyul, here is some basic information about him. He was born on December 7, 1999, and has had a passion for music for a long time. He was adopted and has spoken openly about his life at an orphanage until he joined his adoptive parents at seven years old. HanGyul has shown an exceptional level of understanding in all perspectives regarding his childhood. He is thus known for his positive mindset.

His career beginnings are rooted in his debut with IM in 2017 and his start as a backup dancer for several artists such as T-ARA and DIA, to name a couple.

The members of IM all joined “The Unit” two months after their debut. Although he didn’t make the final lineup, he left a strong impression on viewers of the show, grabbing their attention. The group IM disband after two years.

During his time on “The Unit”, he gained praise and attention for his dance lines, tumbling, and stable vocals. Despite fierce competition, he held his own proving his talent. He was even praised by veteran artists such as Rain for his impactful performance power and Hwang ChiYeol for his pleasant vocal tone.

In 2019, he joined “Produce X 101” and thanks to his undeniable charm, made it to the debut group X1. Unfortunately, X1 didn’t get to promote for a long time before disbanding. Nonetheless, fans were already hooked on HanGyul’s charm and excited to see what he would do next.

During his time on the show, HanGyul’s visual charms especially stood out on top of his talent. Not only did fans fall for his stage presence, but many discovered/re-discovered his good looks. Many also fell for his personality as he cemented his position as a mood maker among the contestants.

Not to mention that he wowed viewers with his adorable aegyo, too.

Thereafter, he formed a duo with fellow labelmate and current fellow group member BAE173’s DoHyon, called H&D. They also didn’t get to promote for a long time. However, their chemistry was cemented in the hearts of fans who hoped to see them continue collaborating.

Luckily for ELSE (BAE173’s fandom), the two debuted as part of the same group (BAE173) in 2020. HanGyul debuted with the group and is currently taking on the role of their main dancer, lead vocalist, and their leader.

Let’s take a look at his talents in detail. If you’re not stanning him yet, you should get your heart ready because anyone who is exposed to his allure moves him to the top of their stan list.

As a dancer, he boasts a stable core that gives his choreography execution stability. He has power but the ability to appear simultaneously gentle and his dance lines are the highlight of any performance. His flexibility is also one of his dance charms.

Check out this fancam of him performing ‘JAWS’ to see his dance talent.

He is especially talented at acrobatics but has had to do less of these moves due to injuries and his own safety.

When it comes to vocals, his voice has a husky appeal that melts in the ear. However, he is also skilled at high notes which might come as a surprise to new fans of his. This goes to show his wide vocal range that suits any genre or song concept.

You can get a great feel for his voice in this live performance of ‘Woman on the beach’.

HanGyul made his lead acting debut in the web drama “Love in Blackhole” in 2o21. He has shown great enthusiasm for acting and said that he felt honored to be in the drama. HanGyul expressed that he approached his first lead acting role with the mindset of learning and was thankful to the crew and cast that made the atmosphere comfortable. We’re looking forward to seeing which acting roles he takes on in the future!

With his triple threat talent, many ELSE feel like HanGyul deserves more spotlight and appreciation for his skill level in his respective crafts.

Talent aside, HanGyul is one of the idols deserving of the nickname ‘best boy’. He is easy-going,  sociable, and confident. As a result, he makes friends easily and engages with his fans like they are besties, as well. He is quite playful which adds to his approachability.

As you can tell by his impressive career specs, HanGyul is one dedicated hard worker. He once stated that he wants to work hard to pay back those who have cared for him with his success. It’s clear that he has lived by this philosophy and is already doing an excellent job. You can feel how much he cares about taking care of others in the way that he loves children and pets, too.

He is a firm believer in doing your best at any given opportunity and pushing forward no matter the obstacle, especially with the goal of making others proud. 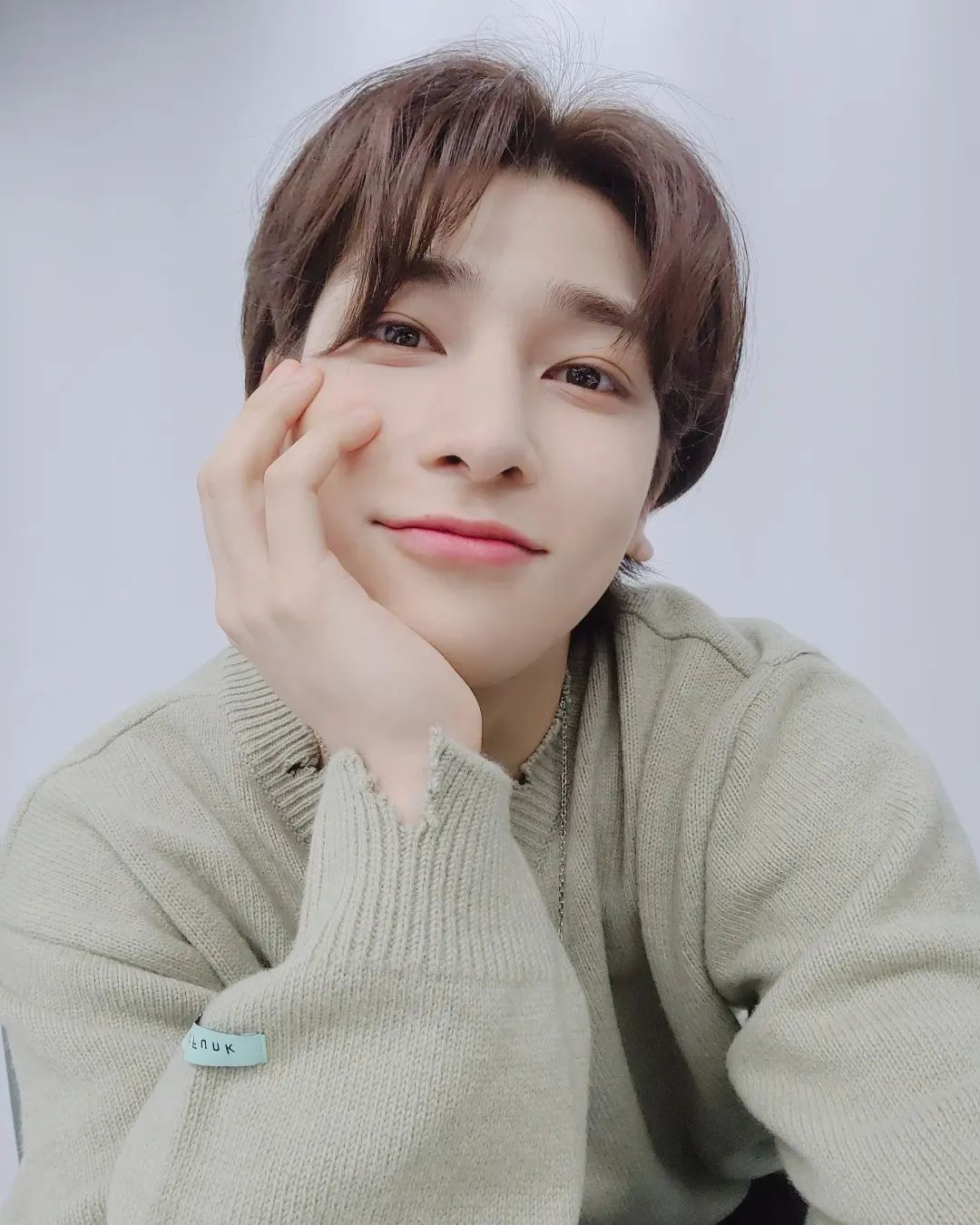 Lastly, we can’t leave out his visuals. HanGyul’s visuals are like fine wine and only get better with age. 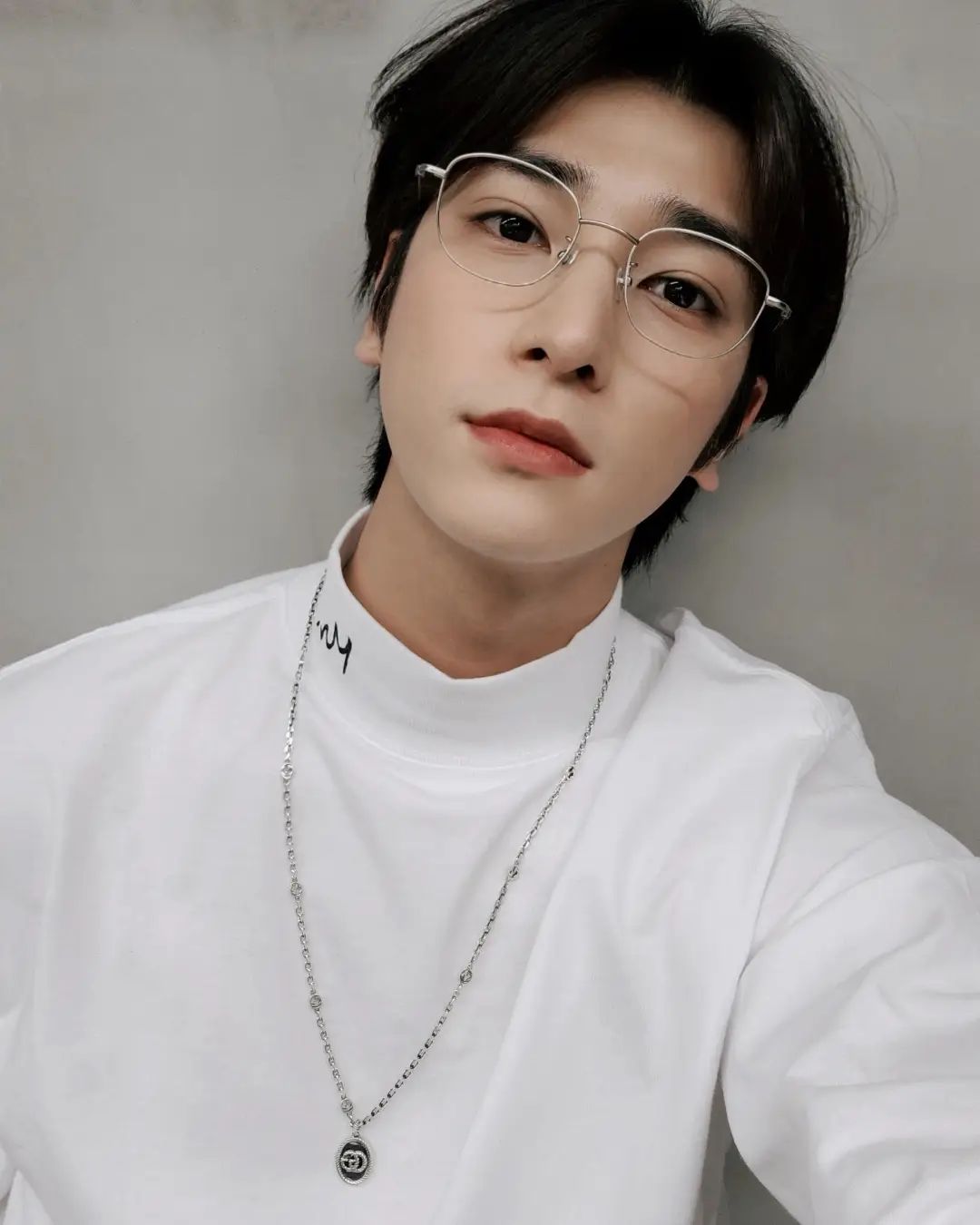 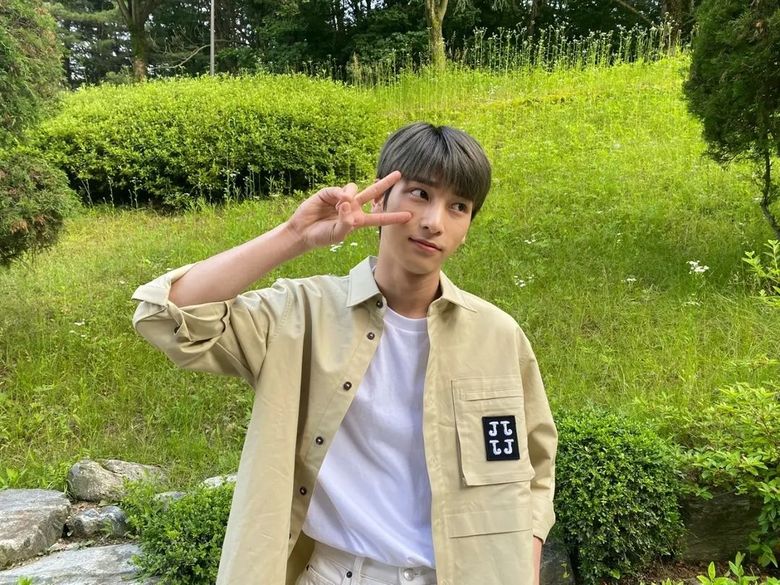 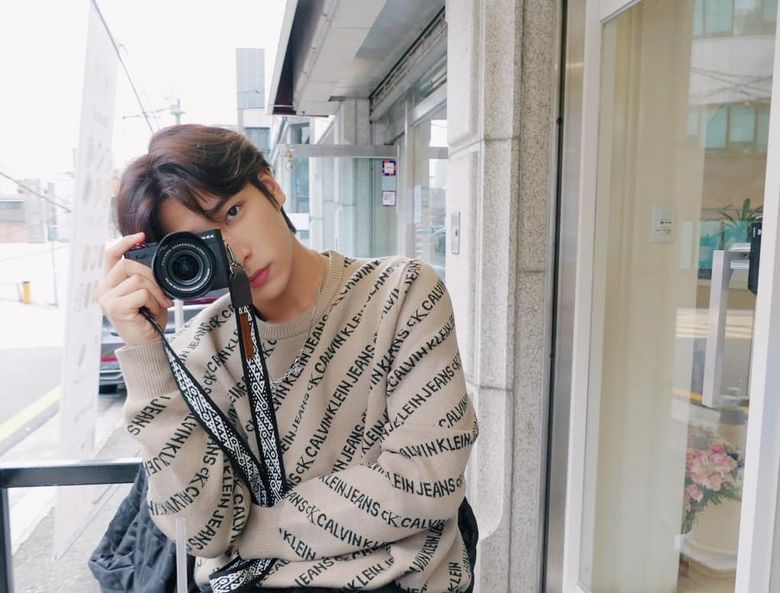 He has distinct features and a masculine impression. However, much like his dance lines, there is a duality to his looks that allows him to be soft and cute at some moments and mesmerizingly sexy at other times.

He is also quite proud of his masculine body which he accredits some of his visual charms to. HanGyul thinks that his collarbones and abs are some of his most attractive features. We have to agree wholeheartedly.

Overall, he has the kind of beauty that makes you take a second, third, fourth, and many more looks each time.

To sum HanGyul up in one sentence,

“He is walking talent with a wholesome heart.” 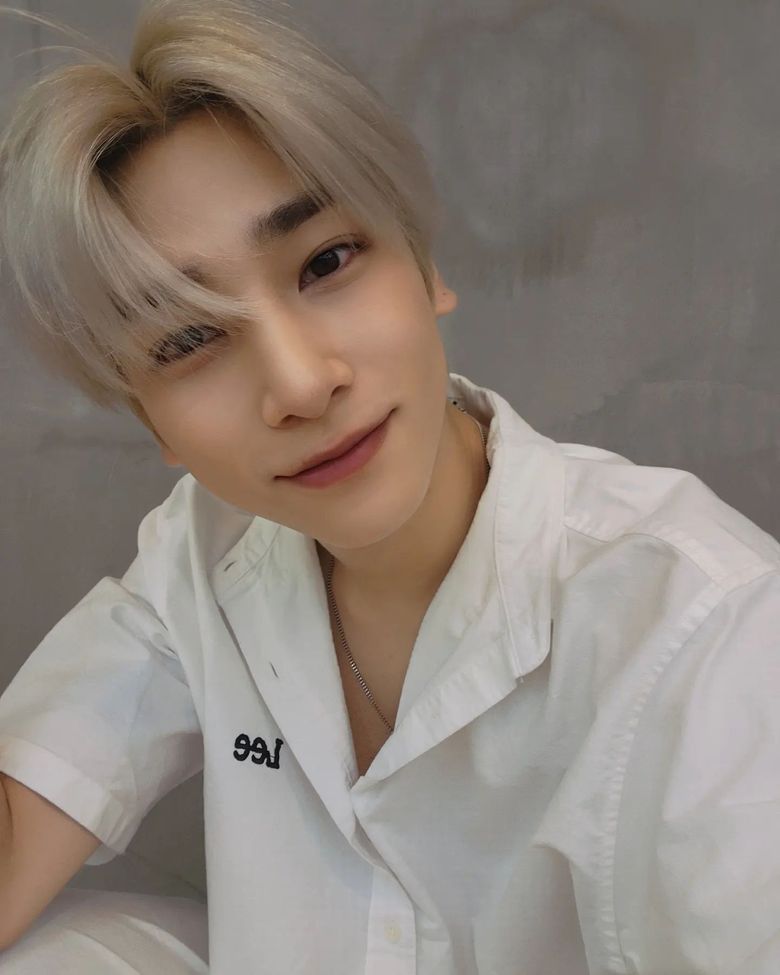 HanGyul is the full package as an artist. Not only is he talented in each aspect of the industry, but his mindset is admirable, as well. We have no doubt that HanGyul is destined to be a legendary force in the industry later.

What do you think? Do you have a crush on HanGyul?

Slipknot’s Corey Taylor on Joey Jordison: “He Had Demons”