“Architects Of Doom”, the new video from German power metallers BLIND GUARDIAN, can be seen below. The song is taken from the band’s latestalbum, “The God Machine”, which is being released today (Friday, September 2) via Nuclear Blast. The cover artwork for the CD was designed by Peter Mohrbacher and can be seen below.

Singer Hansi Kürsch comments: “Happy Release Day! Finally, finally, the day has come. Good things come to those who wait… I cannot imagine ever longing that intensely for a release date. You are hopefully already holding that masterpiece in your hands, assuring yourself that we didn’t exaggerate with all our praise beforehand. No fillers, just killers!

“‘The God Machine’ is a wholesome BLIND GUARDIAN album that will sweeten your coming months, even years. It’s served, bon appétit! ‘The God Machine’ features classic speed metal anthems, epic bangers and ‘Architects Of Doom’! This song is an epic wrecking ball at its finest. In my opinion, this is the best and most outstanding track of the whole record. Reinvention or a return to ancient virtues, that’s the question.”

This past March, BLIND GUARDIAN released a performance video for “Secrets Of The American Gods”. The clip was filmed during the recording sessions for the band’s new album at the Twilight Hall Studios between March 2020 and 2021.

Three months earlier, BLIND GUARDIAN released the official music video for another new single, “Deliver Us From Evil”. Filmed by Dirk Behlau, the clip was said to be a taste of the band’s new LP.

In July 2021, Kürsch told Rock Hard Greece about the musical direction of BLIND GUARDIAN‘s new material: “It is by far the most intense album we did in a very, very long time. It is, in every measure, a roller-coaster ride. There is a lot of let-your-hair-down stuff — more than I expected. There are some typical surprising BLIND GUARDIAN elements.

“I’m just curious to see, really, or to hear what people will think about it. I think it’s a very, very strong album. It will surprise a lot of people.

“The composing mostly has been accomplished before corona started to happen, but you can feel that there is a lot of anger in the album. It really delivers also very catchy and positive vibes, but there is a very raw energy you will feel.”

Prior to “The God Machine”‘s arrival, BLIND GUARDIAN‘s latest release was the all-orchestral album “Twilight Orchestra: Legacy Of The Dark Lands”, which came out in November 2019 via Nuclear Blast. To create the concept, lead guitarist André Olbrich and Kürsch worked alongside German bestselling author Markus Heitz, whose latest novel, “Die Dunklen Lande”, was released in March 2019. The book is set in 1629 and contains the prequel to “Legacy Of The Dark Lands”.

BLIND GUARDIAN‘s previous “regular” studio album, “Beyond The Red Mirror”, was issued in 2015. It was the band’s first LP since 2010’s “At The Edge Of Time”, marking the longest gap between two studio albums in BLIND GUARDIAN‘s career. It was also the group’s first album without bassist Oliver Holzwarth since 1995’s “Imaginations From The Other Side”. 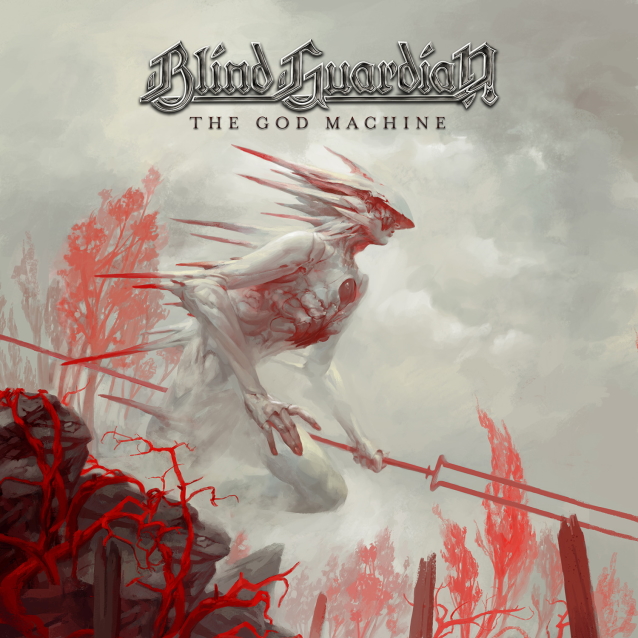 “In The Soop: Friendcation” Ends On A High As It Ranks In The Top...

Son of John – Each Second Footstep