It wasn’t just BLINKs who couldn’t contain their excitement! 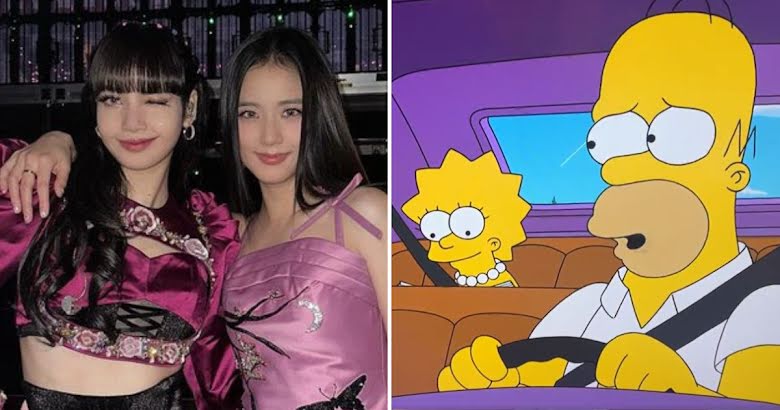 Since debuting in 2016, BLACKPINK has been gaining popularity worldwide with their talent, visuals, and charming personality.

With this rising popularity, the members have made unexpected appearances in television shows, including K-Drama Extraordinary Attorney Woo.

Recently, BLACKPINK gained attention after the group made an unexpected cameo in the well-loved show The Simspons.

In one of the clips, the character Lisa is sitting in the back of the car while her dad, Homer, is driving.

During the show, Lisa has made it clear she loves jazz and even plays the saxophone. Yet, when they’re in the car and Homer asks if she wants to listen to jazz, Lisa replies, “I’m not in the mood for jazz. Let’s listen to my second favorite…”

Homer then tries to guess what it could be, listing genres like salsa, old-school rap, and others.

Lisa then says proudly, “I like K-Pop dad,” and Homer tries to pretend that he knew it all along.

All the characters in the car, including Duff Man, then start singing and dancing along to none other than “Lovesick Girls” by BLACKPINK.

Of course, “Lovesick Girls” is one of the most iconic songs in K-Pop, with catchy lyrics, an addictive tune, and the truly iconic visuals of the members.

When the video was shared, BLINKs and netizens had to share their reactions to the iconic yet unexpected cameo. Although the show has made K-Pop references in the past, it always raises excitement whenever it happens.

If BLINKs couldn’t contain their excitement, it seems like the members themselves also shared their reactions. After the clip was shared on social media, member Jisoo posted the clip on her Instagram with the caption, “Gahhh, is this real? Oh yeah.”

K-Pop is constantly showcasing its global influence by making the most unexpected cameos on mainstream television.

You can read more about K-Pop references in The Simpsons below.