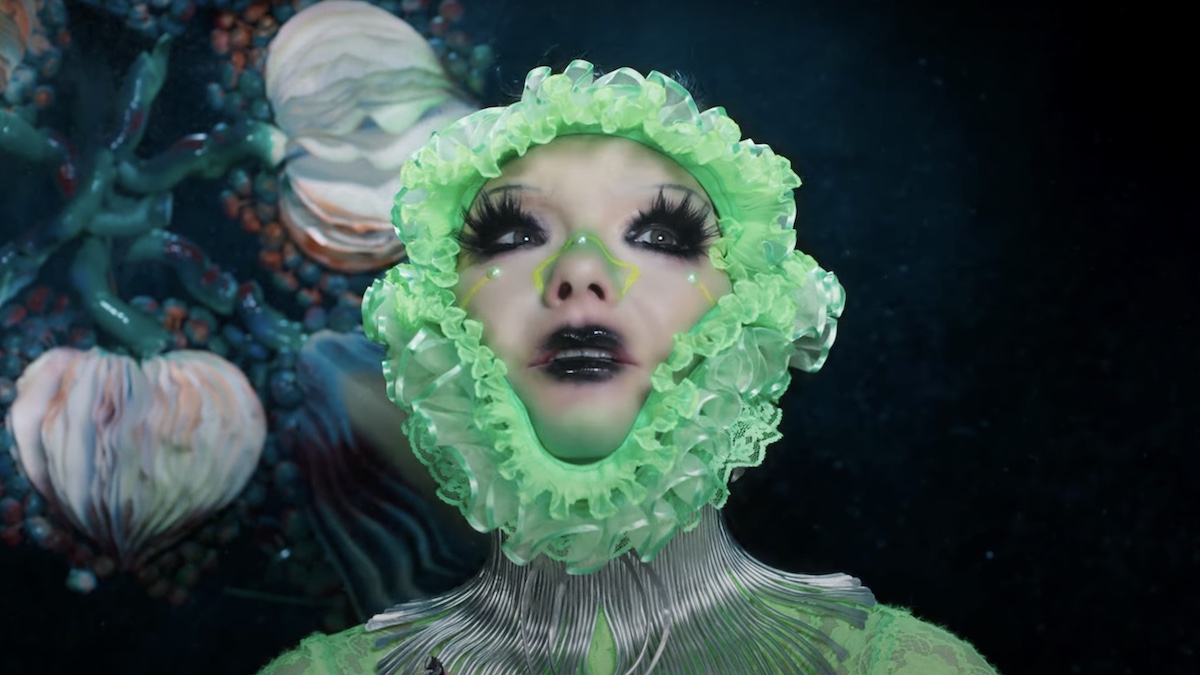 Björk has unveiled “Atopos,” the first single from her new “biological techno” album, Fossora. What is biological techno? Whatever you may have had in mind, it’s probably not as unorthodox as Björk wearing a floor-length moss dress to an underground rave, as she does in the video for “Atopos.”

In a social media statement, Björk made a request to listeners”: “Because of the enormous importance of bass in this song, could you please play it loudly?” she asked.

She also penned a letter to the video’s director, Viðar Logi, writing, “Thanks for all your joyus celebratory energy and for being up for taking on all the challenges i threw at you !! you transformed all of them into a viðar logi vision, i couldn´t possible have had a better visual partner in the pandemic… i am so incredibly grateful for our journey, i can´t believe the amount of things we´ve done in the last 3 years !! can´t wait to share it with the world !!”

Tyler Childers Announces Can I Take My Hounds to Heaven?

Turn up the volume and check out the video for “Atopos” below. Fossora is due out September 30th and pre-orders are ongoing.

At the beginning of September, Björk launched a podcast series about her discography. Later this year, she’s set to play Primavera Sound’s new Latin American festivals.

The Roots’ “Captain” Kirk Douglas Debuts Uplifting New Song & Video “We Can Be...