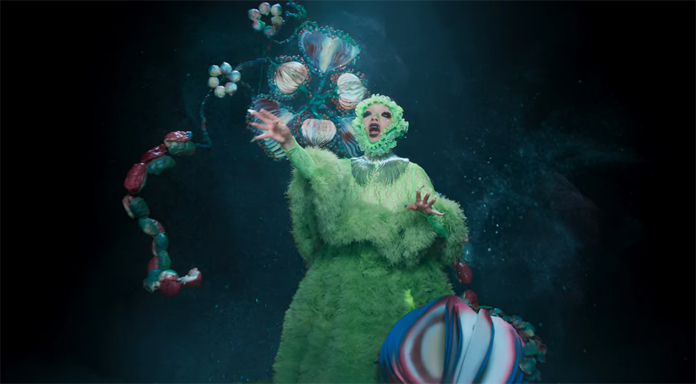 Fossora Due Out September 30

Björk is releasing a new album, Fossora, on September 30. Now she has shared the album’s first single, “Atopos,” via a weird and wonderful video for the new song. Viðar Logi directed the video, which features the Icelandic singer in two different ellaborate outfits as she performs with a bass clarinet sextet and a DJ. Watch it below.

In a tweet yesterday, Björk wrote that the song “is a good intro …. kinda like Fossora’s passport. Sonically a heavy bottom-ended bass world we have 6 bass clarinets, punchy sub drilling, nesting and digging us into the ground.”

In a previous Instagram statement alongside the album’s announcement, Björk wrote:

Björk also recently announced the release of a new podcast, entitled Björk: Sonic Symbolism, which will premiere on September 30 via Mailchimp Presents and Talkhouse.