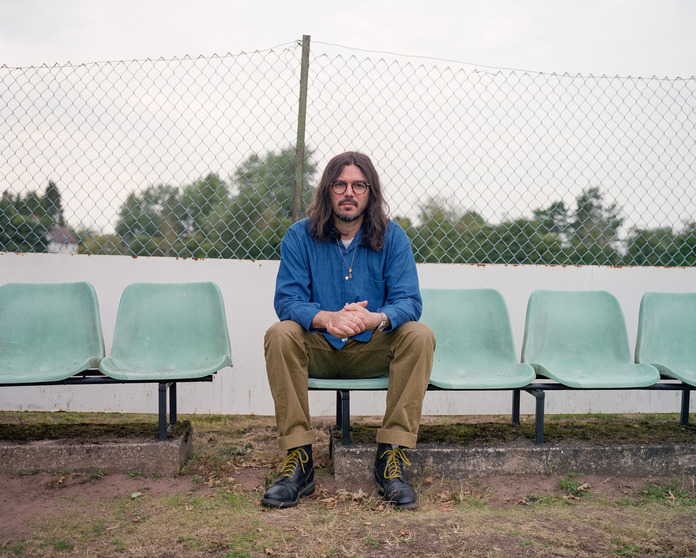 Bibio (aka Stephen Wilkinson) has announced the release of a new album, BIB10, which will be out on October 21 via Warp. He has also shared a lyric video for the album’s lead single, “Off Goes the Light.” View the lyric video, shot and edited by Wilkinson, along with the album’s tracklist and cover art, below.

Wilkinson elaborates on the new album in a press release: “My influences for studio production mostly come from the ’60s, ’70s, and ’80s where the craft was very different—getting a more polished sound, without ironing the humanity out of it, was part of the ethos.

“I became more obsessed than ever with guitars in the last few years, particularly vintage guitars. This album is an ode to guitar in a very different way, with the guitars more like building blocks of a larger structure, and the subtle variations and differences with each guitar’s tone and color make the album more nuanced. I don’t think of it as a guitar album per se, but I feel the foundation to all of the tracks is guitar.

“I think as ten is such a milestone album, I wanted it to be more of a party album. It also has its dreamy and melancholy moments, but there’s a lot of fun and playfulness in this album. I hope people get up and dance to some of these songs.”

Bibio’s previous album, Sleep on the Wing, came out in 2020 via Warp.

GAYLE cancels Avoiding College fall tour, is “still learning how to be an adult”...

Kim Sun Ah On Why She Chose To Make Her Long-Awaited Return To Small...